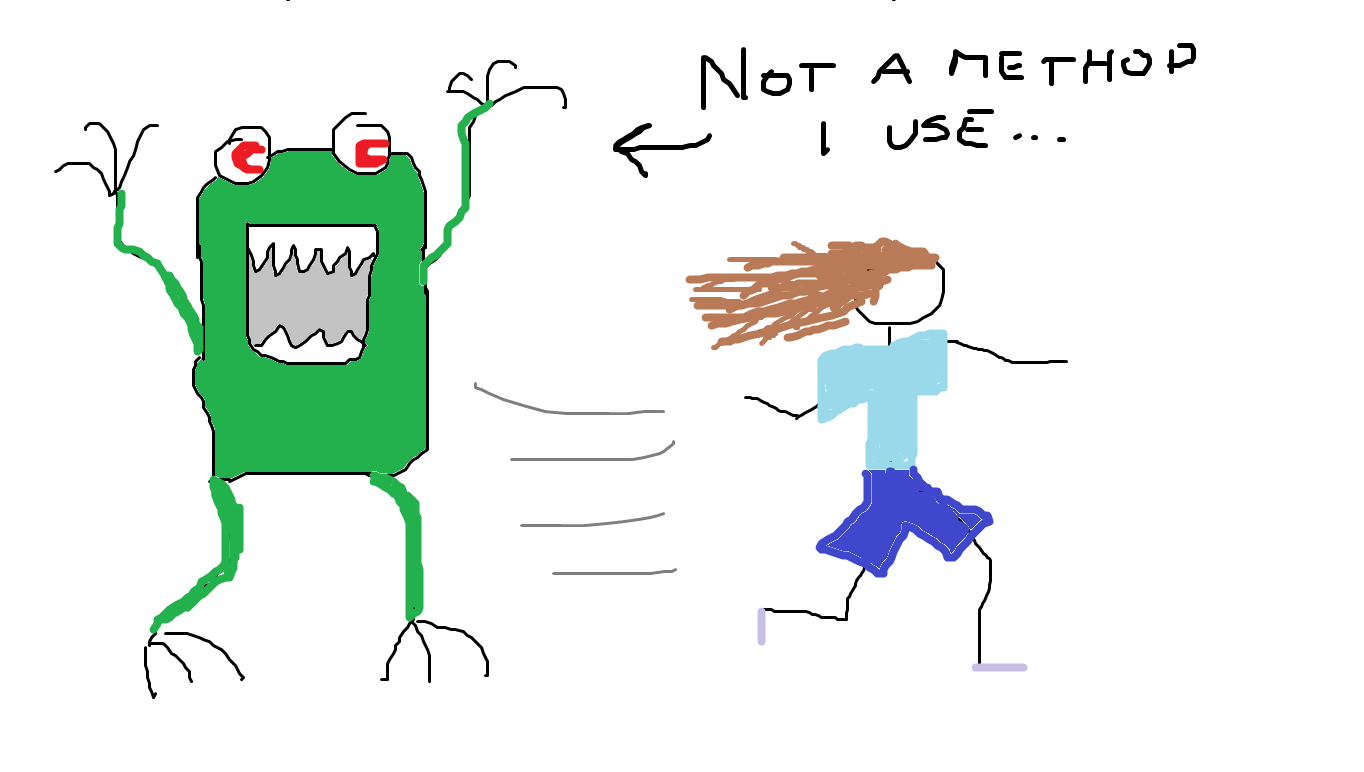 I am not a runner. I can kind of run, sometimes, but I would never call myself a runner. Once upon a time I used to do well in the local primary schools’ cross country competition. At secondary school I was always entered in the 1800m race at sports day because people knew I would keep going. Managed to get a third place once.

But I only started running again as an adult fairly recently. The full story is told in I Got Off the Bus and Ran 5 Miles Home but in short: I was often running late (literally) and couldn’t believe how bad I was at it. Something had to change.

The problem was (is) that I associate running with something I’m not. Either lean, mean and lycra-clad athletes or a group of mums jogging in the park. I know neither of these are full representative of the running community, but I need to outsmart my brain.

3 Steps to Tricking Yourself into a Run

Here are the simple steps I follow to trick myself into running. I should say that I still have to follow these, even when I know I might enjoy tearing around in the woodland trails. Just getting over that first bit of resistance and leaving the house if often the hardest. See my explanation of the Normality Hole here for a Physics-y reason why.

Anyway, here’s what I do. You’ll notice that there aren’t really any pictures for this blog because, like I said, I’m not a runner…

Saying that I’m going for a run is like sticking my neck out and saying I’m a runner. So I can’t be doing that. To avoid this problem I tell everyone, including myself, that I’m going for a walk. That might be phrased as a “quick walk” or “I’m just going to run into town” – which everyone says but few people mean literally.

Okay, so I do feel slightly like I’m lying as I leave the house in leggings to go on my “walk”. But lots of people wear leggings all the time, I tell myself.

If I were going for a walk, I would probably wrap up warm. But instead, I wear one less layer of clothing that I would normally think necessary for leaving the house. (As you can tell, I haven’t done any running in summer yet… and will not be doing so topless!) I always wear trainers and usually leggings to go on this special type of walk.

Now, when I leave the house, I feel cold. If I want to do something about that, I have to obey the laws of thermodynamics. That is: work is heat and heat is work. If I want to get warm, I have to move faster and put in more effort, generating heat.

This tends to be a battle of wits between me, the weather and the terrain. Usually, I’ll start by just running the downhills. Then carry on with the flats because I’m probably still feeling cold.

I got back into running by simply not having enough time to walk between places. There was no choice but to run. Sometimes I use this tactic, by telling whoever’s in the house what time I’ll be back – or how long I’ll be gone. That commits me to finishing my route in time.

Alternatively, I will pick no specific route and evict myself from the house for a set amount of time. I have to go somewhere or I’ll get cold. But it doesn’t really matter where and I’m under no pressure to run at any point. I’m going for a walk after all…

So there’s the truth of it. That’s how I get myself out the house and not-running. Maybe one day when I’m able to keep running without walking, I’ll consider myself a runner. A bit like when I cycled up a hill for no reason and figured I must be a cyclist… It’s funny how complicated labels can become in our heads. For example, I always thought I was going for a walk in the hills but turns out I was fast packing. Who knew?!

If you intend to have a go at a not-run like me, be warned that you can get yourself in a verbal tangle. Recently I managed to have a conversation which started:

“I don’t go running, but when I do I sometimes wear….”

This Year I am a Person Who Runs

I Got Off The Bus And Ran (5 Miles) Home

100 Women who Walk or Run Solo