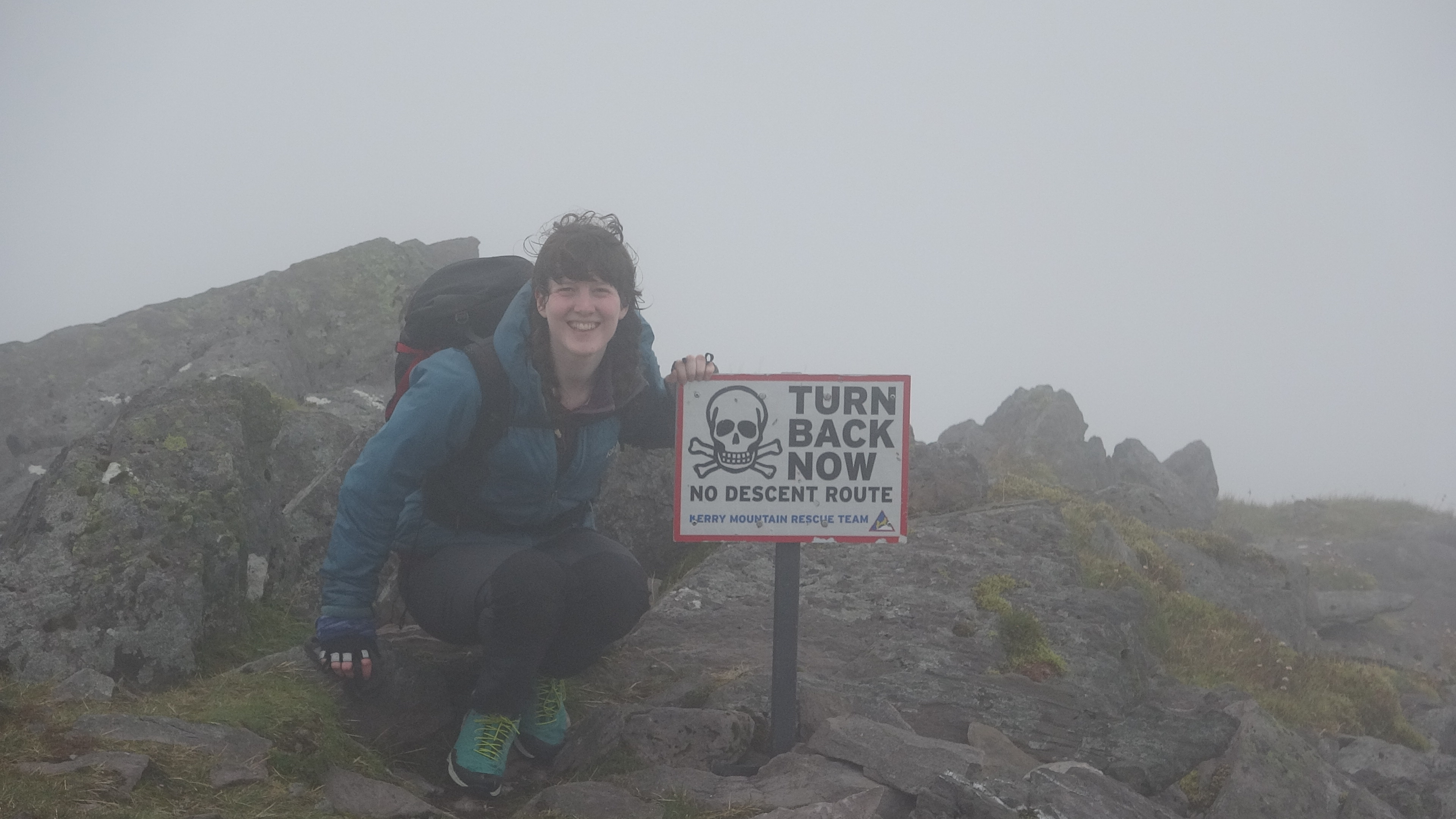 Judgement. One of the biggest fears of anyone planning an adventure. In fact, a fear that often makes fear of failure – or any other fears about the adventure itself – pale into insignificant.

In this post, we’re going to chat about what fear of judgement really is and how to deal with it before going on your adventure.

What will they think of me?

We have all been there. We have an idea for an adventure that’s been brewing inside of us. It’s starting to get exciting. It might actually happen… and you are bursting to tell someone! But there’s something stopping you: fear of judgement. What will they think of me? What will they say?

This fear comes from two main places. Either you’ve never done anything like this before and your mind is full of objections people might make, or you’ve tried to tell someone an idea before and they’ve squashed it flat. It might not even be the same person you’re telling again, but you’re scared everyone’s going to behave the same way. Both you and your adventure will be rejected.

My first suggestion for you is to try in either case. Try to tell someone. Try to pitch it to them in a way that they’re least likely to throw objections up at. You can always back-pedal and tell them it’s just an idea if things are going sour. But, chances are, they might be more encouraging than you think.

Tips to deal with fear of judgement

These tips are for dealing with pre-adventure objections. Typically, fear of judgement comes into adventure when the adventurer announces their plans. They’ve stuck their neck out and semi-committed. This leaves them vulnerable to all sorts of comments, cautions, objections and judgements from people whose opinion they value.

Here’s my top 5 tips for dealing with these situations:

1. Remember they aren’t your fears

One of the things I hate most about announcing an adventure is the tirade of “can’t”s and cautions that often come back again. For example, when I had a small article in the local paper announcing my solo expedition across Dartmoor, lots of people expressed concerns for my safety. Most of these people chose to tell their concerns to my mother. One went so far as to suggest I take a long knife against intruders in the night!

Remember that most people’s judgements of your adventure are actually their own fears. No one was thinking about me as a competent walker with years of experience on Dartmoor. Nor considering that I’m in Dartmoor Rescue, have an ML and am pretty decent at navigation. Instead they were all imagining themselves (or a young female version of themselves) in the same situation. I had no reason to share their fears.

2. Brace yourself for a push back

Negative comments about your adventure are almost inevitable. Part of this is a protection thing. As we’ve already established above, people are scared for you and will try to discourage you from even starting. Humans are naturally wary of change, particularly those nestled deeply in their normality hole. This push back, believe it or not, is actually them expressing that they care for you.

When I first told a friend about my plan to do all the tors in one go, her response was along the lines of “you can’t do that you’ll die”. I lost count of the number of times someone told me that I wouldn’t be able to carry all of my food. But deep down I thought I could, so I’d just politely say “well, I’m going to try and see if it fits”.

If you can detach yourself emotionally from people reactions, you can use them as gauge for your adventure. For example, Alex Staniforth talks about how he uses him Mum’s reaction to his adventures to tell if they’re challenging enough.

3. Wait until the last second to tell them

There will be some people in your life who you’d love to tell about your adventures. You want them to love the ideas as much as you do and to share in your excitement. Unfortunately, sometimes they just won’t. The more you have adventures, the more you’ll learn which close friends and family members just don’t get it. In this case, I’d recommend waiting until you’ve answered most of the objections before telling them.

This can be quite hard, but it’s often better for everyone’s happiness. They don’t spend any time worrying about you and you don’t spend any time battering away their fears. If you need to tell someone immediately, go and find people who think it’s normal or will be encouraging. For some people this will be friends in real life. For others it will be online groups of like-minded people.

Remember that a person being negative about your adventure doesn’t mean that they don’t like you. As we’ve discussed above, it’s not about you – it’s about their own fears being projected onto you. Who knows, maybe you doing it anyway will help them to overcome their own fears.

We have friends from all manner of places. Some of them will get your adventuring. Others won’t and simply never will. That’s ok. It’s healthy to have lots of different types of friends. And if they’re going to break friendship with you over you doing something that you enjoy… maybe they’re not a good friend after all.

The first adventure announcement is usually the hardest. Particularly if this is something new for you and very different to your normality. But the more adventures you successfully start, the more people will associate you with adventures. That’s just who you are.

I’ve found that I’ve gone from being scared to tell anyone about what I’m planning next, to people actively asking me what I’ve got lined up. If adventure is who you are, then remember to Be Yourself and with time people will accept that’s part of your identity.

How did you announce your adventure? How have you dealt with fear of judgement? Let me know in the comments below!