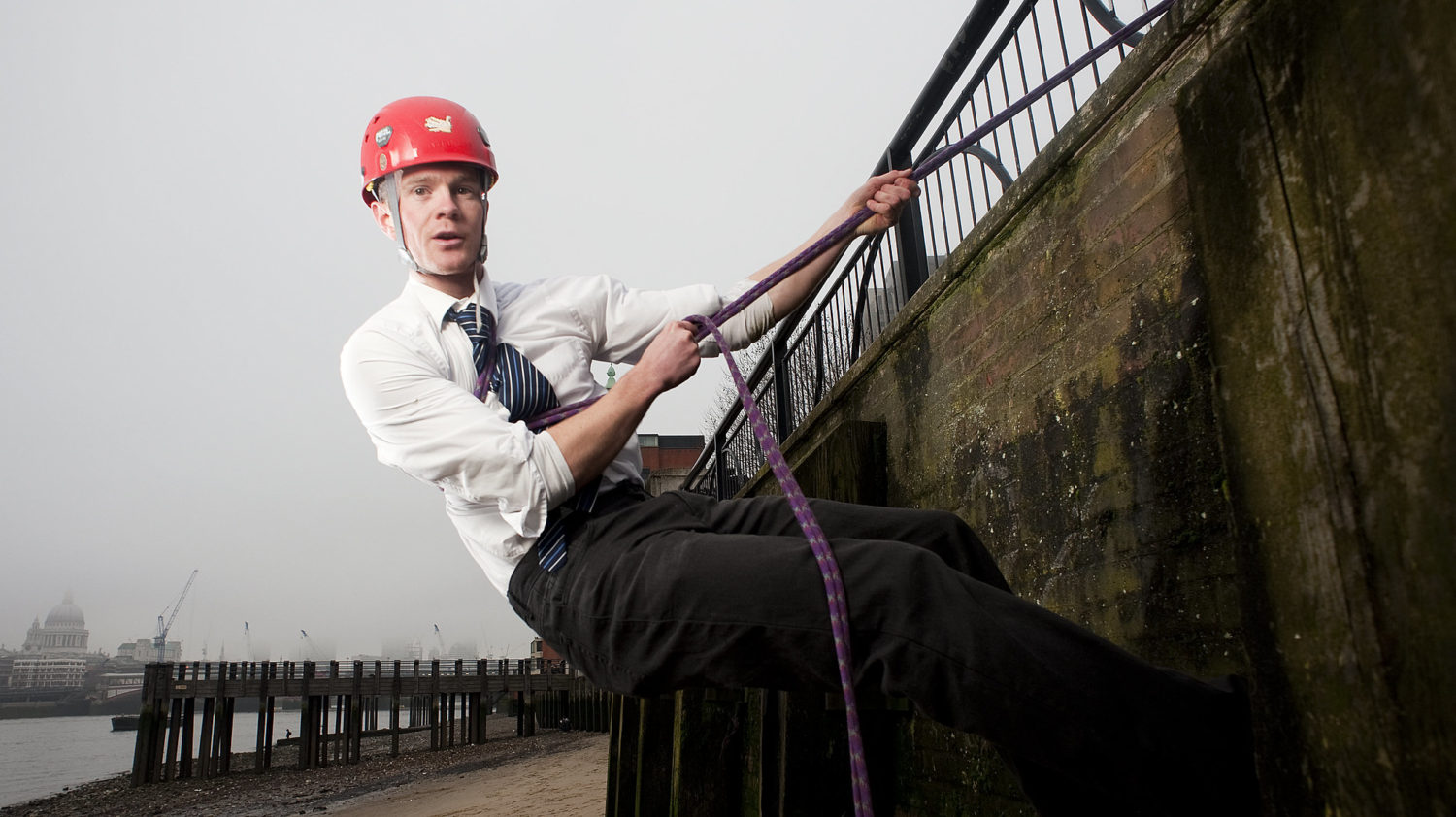 Tim Moss is a British adventurer. Tim has done a huge variety of adventures: from running the London Tube lines to cycling round the world, to mountaineering expedition. But, best of all, he’s supported over 100 other adventures worldwide through his expedition grant.

I first encountered Tim through this grant, when I applied on a whim (back when the All the Tors Challenge was just a crazy idea). To my surprise, I won – along with a cohort of other interesting adventures.

Anyway, let me hand over to Tim for how he got into the adventure world and what he does for a living…

If I was asked this question in any other circumstance then I would say that I am an accountant. That’s what I do every day, from 9-5 in an office and that’s what pays the bills.

However, my online persona is as “an adventurer”. Specifically, I use my profile to help other people go on adventures. I do that in three ways:

My parents were into walking when I was a kid. As a teenager I used to complete long distance trails with my friends, so I’ve always been into the outdoors.

At university, I saw a poster advertising expedition grants and succeeded in getting funding for an expedition to climb new mountains in Kyrgyzstan (a country I’d never heard of at the time). I undertook similar expeditions every summer while at university. Then, whilst waiting for PhD positions to open, I took a job at the British Schools Exploring Society (now ‘British Exploring’).

I left that job to start my website – The Next Challenge – and work freelance, helping people to go on expeditions. In many ways it went really well.  I worked on South Pole and ocean rowing expeditions, published my first book, set a Guinness World Record, spoke at St James’s Palace and got invited to meet the Queen! But as a business it was a disaster. I never gave any real thought as to how I would make money from my plans and, because I’m not particularly motivated by money, I always chose interesting opportunities over ones that might pay.

After a few years of this, combined with the isolation of working from home on my own, I became depressed and knew that something had to change. So I got a normal job which gave me some human interaction and a sense of self-worth (as well as a regular income) and now do the adventure stuff in my spare time.

It seems common to assume that the best way to have adventures is to become “an adventurer”. It probably isn’t – so it’s nice to be asked about how to mix adventure and career, rather than just make adventure the career.

I think it just requires a little creativity. You have limited time available: annual leave, weekends, evenings and lunch times. That might not sound like much but, with a few key exceptions, most of my expeditions have fitted around a full time job:

When I was a student, I was lucky to get grants for many of my expeditions. Although even then, the grants would typically be for a few hundred pounds and I paid for the rest out of savings. (I had a very boring gap year, working full-time and saving money).

Otherwise, I just save up and pay for trips myself. There are a few key factors in this:

1. I am a cheapskate. I’ve never been highly paid (until last year, I always earned below the national average) but I spend very little. I cycle to work, my phone not-a-contract costs £7.50/month (and I am considering downgrading), approximately 50% of the food I buy has a yellow label on it and I never buy clothes unless I’ve been given a voucher for my birthday.

My one indulgence is cool holidays so that’s what I prioritise. I use Al Humphreys’ “Grand Adventure” idea and put aside £20/week for expeditions for this purpose.

2. I am a cheapskate. So all of my “expeditions” are done on a shoe string. I crossed a desert for ~£20, cycled around the world on £406/month (and that includes everything that we spent) and once set out to have an adventure with the £100 I was given for Christmas.

3. I’ve had lots of sponsored equipment. No one has ever sponsored me financially for an expedition, but I am often sent equipment to review, test or use on a trip. That is because I have built a website and social media following over many years… and I spend ages writing nerdy equipment reviews.

I publish the cost of all of my expeditions, including how I fund them and what sponsored stuff I got.

How should readers interested in writing books get started?

I’m not a professional author (I’ve written two books) so am probably not best placed to answer that question.

However, my one thought is that writing a book about an adventure is quite a high bar. I guess you either want to have done something really interesting or be a really good writer. I was doing expeditions for 10 years before I did one that I thought was worth writing a book about (cycling around the world).

How about getting started with blogging?

Blogging is a much easier thing to get into and the best advice is just to start. No one’s very good at blogging when they start and no one’s blog is popular on day one. It takes time and there is no better way to learn than on the job.

I’ve talked a lot about myself, but the one thing I would like to promote is my expedition grant. We fund at least 10 expeditions every year and it really is open to people of all backgrounds. It’s primarily aimed at those who have not done much adventuring before.

Applications for 2020 open in the autumn: www.thenextchallenge.org/grant