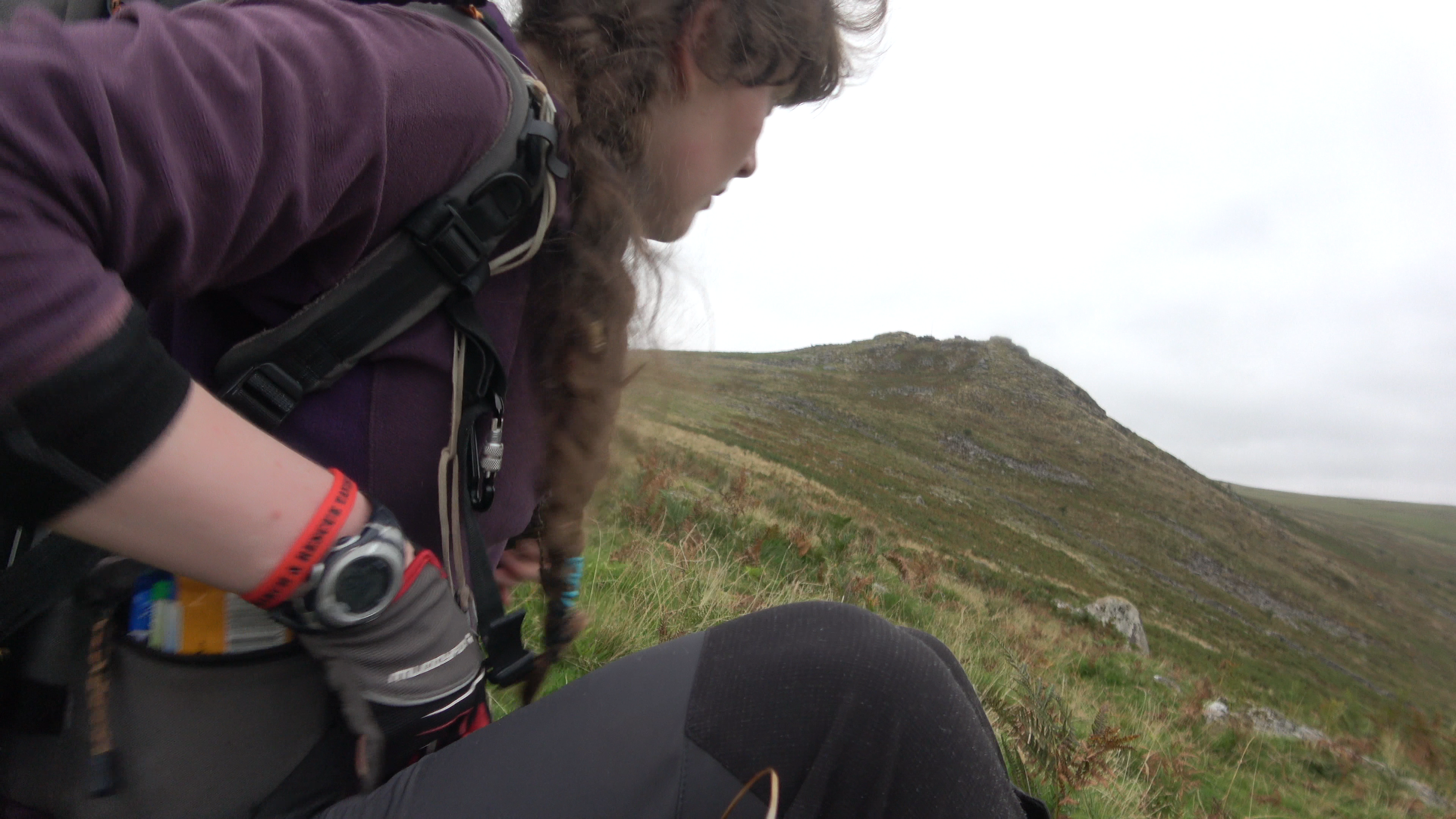 I distinctly remember the first time I went for a walk on my own in the mountains. It was a glorious summer’s day in Glen Coe and I was 19 years old. My university walking society spent a week in Scotland after exams every year. That year, I had gone only because I was President and therefore organising the trip.

Trouble was I was suffering from knee problems and Scotland = big hills! My expectations for the trip were very very low. It seemed like I only had a couple of options: slow up other groups, sit in the hostel on my own, go geocaching with the minibus driver or… walk on my own…?

My overwhelming memory of setting off on my own into the Scottish hills was it felt… naughty. Like when you’re doing something you shouldn’t be at school or are sneaking behind your parents’ backs. I felt like I needed permission. But there was no one to ask. As a walk leader, I’d normally ask the President for a thumbs up and… well, that was me.

“Can I go walking on my own Emily?”

“Sure, Emily. The weather’s good, you seem fairly sensible and have a good amount of experience in the mountains. Let’s give it a go.”

Why I Walk Alone

Since then I’ve found myself walking alone more and more often. Every time it gives me an overwhelming sense of freedom. Particularly as someone who was brought up through an outdoors group training for challenges. We were always given our routes and walking in teams. Same for DofE and same, I guess, once I started leading groups – except then I was more in charge of where we went.

But having other people with you gives this sense of restriction and responsibility. If I’m taking a group of people out on the hill, I can’t just change direction on a whim. You have a plan and some plans B-Z in case of all eventualities. But if I’m walking on my own I am free to change my mind however I like. If I’d intended to climb a peak, but the one over there looks better, off I go.

Plus all the other reasons that Ruth expresses so well in her guest post about Women Who Walk Alone.

People are More Alone than Ever

The other main reason I’m walking alone more and more is by necessity. In this strange technologically connected world that we live in, I find myself short on friends to go for a walk with. If I waited for other people, I might never go. Plus anyway, organising other people can be a faff – at least, compared to packing a bag and stepping out of your door.

Until fairly recently, walking alone was just something I did when there wasn’t anyone else to be with. I didn’t make a big thing about it. If I wanted to walk and there was no one else, I’d just go anyway. It gave me a great feeling of independence.

But, don’t think that I haven’t had people concerned for me. I’m only going to mention it briefly, because I don’t want to spread their fears. Many people seem still seem to think it’s unusual for women to walk alone. It may take them some getting used to. But it is normal. The world has changed.

Part of the reason I’m writing more about solo female walkers (including me) is that we need to get rid of this fear. Of course, bad things can happen, but thousands of women go for walks alone every day. Okay, so I just completely made up that statistic, but you get the point. No one likes to report on “normal”. So instead we hear about the shocking, the bad and the ugly.

Watch this space for a list of 100 women who’ve gone on solo walking or running expeditions next week.

Then, I decided I wanted to try a solo expedition. In 2018, I did my first solo walking expedition aged 25. So consider that it took me 6 years from first solo walk to this 10 day expedition. That’s not because I’d been putting it off, I just hadn’t thought to do it yet. Plus, I couldn’t believe that I’d been wild camping hundreds of times throughout my life and never on my own. That needed to be fixed.

You can read more about my All the Tors Challenge on the link, but it was basically 300km over 10 days, self-sufficient and solo on Dartmoor. It was a local challenge very close to my heart.

I live in a small (but growing) town that’s still clinging to a village atmosphere. As in – everyone knows everyone. I went to primary school with the postman, that sort of thing. So announcing my expedition in the local paper was like giving everyone permission to voice their fears and opinions. Everyone felt the need to warn me against going solo.

Never did I feel unsafe whilst walking. It was just me and Dartmoor – and we go a long way back. There were barely any other people in sight, but that was mostly because of the poor weather, probably. In fact there were days when they could have been 5 meters from me and I wouldn’t have known!

The only time I felt nervous was camping in a place I’d never normally camp, quite close to a road. There were people walking past in the evening and then someone came up to my tent at night and said:

“Helloo? Anyone in there?”

Just once and then went away. Turns out it was someone I knew, but he didn’t think to say my name… Or try anything else, or tell me he was coming… And even that was less scary than walking past cows by that point!

You’ve probably got the gist from everything I’ve said already. Plus I still feel like I shouldn’t have to write this at all, just because I’m a girl. But here’s a summary of why I’ll be walking alone, whenever I feel like it, until I can’t walk anymore:

I think that covers the most of it. Have I forgotten something? Why do you walk alone?

100 Women who Walk or Run Solo