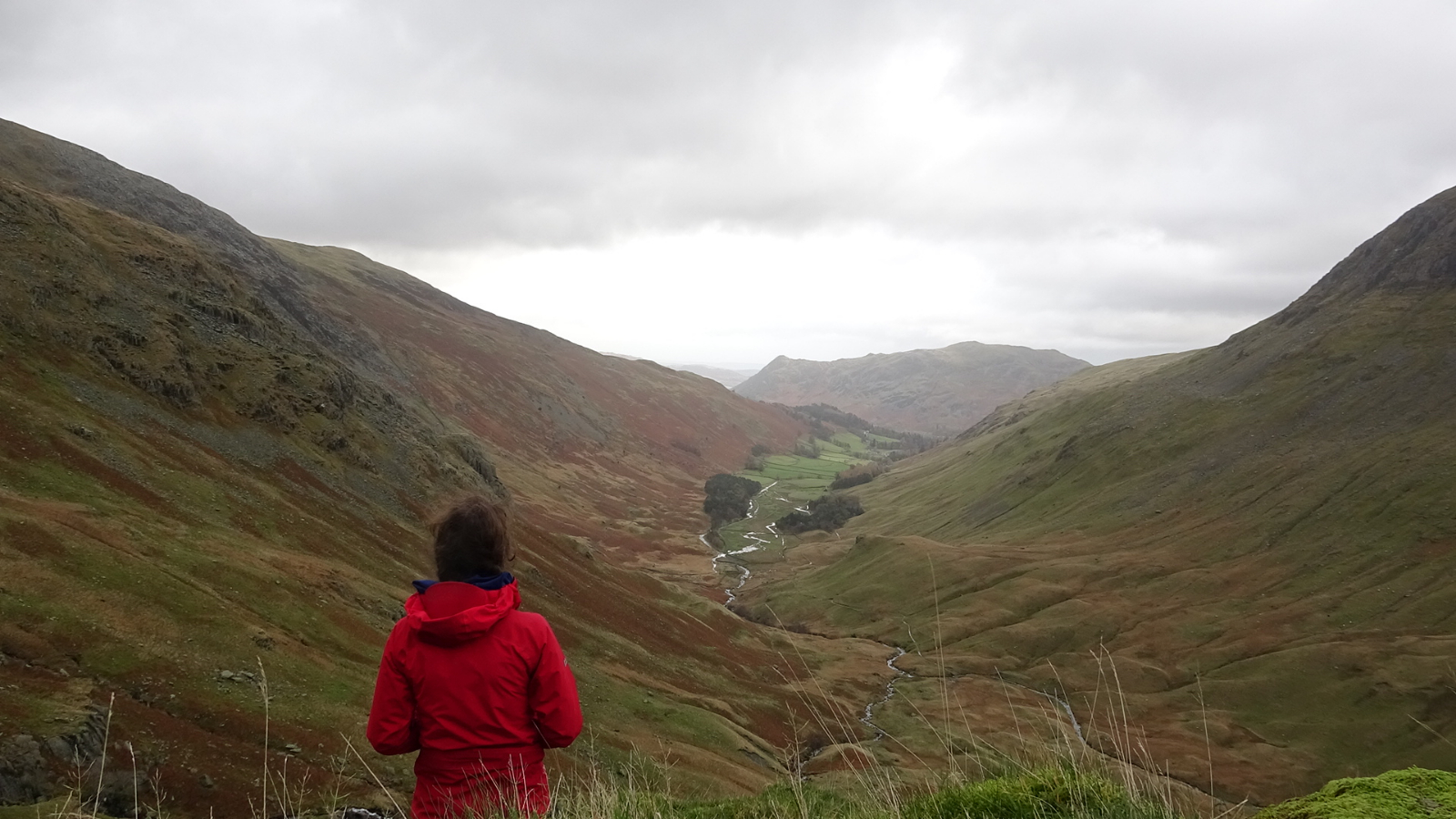 It’s a dark January evening. I’m lying on my lounge floor, on top of a beanbag, with a 600 weight down sleeping bag over me. Because the heating has only just turned on. Because, despite January sales and scouring Facebook Marketplace, I cannot find a sofa that satisfies three criteria: it exists, it can physically get into my house and it doesn’t cost thousands of pounds. Perhaps I am being too fussy – most likely I am in a state of shopping fatigue. I know what I want but I lack the fortitude to trawl through and find it. Or the space. Or the cash. Anyway, before this turns into a Tolstoy-esque sidetrack: I am on the floor and I am under a sleeping bag.

It seems rather arrogant, rather demanding, to state what I want from a year. The year doesn’t owe me anything after all. But my other Start of Year Post options were all ‘What to Expect’ or ‘Plans for the Year’. I don’t know about you, but I’m two years past knowing what to expect about anything. And plans seem altogether too definite for the way I’m feeling about this year. Of course, I will make plans. Probably in excess, knowing me. But that’s not really how I want to approach 2022.

For this year I do have three big, fairly specific goals I want to achieve. Heck, I’m feeling like oversharing, so I’ll tell you: to get my house to ‘Level 1’ (a liveable, acceptably shabby interior), to make a reliable freelance income (matching my previous salary) and to get a literary agent – heck, publishing deal – for the novel I’m writing. The last is, undoubtedly, the one that means the most to me. Which is why I put it last in the list, out of fear. We will talk more about it, and all things book writing, in due course. But for now, those are my three main aims: my quests for the year.

Everything else, from Mountain Rescue to Winter ML to press trips – I am thinking of as a side quest. And I mean this very literally, just like in a computer game. I have a tendency to want to go off and do all the interesting shiny things over here and then wonder why the big aims aren’t getting done. Extra specially because I’m freelance now, so I have seemingly all the time in the world to get distracted – and simultaneously none at all. Already I am having to hold back a sea of side quests.

But, what I’d like to focus on is not the outcomes, but the way in which I get to them. I guess, the way I aspire to live in 2022. That sounds very grand, but here are some themes and maybe you’ll understand what I mean.

Ever since university, I have been in a chaotic whirlwind of overdoing. That’s not to say I didn’t and don’t enjoy doing a lot. But it’s been 10 years now and I am so tired of it. Especially with everything going on in the world. It was a habit born out of distraction: my degree was making me very sad, so instead I filled up my time with everything else possible. (I feel like I’ve spoken about this before… will link if I can find it.)

But, this habit has carried on into work life: doing full time employment and adventure on the side, doing full time adventure job and my adventures on the side. Until right now. Where I find that, even though I’m doing all things I enjoy, I am unable to enjoy even half of it, because there is simply too much. Everything is in the way of everything else, so nothing is that fun. It’s just one thing after the next.

I also don’t like the type of person this is turning me into. I’m busy. And although we’ve been indoctrinated into thinking that’s good, I don’t want it. After all, busy is lazy thinking and indiscriminate action. And it’s true that I often don’t have the time to stop and work out what I’m doing… because I’m too busy trying not to drop anything.

Recently, over Christmas, I had a little Austen binge. By which I mean, I remembered Lost in Austen existed and wondered if I remembered it right. Then discovered all the episodes were on YouTube. Anyway, it struck me how slow and stately people’s lives are in these stories. They have time to spend hours in the garden or learning to play the piano or embroidering. Not that I’m saying anyone would want to do that all the time, but part of that charm is the pace – and I’d like a bit more of that please!

So, after having basically no time off over Christmas and already being weeks behind every target I’ve set myself, except for client work, I am going to create buffer. And that will start with scheduling this blog post for February. Rather than being in a constant battle to keep up with weekly posts, week by week, I’m going to schedule ahead. And believe me, it is so tempting to put this post out on Thursday. But then I’m back exactly where I am now, only for next week. This is just one example, but there are many aspects of my life where it’s time to admit that I need a pause.

Defaulting to Outside and Active

Last year I realised something horrible: I was a resident of the Internet. I didn’t have an office or anyone I was meeting up with regularly for a chat as part of daily life. Without a common room for colleagues or peers, I was popping into Twitter to see what people were chatting about. Or having a look at YouTube for long podcasts or even, to my extreme surprise, D&D campaigns – but basically groups of people socialising or having long chats.

I am in an unusual position where I can decide exactly how I spend my working days. Yet, despite not having an employer telling me to sit inside at a desk from 9-5+, I was still doing it. Which is madness really, when it’s something I would never choose. So this year I’m going to experiment with resetting my default to outside the house. Partly because that’s where I feel best – or perhaps feel at all… Partly to see if it’s possible for an internet worker to actually do. By the time you read this, I’ll be over a month in. There will be more details about it on the Adventures page soon (which has a current projects section now too – oooh look at me, aren’t I swish).

My other default is sedentary. I know many people will find this hard to believe, but there are honestly days when I don’t leave the house (or were, haha). I could very easily spend all day curled up in a duvet with a book or twenty. Part of this is that I never know where or how exercise fits into a daily schedule. So I do lots when I’m away on trips, or out leading, but not much in between. Except simply getting places: I don’t have a car. But I still haven’t quite worked out how to persuade myself to go on a circular loop from home for fun. I need a purpose.

Also, I have made a radical decision that this year I am a person who runs. Note: not a runner. More on this later.

I’m not too happy with the choice of words on that, but you get the idea. When it comes to content particularly, I’d like to get to the end of the year and tally that my creative output was more than media input. I’m not going to meticulously measure that, just be aware of it. And I’m going to have it in mind for other aspects of my life too. Output greater than input.

How I’m thinking about Social Media

But, as a traffic source, social is pretty sporadic. And frankly, I’d rather put my energy into my strengths than focus on building a social audience. I’m happy if it happens as a by-product of blogging and I do love talking with people. But since SEO and organic search traffic have always been my forte, I’m going to focus on that. Plus I would always much rather write a monthly letter (or email) than stand on the social media stage and shout, “Hey! Look at me! I published something!”

So don’t think this blog is going to change. It’s still just me talking to you. But if you just follow me on social media, it’s going to get a bit quiet. I’d seriously consider signing up to my Adventure Squad newsletter if you’d like to stay in touch. It’ll be a monthly-ish letter, written a bit like this post, sent directly to your inbox. It will include everything I’m up to, not just what I’ve been writing on the blog, and anything you can look out for in the future. Plus occasionally random pictures. Like when I knitted a doormat out of a climbing rope and two ice axes…

Staying in my Lane

I can’t remember which race or event, or even which year it was. But I was once shown a video clip of the end of a sprint. There were two or three people very closely placed. They’re nearly at the end of the race. The runner slightly ahead of the others looks to their right. As soon as they look out of their lane, the others are able to overtake. I’m fairly sure that when I was shown the clip, we were being told that there was science in this: the looking caused them to slow down. But either way, it makes for a great metaphor. The person who stays in their lane and keeps looking ahead gets to their destination quickest.

It is so tempting to get distracted by shiny objects. It’s so easy to look across at what other people are doing and think that you need to start doing that as well. I’m going to try my hardest this year to have ideas, stick with them and see them through to the end.

Anyway, that’s probably enough announcements and introspection from me for now. How has your year been going so far and what do you hope it will bring?

Thoughts On Being Alright