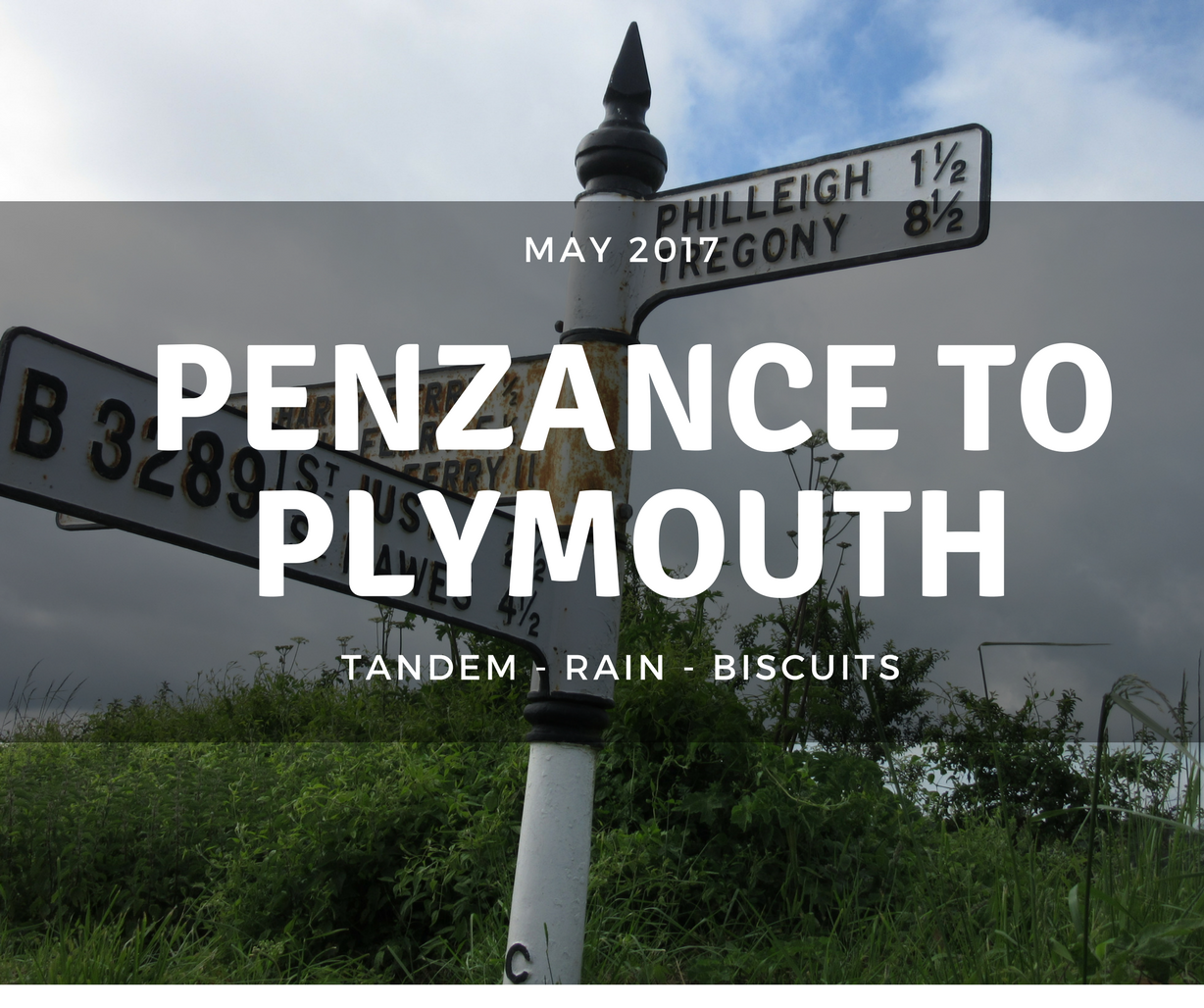 Cycling from Penzance to Plymouth on a tandem, over a long weekend.

There was no particularly grand plan for this trip. I live locally (ish) and had a spare long weekend in May. I was aware that there was a cycle route from the tip of Cornwall back towards Devon and had never cycled it. I was also aware that you could take bikes on trains from Plymouth to Penzance. Better still, a bit of investigation revealed that you could take a tandem. That sounded like a bit of a laugh, so we booked a ticket.

We took the train from Plymouth to Penzance and then started cycling back on Sustrans Route 3. But there were a lot of diversions, so I’m not sure that we kept too closely to the actual route! We then switched to the scenic (foggy) south coast through St Austell, Fowey and above Rame Head/ Mount Edgecombe to take the ferry into Plymouth.

There is a ferry across to Plymouth at Mount Edgecombe that will take bikes (which we used) but the Torpoint ferry is free for cyclists at time of writing. We had to do another ferry crossing just after Trelissick, who were fine with a tandem bike. Usually, if you are charged per bicycle, you only get charged once – despite having two people.

I was experimenting with film on the weekend, with just a compact camera. So instead of writing up a blog post, I put together a small film montage of the trip. It’s nothing grand, but it’s almost a story. It’s really good experience trying to create a narrative out of the clips you’ve taken. In my experience, I realise that I’ve missed out important pieces altogether. Or not recorded enough at the end of a trip, or when the weather has been too miserable.

Anyway, enough of my musing about film making. Here’s the little video: