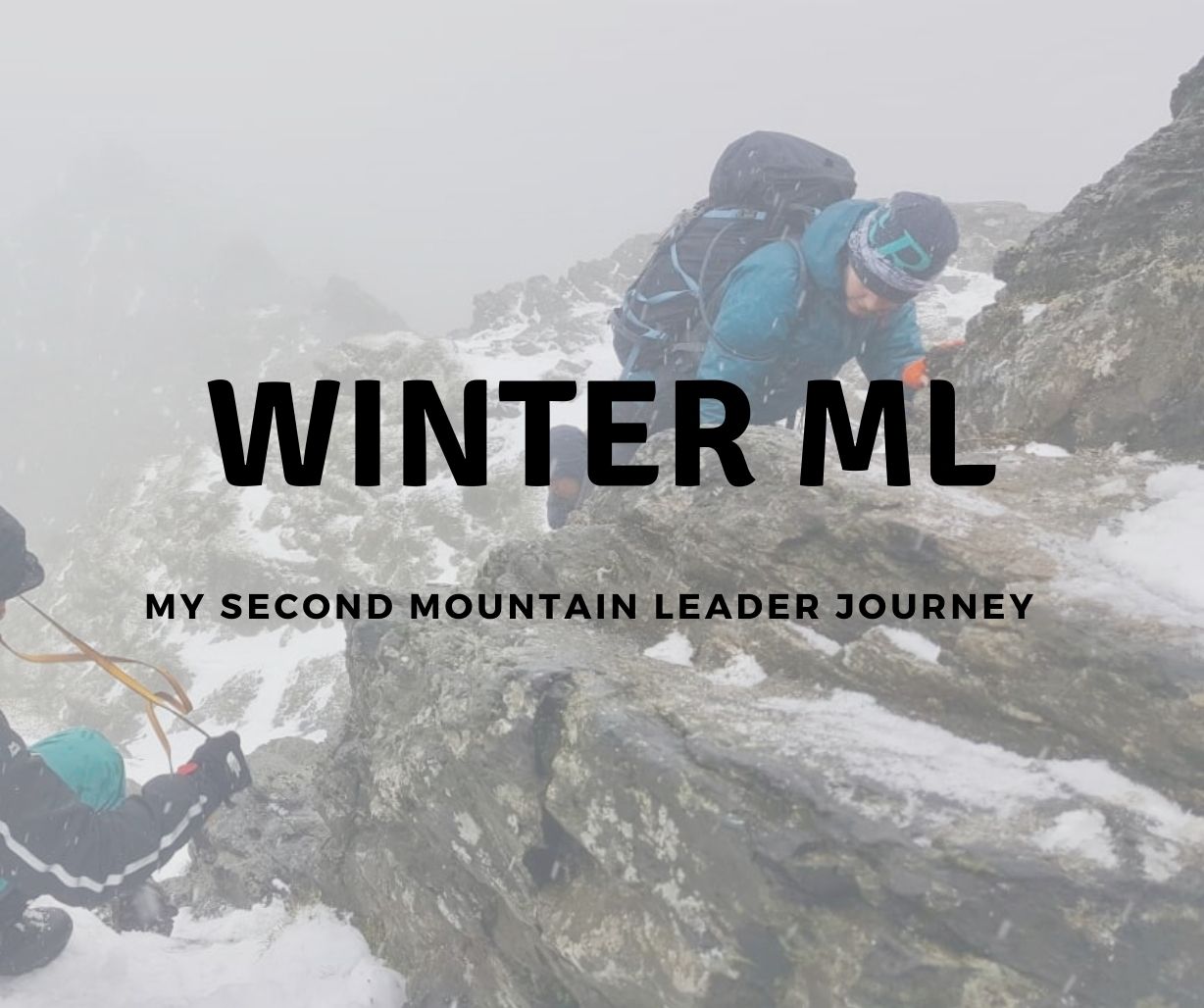 The long road to becoming a qualified Winter Mountain Leader.

I passed my Summer Mountain Leader assessment in 2018. At the end of the week, lots of people were leaving in a hurry and I ended up taking home a fair bit of our group’s lost property left at the hostel. After posting most of it back to people there was one pair of winter gloves left. No one claimed them, so I kept them. (Yes, it bothers me too that I might have accidentally nicked them, but they were in the same pile as things that were claimed.) I hadn’t even thought about starting on Winter Mountain Leader, but those gloves felt like someone almost literally throwing down the gauntlet.

The more I did in winter with friends, the more I found myself being at the more experienced end of the group. And that can be pretty alarming when you realise you’ve just picked things up from the people around you. Maybe that’s just how we learn anything outdoors, but it felt odd to have got so far without even one person who actually officially knew what they were doing giving a thumbs up. So I decided it was time to get back on the Mountain Training ladder.

Here are a list of some of the ridges and gullies I’ve done in winter conditions in the UK. Mostly just for interest, really. Not sure you really want to read my entire logbook of QMDs! I might have done them several times too…

And of course, many things that we’ve showed up to and the conditions have been wrong. Next on my hit list are the Aonach Eagach (loved it in summer), a grade 1/2 on the north face of Ben Nevis, something on Aonach Mor and lots in the Cairngorms. Especially the Fiacaill Ridge, that we had to abandon because it was too windy to even get to the bottom, and some more gullies.