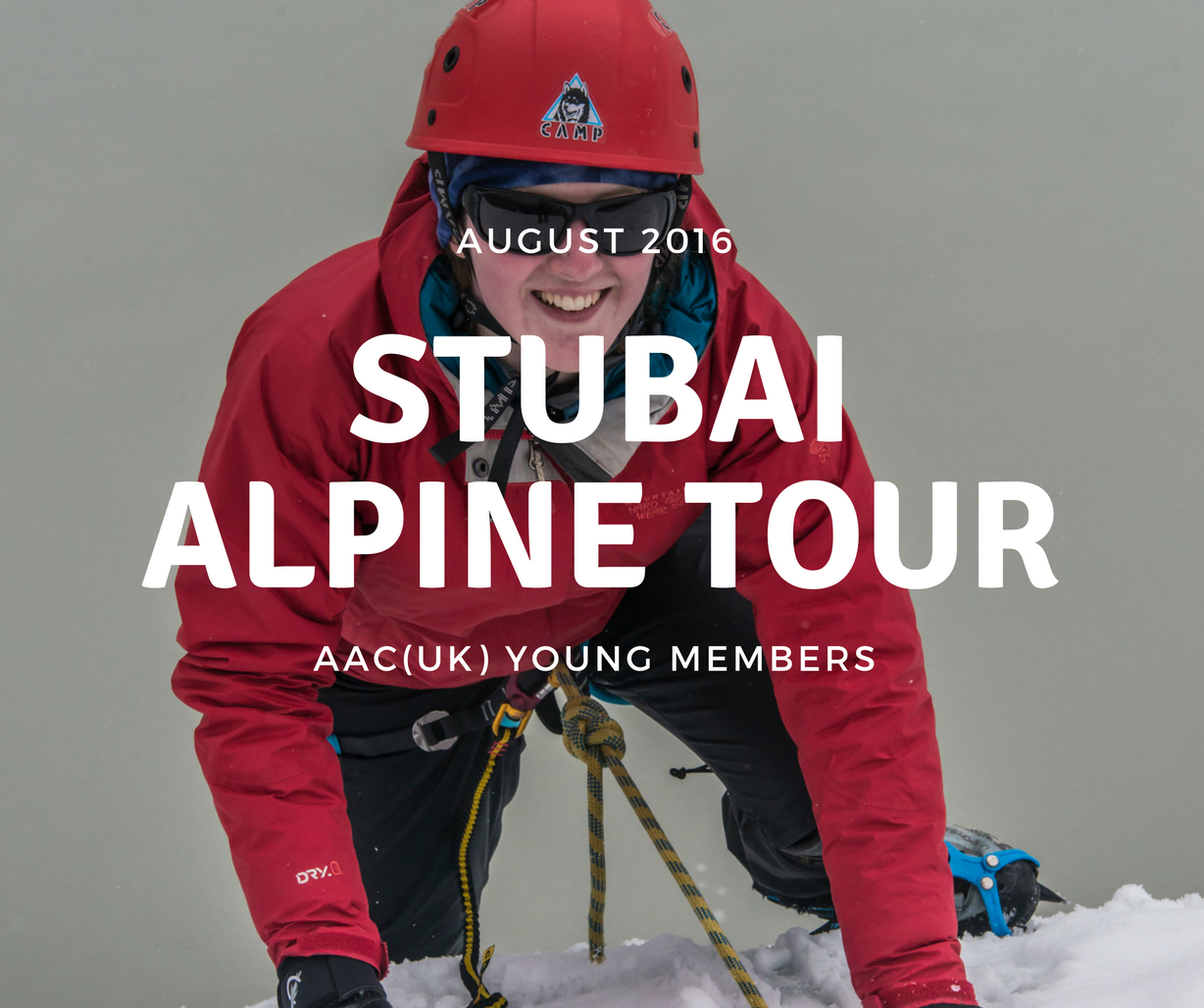 I graduated from university in 2015. By mid-2016 I had quit my first job with the aim of cycling to Switzerland and back (as well as escaping a career I really wasn’t enjoying). When I tell the story, I tend to make it sound like I ran out the office, threw away the heels, stuffed a load of kit into panniers and cycled straight off into the sunset. This is, however Romantic, rather misleading. I actually had a bit of summer before we started pedalling. By which I mean a poorly mis-timed series of trips back to back, meaning I had about two days at home before disappearing for three months.

I had applied to be part of the AAC(UK)’s Young Members’ Tour before I even knew I would be quitting my job. I’d never been to the Alps at all before and was really keen to learn about safe glacier travel, trip planning and how the hut system worked. By this stage, I’d been to the Dolomites and Maritime Alps in summer but nothing high and snowy. The aim of the trip was to be taught by local guides, as well as meet some other people our age in the club.

We spent a week or so in the Stubai Alps on the Austrian – Italian border. I have lots of notes from the trip somewhere, but it never actually made it onto the blog. Mostly because of the mad rush of packing for the bike trip and then immediately disappearing without internet connection for three months. But roughly: