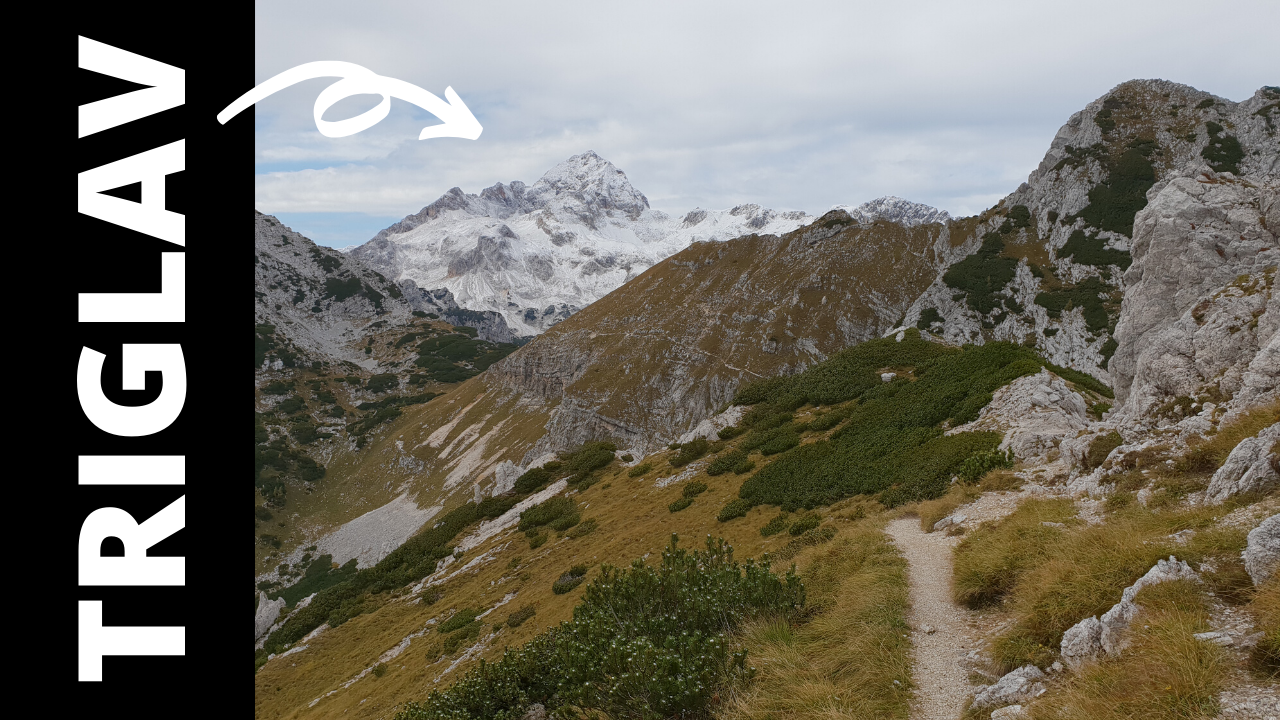 The mountains of Slovenia captured my heart, so it was no trouble to head back there for a little bit and relive the first few days of my trip. Like everyone, I’m stuck at home trying to get my mountain fix. Putting together this little video was a fun way to do it.

Ahem, and when I say little, it’s actually quite long. When the rendering finished and the duration said 25 minutes, I couldn’t believe it. No wonder it took me so long to edit! So think of it as more of a sit down and chat with me, than a full blown professional film. Of course combined with footage of my trip in the mountains.

When I walked All the Tors on my own, I found myself talking to the camera as much to have someone to talk to as to document the moment. Now I’ve gone four days since the last time I spoke to someone, it’s actually quite nice to talk to the camera. Even if that really is a way to talk to myself without looking insane… not that anyone’s watching.

I’m very new to film making. I love it, I’m not particularly good yet, but it’s great fun. I’m the kind of person who needs to have a project: be given an objective and learn on the road. So in this video, I learnt how to make fun animated maps (success rate about 1 in 3) which I’ll definitely be using more of.

I’m also still experimenting with working out sound levels and balancing background music over narrative. I tried using something called auto ducking, but gave up in the end. Although it does have a brilliant name. Cutting to the beat isn’t quite on point either, but then I’d got a bit bored after 15 minutes of soundtrack and exercised the 80% rule.

Oh and I should say: all the Slovenia footage was shot on a smartphone. It was kind of a test to see how it worked out with visuals and audio. When you’re trying to travel hand luggage only and have a back full of metalwork, being able to rely on a smartphone would be really good. I think it works well. Need to get better at the steady pan, but otherwise footage seems fine. Talking to the camera seems to pick up audio much better if it’s facing me. Although I suppose that makes sense.

And if you’re curious about how I’m passing the social distancing, it’s very much business as usual. Except, that is, for the fact that every future event in my calendar has been axed. Suddenly there’s no more distractions getting in the way of big projects. What a double-edged sword!

I’ve read Andy Kirkpatrick’s Cold Wars, watched a fair few outdoor/adventure films and started trying to learn to run slowly. You can read all about my poor relationship with running in How I Trick Myself into Going for a Run. I got a book called the Uphill Athlete which is helping me make a plan and stick to it. So far so interesting!

My tentacling project has been revived and I’m really appreciating spending time on my local footpaths. Particularly seeing as one of favourites has been shaved clean of nature thanks to a development coming in the field next door. So unnecessary.

I’m also working on turning some workshops I’ve done on adventure planning into a proper course that you can follow through. Coming on very nicely so far.

Oh, and bonus link: the things I do for my job!! Life can’t be too bad if you get paid to climb your staircase in full mountaineering gear (and entertain people).

A Slovenian Epic: Solo in the Julian Alps

Catch Me If You Can