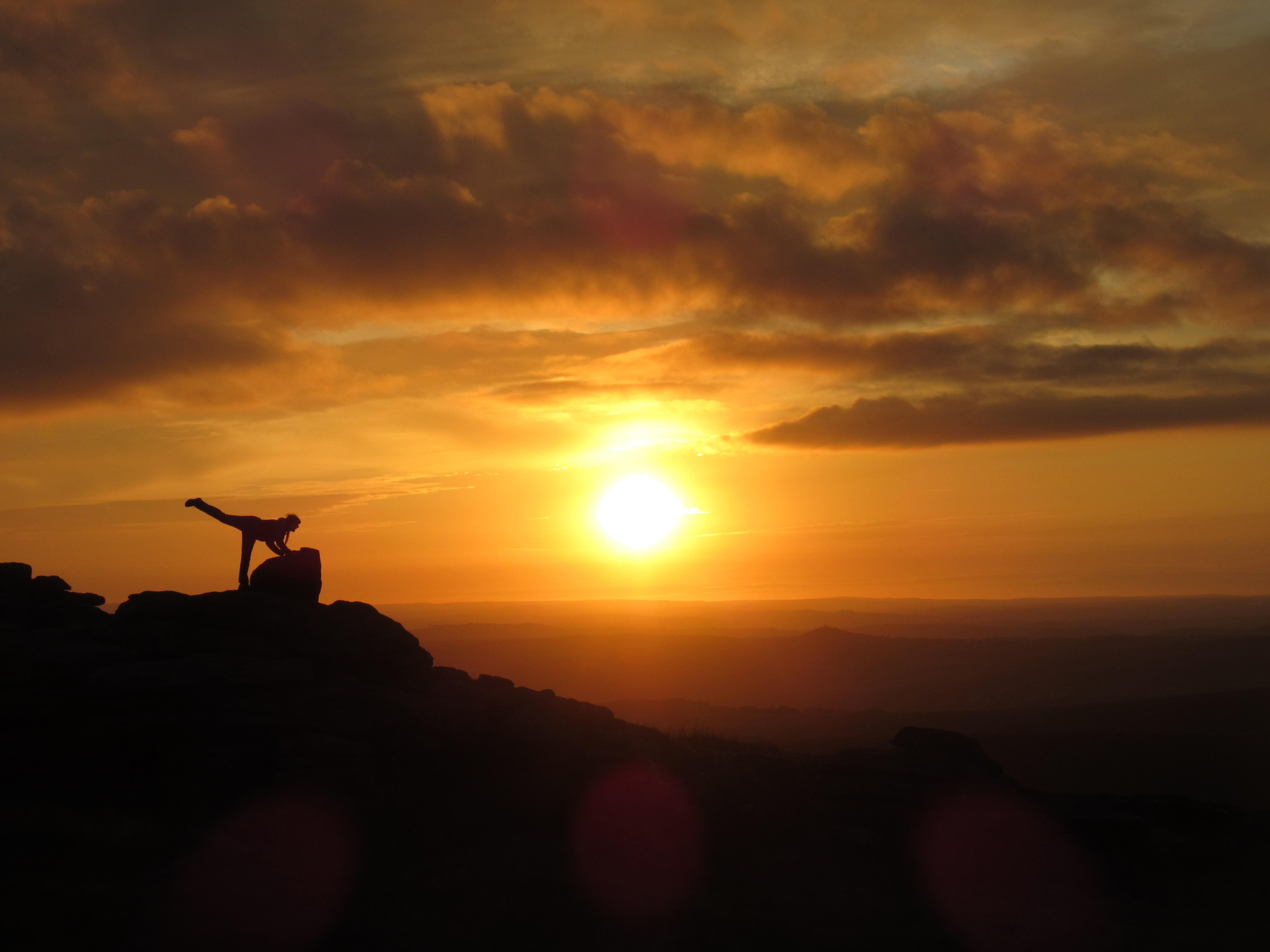 This is going to be a pretty chatty post for a Monday. I usually do the solid, informative stuff on Mondays and the chattier, discussion-y stuff on Thursdays. That might say something about the way I feel at the start vs end of the week…?

Anyway, I had a post scheduled for you, but it’s not 100% up to scratch yet – so I’m swapping this week’s two posts around. That way you’ll get a brilliant finished post and I’ll have a chance to catch up with the bajillion emails I’ve accumulated during the last week. Because I’ve been away in…

That mountaineering trip to Scotland I alluded to at the start of the year? Well it happened. Yippee! The 12 hour car journey from Devon to Glen Coe was less yippee at the time. But it was worth it once we got up there.

We stayed in a tiny little cottage near the western end of Glen Coe, right out in between the mountains. The weather was kind of mixed, but Storm Freya delivered. Where days ago the ground had been bare, we had snow above about 700m on the mountains.

I’m going to try not to tell you too much about it just yet. Got a full post planned for next week.

It’s also inspired me to write another post about keeping warm in the mountains. Because I did some research (plus some scientific experiments on myself) and discovered that what I say here about needing another layer is wrong. I didn’t get another warmer jacket and was warmer than ever. Go figure! Will tell you all my secrets soon!

The adventure forecast for the rest of the year looks favourable. In January I had no idea what this year’s big adventure would be. Luckily, a catch-up with my friend Alex and we went from zero plans to lots of plans very quickly. That’s what friends are for!

We’re not quite ready for the announcement yet, but watch this space. I can tell you that it involves two girls and two bicycles! Plus I’m excited to introduce you to Alex, we’ve been friends for a very long time and she’s pretty cool 😉

Other things in the pipeline include a fingers-crossed-maybe expedition with a sock company… If you’re feeling nosy you can check out the page I’m using for my proposal. If it’s still here later then I’ve been chosen! And you will be coming with me on an awesome wild camping adventure. If not, I’m going to remove it because it’s not something I can achieve right now without financial support.

Please cross your toes on my behalf!

A little while ago, you might have noticed that this blog had a theme change. I was hoping to release it with a shebang at the start of the year. What actually happened was a sly wiggle, then a back track and then an ugly splat that was hastily smoothed out into what you see today.

I made this theme myself from scratch. There are still a few things wrong with it – like all the padding (why so much padding??) and some hiccups from compatibility with the previous theme. But, all in all, I’m hoping it looks nicer on your eyes.

Do drop me a line in the comments if you spot something that needs amending. I’m sure I’ll find all those pesky glitches eventually!

This year was/is going to be a year of playing around with social media, digital content and video. Like I said here this digital marketing stuff is my job. I am that sad person who scrolls through Facebook looking for the adverts to try to guess what I’m being re-targeted on…

As with all great plans, I hit the new year with a bang. And then promptly fizzled out to nothing. Now it’s March, I’m back with a new system which is hopefully going to see me through for the rest of the year. This is kind of about strategy, but mostly about what’s feasible for me.

Because, guys, it’s all very well saying you’ll post on Twitter 6 times a day and do Instagram stories every day. But I (and you) also have a life, and a full time job and other interests. Just because the trusted marketing blog you read says you should follow a certain schedule doesn’t mean you should. Find and adapt something that works for your routine. Something is better than perfect.

Sort of on that subject, last year I got a video camera. I am fascinated with storytelling and my most recent wonder is how you tell stories visually. This probably sprung from going to the Shextreme Film Festival last year and too much time on YouTube. (It is completely allowed to watch lots of videos if you’re doing a study…duh)

You might have noticed that I turned all my posts from January into podcast and video episodes. Turns out churning these out bi-weekly was a bit too much for my schedule. BUT I was already learning a huge amount about video making just from that short stint. Watch this space for more video and audio content this month. Or specifically, click on those links above and give me a follow (thanks!)

I’m sure the first few (hundred) videos will be a bit painful. But I’m a firm believer of jumping in at the deep end and just learning as I go. The time is never right. I will never be good enough. So you get to watch me learn too!

P.S. Yes I know I promised video series of my All the Tors footage and yes I will do this. I promise. I just need a spare moment… and a computer that doesn’t crash when I import 4K footage…

I was going to leave it without giving Intrepid Magazine a mention. But I know so many of you also follow me through it, that it would be conspicuous in its absence. The honest truth is that I tend not to talk about it much because I find it really stressful.

In small business you are always putting out fires and pushing, pushing, pushing. Or at least that’s my experience. Don’t get me wrong, that can be a good thing. But it’s also pretty exhausting. So, rest assured that the magazine is still growing and expanding and getting better – even if it’s slower than I’d like!

Thanks to everyone who’s been a part of the journey. I still kind of can’t believe we made it past year one.

We are nosy about your real life…

Well alright then, you asked! It’s coming up to mid-way through Ten Tors season, so my weekends are often filled with camping. (Sorry Plodders, but I am about to miss a load this month!) It’s also AGM season for Dartmoor Rescue, so I’m busy preparing the accounts and my report for the end of the month. I’m the team Treasurer.

What else? I discovered recently that it’s free to request children’s books from our local library. There are loads of series (typically of the long fantasy variety) that I never finished reading.

Now that I’ve got over the teenage awkwardness of standing in the children’s section, I am going back and finishing those series. It is brilliant. It feels like going back and catching up with old friends, to listen to how their adventures ended.

Hope your March has started well 🙂

Have I Wasted this Year?