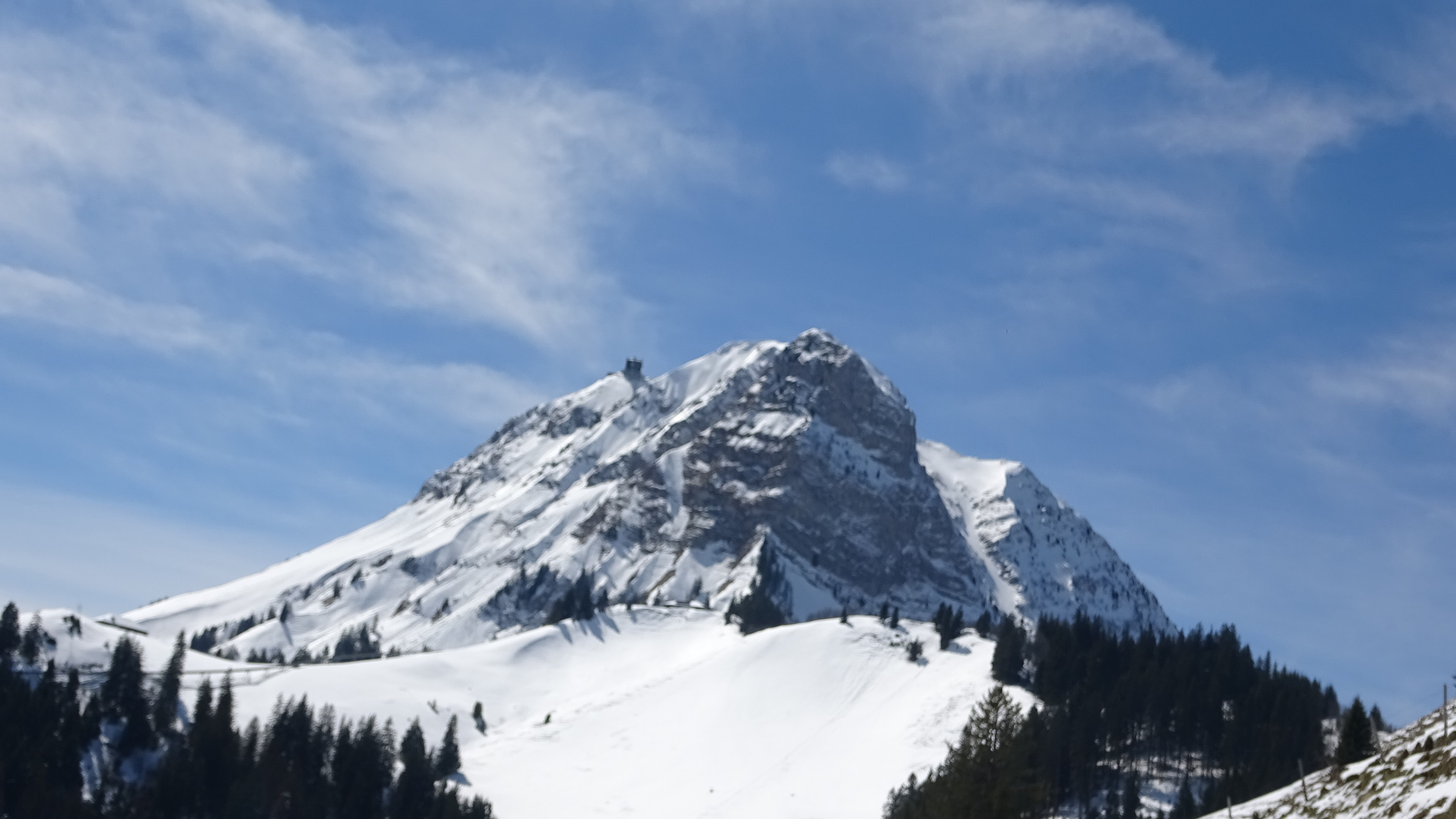 This week’s prompt was:

“Reflect on another piece of creative work relating to adventure. It might be a book you’ve read, a painting, a photo, a film. Use it as a starting point for your own creation.”

I have recently read two mountaineering books: No Picnic on Mount Kenya and Cold Wars. There was a line in Cold Wars that really made me stop and think as I read it. Unfortunately, after spending until 10pm last night looking for it, I still cannot find it – short of reading the book again. But I’ve found a similar quote, so I’ll start there and see how we go. If I run out of things to say, I’ll move on to Mount Kenya. Let’s see how it goes.

Cold Wars is the second book in Andy Kirkpatrick’s autobiography “trilogy”. I have not read his first, and probably most famous, book Psycovertical. Nor anything else he’s written really, except a few blog posts and an excellent article about climbing Everest called Big E(go). I guess the sentiment in his Everest piece rang so true with me that I thought his books would be worth a try.

As for skipping book one, that kind of thing has never bothered me much either. The habit probably began sometime in Primary School with my local library’s inability to get the first book of anything. If the book’s well written you can basically work it out.

Without giving too much away, Cold Wars is about finding the balance between climbing and family, extreme pursuits and “normal” life. It is not so involved in the climbing as to make it boring or unreadable for anyone who isn’t deep in the lingo (plus there’s a glossary at the back). Thematically, it felt quite similar to Al Humphrey’s My Midsummer Morning, but coming at it from different directions.

We Make a Science out of Giving In

The quote I’d like to pull out is about giving in:

“We make a science out of giving in and giving up, offering reasons that excuse our weakness. Failure feels good. Giving in feels good. That moment of relief, showing love and compassion for yourself, being weak… But it only lasts for a moment, and that joy is soon gone, leaving only the grubby guilt. Whereas to finish, or at least, to be utterly defeated while never giving in, that lasts forever.”

Again, I’m sure there was another related line later in the book about finding the balance between beating yourself up and letting go, but I simply cannot find it! Let that be a lesson to read with a pad of paper nearby!

When I first read that line, I remember thinking that it was a particularly brave thing to write. The last line reminds me very strongly of a mantra we used to use a lot as teenagers: Pain is temporary, glory is eternal. We were full of things like that and I can still rattle them all off for you (Courage is the presence of fear and the will to go on. Man up. Better to die on your feet than to live life on your knees, etc etc) It’s a sentiment that has served me well through much of life, particularly in challenges of endurance.

But I feel like we’re very much discouraged from those kind of attitudes nowadays. We’re encouraged to be kind to ourselves, give ourselves a break, think about self care and emotions. Such hard and fast mantras and attitudes are considered dictatorial, over the top, almost outdated. Whereas from the other perspective, self-care is all a bit fluffy and rainbows. Or a way of hiding, like Andy says, giving in to weakness. Making excuses for something you couldn’t achieve.

Trying to balance these two polar opposite attitudes to life has been a huge puzzle for me over the past ten years. We hear these two seemingly contradictory attitudes all the time. I think I can probably trace it back to when school work and exams started to get a bit more serious. During A Level, it was made very clear that the most important thing of all was to get good results. The common consensus being that you would trash your future if you failed to perform in your exams. (This is, of course, very misguided, but a common viewpoint. I have had my work cut out occasionally trying to explain that bad GCSE results are not the end of your life.)

However, when it came to study leave, almost all my A Level teachers would say, “Don’t work too hard. Make sure you take lots of breaks.” All, that is, except one who said, “Right girls, if you work really hard it’s actually very achievable to do 8 hours of studying in a day.” I remember thinking that at least one of them wasn’t lying to us. I used to work 8.30am to about 4pm with an hour for lunch.

So what are we supposed to do? On one hand we’re told that measurable success is the be all and end all. We must get the best grades we can, but we mustn’t work too hard for it. We must succeed without trying. I used to work 8.30am to about 4pm with an hour for lunch because, to 17 year old me, that seemed hard enough without becoming ridiculous.

The attitude continued on to university where it took an interesting spin: people would lie about how much work they were doing. They would say they weren’t doing much and then secretly try to “get ahead”. Or they’d use it as a badge of honour – they’d spent 25 hours flat in the library and been kicked out for bringing a sleeping bag. There was no limit to the available amount of time to work and no guidance about how much was “enough”. Everything was open 24 hours to accommodate everyone’s varied work schedule. But actually most of us just lost the boundaries of when to stop. Because working harder is always better, right?

The same became true in work life. Longer and harder = better. All wide eyed graduates are trying to get ahead. Although exactly who they’re trying to get ahead of and to what purpose I couldn’t say – even when I was trying to do it myself. We were giving out the appearance of being busy and working hard towards something. “Success” probably.

The quotation I started with is from a chapter in which Andy is beasting himself on a rowing machine. He’s trying to get fit quickly before his next climb because he’s “too lazy to put in half the effort over twice the time”.

This is a very interesting idea. Because if you saw two people in a gym, one casually doing their normal workout and another destroying themself on a rowing machine, who would you consider to be the lazy one? But I believe that Andy is right. It’s easier to binge. Realise you need to work harder, wreck yourself, then decide to practice self care until the guilt sets in. Then go out and do it all again. I’ve certainly done it.

It reminds me of one of Tim Ferriss’ maxims that I love: “Being busy is a form of laziness – lazy thinking and indiscriminate action.”

I do not propose to have the answers, but I do now feel like these two opposite attitudes are true simultaneously. There are some situations when it is incredibly effective to beat yourself up and push yourself to your limits physically and mentally. It’s how you get stuff done. But in all of these situations they have a defined end point: you win the race, you summit the mountain, you finish the task.

Otherwise, with no finish line, you just push and push until breaking point. Then you stop and spend the whole time beating yourself up about not being productive or saying you’re giving yourself a break but actually feeling like you’re “weak” for giving up. I spent every university summer holiday in this limbo.

You might have guessed by this point that I have a tendency to do this. I get masochistic kicks out of pushing until breaking point on things I care about. “Whereas to finish, or at least, to be utterly defeated while never giving in, that lasts forever.” I love a sprint finish, especially when my legs can barely hold me up any more. But now I make a rule: there has to be a finish.

And perhaps that itself says something about my attitude to life: pick one and go all in. Either you’re pushing to your limits or you’re being kind to yourself, but not halfway. Because nothing really happens in the middle… except the tiny steps you take every day towards getting somewhere, like eating vegetables or brushing your teeth. You don’t see any daily change, but you’d notice it in the long term.

So I guess I’m learning that the way to find balance is to have a plan, schedule the balance and stick to it. I firmly believe that discomfort is necessary to progress. But you also need to take time to sharpen the saw.

Well then, I’m not 100% sure what that was and it certainly doesn’t feel finished. But it’s Sunday already and this was meant to go out on Thursday. We’re running out of time before the next Adventure Prompt goes out. So here it is, done is better than perfect.

Hope these musings are interesting!

Another Film: Hiking in the Julian Alps

Double Down On Happiness