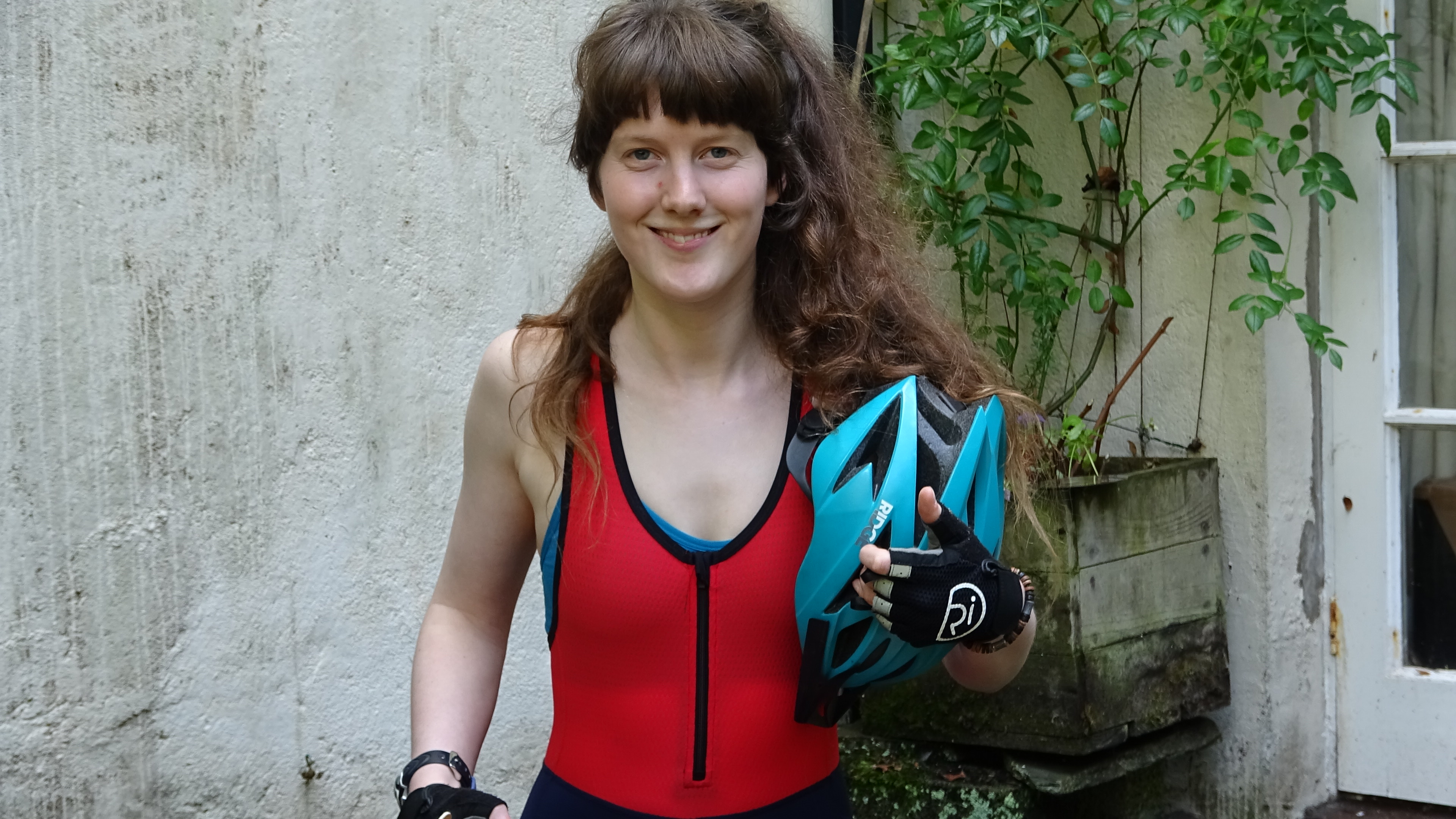 I have never got on with padded cycling shorts. I have memories of my dad waddling around in his padded shorts on our family cycle touring trips. They looked uncomfortable. I’d tried them on in shops before and they always felt weird. Later, I bought a pair of shorts with a removable pad to take around Europe. I lasted all of 5 days with that pad. It was so uncomfortable, I couldn’t bare it any longer. I concluded that I must just have a strangely shaped backside.

So, it’s hardly surprising that when I asked Rivelo about some kit to take around Ireland, it didn’t include any shorts.

“We notice you haven’t mentioned any shorts,” they said. “Did you miss them off?”

I explained my past short-related traumas.

“We’ve used a brilliant chamois pad from Cytech (EIT) in Italy which we found to be super comfortable… *Insert well know female cyclist* says they’re her shorts of choice… Are you sure…?”

“Well, I suppose I could try them out and see how it goes.”

You know the drill. Challenge expectations: try it and see. So here I am reviewing a pair of Rivelo Tideswell Bib Shorts.

My first reaction was: damn, I’ve ordered a size too small. But no, it turns out I’m just inexperienced in the land of lycra. With a bit of wriggling and pulling, I got them on. They are tight fitting, but fit me they do.

One of the reasons I picked the Tideswell shorts is that, from the pictures, it looked like there was quite a lot of bib. That is, enough bib for it to count as a top if the weather was really hot. What I didn’t notice was that none of the pictures show the woman under the bib shorts. You know, those product photos where the model’s missing? Anyway, I tried the shorts on and crept into the corridor to look in the mirror.

Reaction: that’s a lot of bra on show.

Hmm, I thought, dashing back into my bedroom. Now, although I’ve never owned a pair of bib shorts, I’ve been cycling long enough to know you’re supposed to go commando underneath. [Interjection: yes, I have tried wearing them with knickers on underneath and no it is not comfortable. Don’t.]

But, I’d only ever had that conversation with male cyclists – because, honestly, I don’t think I know any female roadies in person. Maybe, just maybe, going commando means no underwear AT ALL for girls too? I tried it. Nope. That was not going to come out from under a jersey. You are talking to a girl who won’t wear a bikini because she finds them too revealing.

ANYWAY, enough of that! Turns out that top bib isn’t really supposed to be used as a top, but you can manage it with a suitable sports bar. Apparently people also wear base layers underneath the bib too.

Like I said, the fit is tight. Particularly around the legs – unsurprisingly, since that is the fitted part. Fortunately, the band around the leg-hole is wide enough that you don’t get “sausage legs”.  You can see in the top picture that mine sometimes roll a tiny bit at the bottom (that black line) but I think that’s when I haven’t pulled the shorts up far enough.

In fact, Rivelo have thought so much about the design that if you flip it over the gripper itself is made into the Rivelo logo. Well I was excited…

This may be complete fluke, but I’ve noticed that Rivelo tops stay down better on the shorts. When I’ve worn their longer jerseys with, say, baggy shorts they have a tendency to ride up at the back or buckle at the front. This effect seems to disappear with the bib shorts on. Wonder if this is because they test their jerseys whilst wearing their own shorts?

There’s also a nicely sized back pocket – although not sure how much I’d use it. It is exactly where my back sweats, so I might have to choose carefully what I put in it… My this is an oversharing sort of post!! The top half (aka the bib) is light and airy. The fabric is almost perforated, which makes it slightly see-through.

As for durability and quality, it feels like the kind of kit that will last me forever. These bib shorts are not the kind that you put through the wash once and all the logos start peeling off. Nope. Rivelo’s Tideswell bib shorts are designed to last. I don’t think I’ll be wearing them out any time soon!

Honest answer: needs more testing. I’ve probably ridden about 40 miles on it, which is not much! But the fact that it hasn’t been butt-clenchingly awful is saying something – from my track record anyway!

The seat of the tandem is much less comfy then my solo bike. I need to try wearing the shorts on that really – but at the speed my life’s going at the moment, this is not going to happen. Solution? I’m going to take them to Ireland in 2 week’s time and that will be the serious test. I’ll report back here.