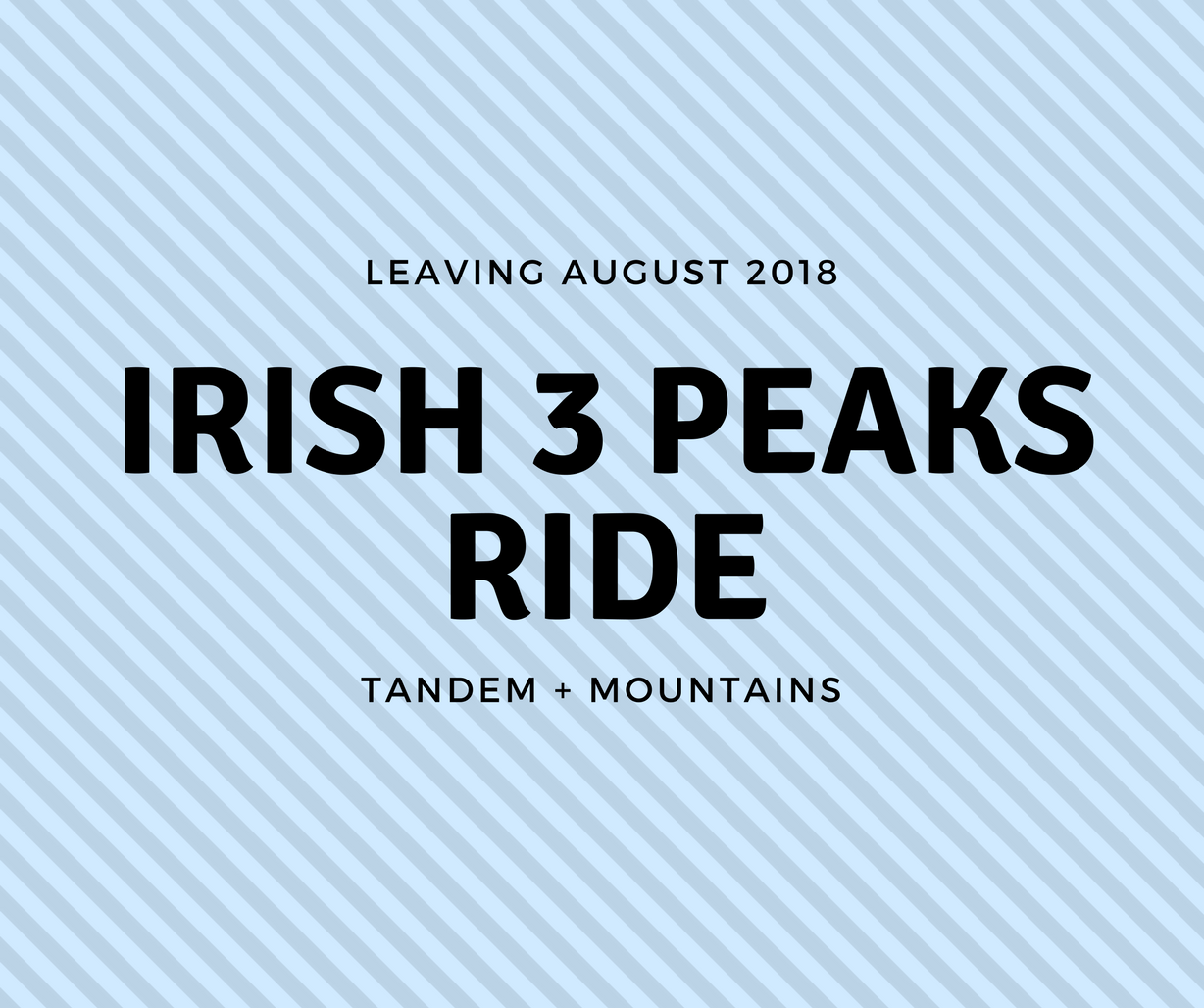 Climbing the 3 highest peaks in Southern Ireland and cycling between them on a tandem!

Everybody’s heard of the 3 Peaks Challenge in the UK. Truck loads of people complete the ascent of the 3 highest mountains in the UK in one go, every year, often in a sleep-deprived state over 24 hours. Recently, people have been more creative than throwing themselves into a minibus. Tina Page ran the 3 Peaks Challenge in 2017 for Mountain Rescue and many, including Sophie Radcliffe, have cycled it.

Southern Ireland has been in my mind for a while. It’s the sort of place that has some great, lesser known mountains. But I’d also heard of the Wild Atlantic Way – a cycling route with equally amazing photos. Joe and I were looking for a tandem cycling adventure for this summer. Within about half an hour on Skype, “Where shall we go?” and “Ooh, how about Ireland” had turned into the Irish 3 Peaks Cycling Challenge.

It looks remarkably like no one’s done it before…

It is incredibly difficult to get a tandem bicycle anywhere without riding it. That is unless you’re brave enough to get it chopped in half. In a bizarre turn of events, it is actually easier for us to go to Ireland via France on Brittany Ferries.

As you’ll be well aware, if you’ve read about our tour of Europe, we’re not big on pre-planning routes. With certainty, we’ll be going to and from Ireland via Roscoff and cycling some of the Wild Atlantic Way as far as the 3 highest peaks of Macgillycuddy’s Reeks… and whither then I cannot say.

Here’s the official tourist teaser trailer for the Wild Atlantic Way to whet your appetite.

Rivelo is a cycling brand that I have been in love with for years. One out of the two jerseys that I took on our trip From Cambridge to Plymouth via Switzerland was made by Rivelo. They are kindly providing some more kit for the journey 🙂