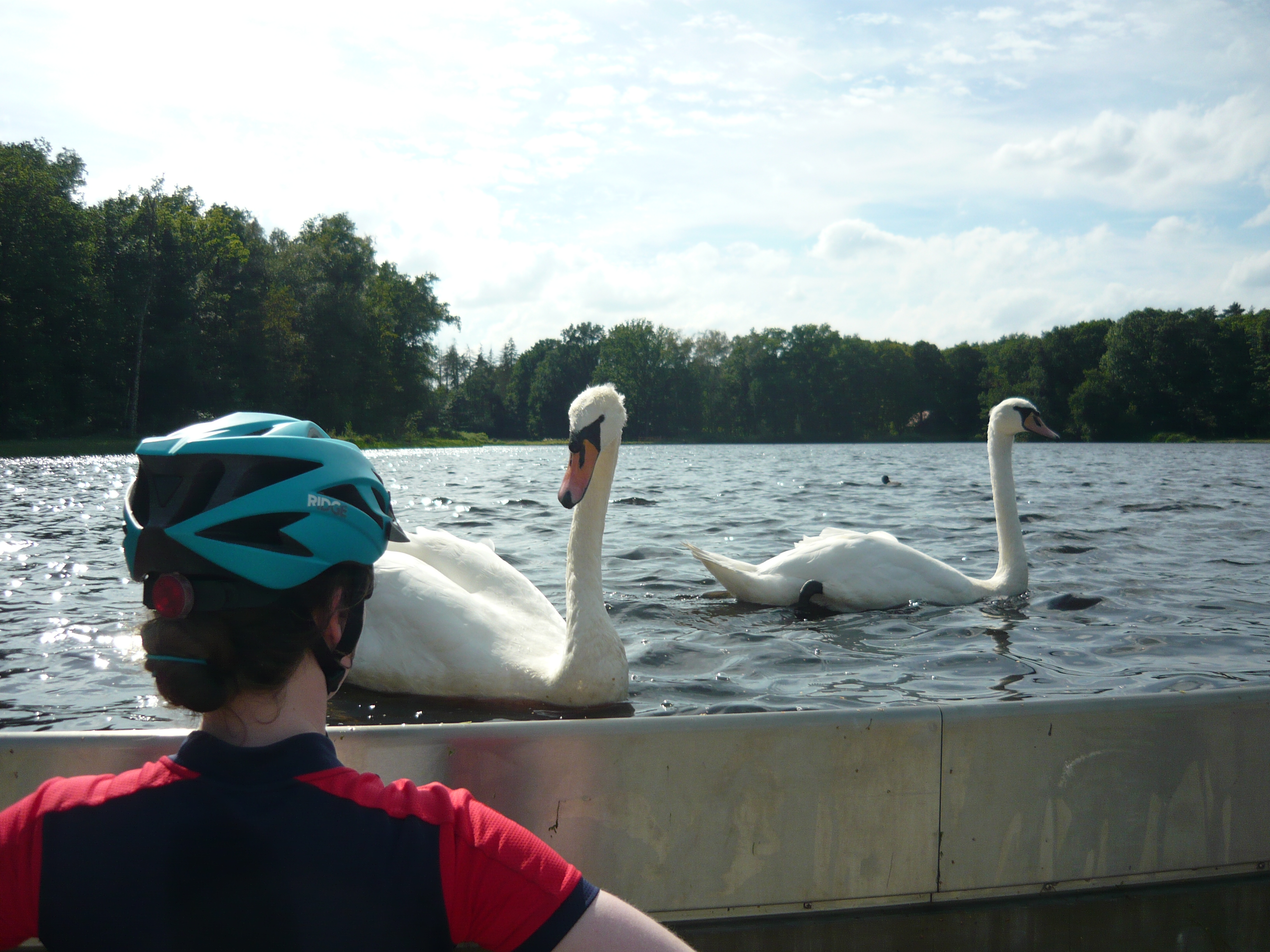 Riding a tandem bicycle certainly isn’t for everyone. It’s nowhere near as straightforward as it looks and you get a fair bit of abuse from passers by – whether you’re on the front or the back.

Why Did I Start Riding a Tandem Bicycle?

Between 2013 and 2015, I couldn’t walk. Okay, not in the way you’re thinking. Nothing dramatic happened in my life. I hadn’t broken a leg or had a serious illness.

I was at university. I’d just done MLT and become a leader for the Hill Walking Society. I lived up a hill on the outskirts of town – about a mile or so from lectures. But I was starting to suffer from knee pain. It wasn’t acute pain – it would have been much easier for me to deal with if it had been. It was just a dull but debilitating ache, as if my body was incapable of doing what I told it to do.

The only thing I could pin it down to was buying my first pair of B2 boots in the November of second year. At first, I’d only experienced the knee pain whilst wearing them, so I assumed I just needed to get used to wearing stiffer boots. But quite soon I was feeling the pain in other shoes too.

I stopped wear the B2s. The pain carried on.

I’ve always been a very active person. Particularly walking. Now I was living within driving distance from most of the mountains in the UK and I couldn’t walk up them. I should clarify: I only had this knee pain whilst walking uphill. No problems with flat or down. I was fine getting to lectures, but difficult getting home.

Despite being ok on the face of it, I was going insane from inactivity. I was still walking in the mountains at weekends, but leading the short and easy walk (or occasionally a very long, flat one). I didn’t have a car or a bike and going about my everyday life took twice as long, because I needed to leave time to get there. It was driving me nuts. I was a hare being forced to live as a tortoise.

I needed another sport. Fencing turned out even worse on the knees. I didn’t want to go back to college netball (too much alcohol involved)… I tried badminton and swimming for a while, but both were a bit dull. Sometimes I talked about bringing my bike up from home, or getting one at university. But I’d never ridden on the roads in the UK before (long story, odd family) and wasn’t keen on going with other more experienced people, but being a long way at the back. I hate feeling like I’m holding people up.

Cue the tandem. Apparently it was my idea. I honestly don’t remember suggesting it. Maybe I said it as a joke or out of desperation… But clearly Joe saw a good idea in it and took me seriously.

We started fairly unsuccessfully, riding up and down the side road. We’d start alright, but my feet would fall off the pedals if Joe suddenly changed cadence or stopped. We were both used to riding solo bikes and it took a bit of time and embarrassment/irritation before our riding styles moulded into something we could both work with.

It was a pretty enormous learning and communications curve.

Not too long later, we were doing evening and Sunday rides, going further and further afield. It was incredibly liberating for me – suddenly I was able to move quickly again!

So riding a tandem started off as a way for me to go on a ride without being alone, slow and/or angrily in pain. I guess that’s why I have a complex about other people thinking I’m on the back because I can’t keep up. That is completely not true any more – nor has it been for years. I’m 100% knee pain free and can happily hold my own when riding together on solo bikes…

Which brings us nicely onto our next section.

Why I Ride a Tandem Bike Today

The knees are fixed now, so why am I still riding a tandem?

Once you crack it, riding a tandem is the most amazing fun. Okay, so you have to find someone who you can deal with for long periods of time, who you can work together with and trust… I’ve had lots of people tell me they tried it once and couldn’t hack it with whoever was on the other seat.

1. Ride a Tandem for Speed

First off, it’s fast. And I mean fast. Probably a bit slower on the uphill, but on the downhill you have 1 person’s air resistance and 2 people’s weight. That’s a whole lot more momentum than normal. To give you an idea, every tandem comes with extra braking power – ours had 2 cantilever brakes and a disk brake on the back wheel for extra stopping power.

Note: this is the same disk brake that we boiled water off halfway down a series of hairpins in Switzerland.

2. Ride a Tandem to be Sociable

I’ve been on tours on solo bicycles and I’ve been on tours on a tandem. The best analogy I can think of is: it’s like going on a road trip and all travelling in separate cars – how anti-social is that? Riding a tandem is like both going in the same car. It’s much more fun, much easier to talk and share the experience. If you have a frame size that allows it, you can even take it in turns driving.

Personally, we stick to me at the back (small frame) and Joe at the front (big frame). I’d like to try it out the other way around one day, but we’d have to borrow another tandem to do so. But the way we have it works really well. Joe steers and reads signs. I navigate, give directions, point out sights of interest, take pictures and videos whilst we ride and operate the emergency brake.

Whatever you do, you have to do it together. That’s pretty much as sociable as it gets!

It Does Have Its Downsides

Yes there are downsides. It is slower uphill. There is only space for a front and back pannier rack, so you have much less space for carrying things (that said, we still manage 96L).

The thing that bothers me the most is the casual abuse from onlookers. The countless people who’ve told me I’m not pedalling, despite it being mechanically impossible. The people who wound down the window and started singing “Daisy, Daisy…” at a traffic lights. The people who don’t seem to understand that it’s perfectly possible to be a good cyclist and ride a tandem too.

It was particularly interesting doing a sportive on a tandem. There was some mockery to start with – until we started overtaking all the roadies on the hills. We’d just come back from Switzerland and were well into our uphills by then! I guess I’m still riding to try to break these stereotypes of a tandem being a joke bicycle. It’s not. It can be a serious bike if you want it to be. But I’d be lying if I said the name calling doesn’t get to me.

“My Other Bike’s A Tandem”

I’ve started telling other tandem riders that I’m part of their crew. Every time I see one, instead of shouting “Yay! Tandem!” I’ve started shouting, “My other bike’s a tandem!”

So, tell me, is your other bike a tandem?

Why You Should Always Carry Your Own Bike Repair Kit