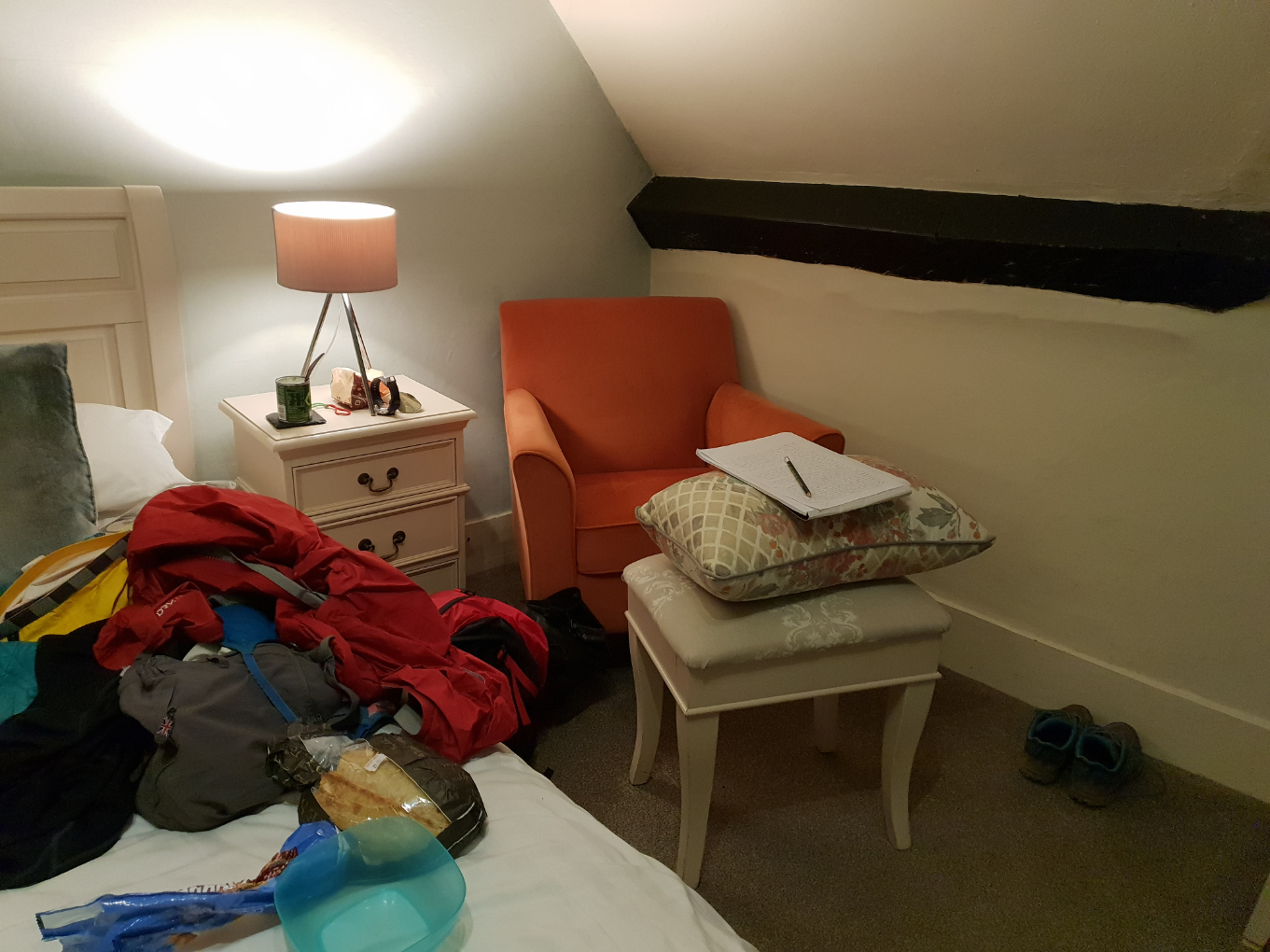 Every now and again, I look up from this blog and realise there’s a large part of myself that’s missing. Of course, there is a privacy line that I do my best not to cross. There are some things that I’m very unlikely to ever talk about on here. But equally, there are turning points when I open up the doors into another room. Like way back in 2015 when  first wrote about adventure. Or when I finally got a job in the adventure industry in 2019. In 2020 it was coming clean about how all my life I’ve wanted to write and publish books. Now it’s time to talk very specifically about those books. To keep up the metaphor, there’s a set of double doors in the book-writing room that need to be pulled open. Or perhaps, more appropriately, a hidden door in a bookshelf that leads up a spiral staircase into a whole new part of the castle.

Who really inspired me to become an adventurer

People ask me on podcasts sometimes about who my role models were, getting into adventure. They’re expecting non-fiction books or sportspeople or a film of some epic journey or something I saw on the news as a child. The truth is, I had none of these things. In fact, I had never read that kind of real-life adventure narrative until I was well into my 20s. Nope, I got into adventure through a healthy diet of fantasy novels.

It’s not exactly a secret that I like fantasy, but it’s not something we’ve ever really talked about much on this blog. But, given the seemingly high correlation between people who like long walks and The Lord of the Rings, hopefully I’m not talking to an entirely apathetic readership. Because, ultimately, what is The Lord of the Rings but a group of unlikely friends going on a really long walk. I read and loved books like that from a young age – and Narnia and The Dark is Rising and Septimus Heap; Garth Nix, Lemony Snicket, Phillip Reeve, Arthur Conan Doyle. I watched films like Indiana Jones and Lara Croft and The Mummy – and swashbuckling adventures like Zorro, Count of Monte Cristo, Pirates of the Caribbean, The Scarlett Pimpernel… Romancing the Stone anyone? I got to the end of these stories and thought: that’s what I want. That’s what I want my life to be like. How can I go on adventures like they do?

This is, it seems, like something that would be laughed off by most adults. If a child said they wanted to be an adventurer, in the fantasy sense, no one would take them seriously. But I’ve somehow managed to sneak into real life adventuring without a ‘real life’ adventure role model to start me off, with the simple, childish goal of going on adventures and writing about them. There were certainly people who encouraged me on the way towards becoming the person I am today. But as for adventurers, I can’t think of one outside a novel or screenplay. And as adventures go, the closer it gets to a swords and sorcery quest, the better! (I don’t mean this in a weird way, but if someone invited me to cross New Zealand in fancy dress, I’d very seriously consider it.)

The kind of book I’m writing

Now, why this confession? Well, I am working on a book at the moment. But I haven’t spoken much about it because I didn’t want to – I dunno, not weird people out, but… I guess after All the Tors, I imagine people are expecting another book about real life adventure. There will certainly be a few more of those down the line, but why write about real life when you could write about a world from your imagination? When you’re recounting something from life, you’ve already lived it once. In fiction, you’re constantly discovering, exploring and inventing.

I would love to talk to you guys about my writing journey, something that has been such a part of my life for so long – and is hopefully, finally, coming to fruition soon. And to come along on this journey, you need to know: I am writing a middle grade fantasy novel. Obviously, I’m not going to stop writing or talking about my own adventures. In fact, I think fantasy writing would be a lot better in general if people writing about long walks had spent more time going on them. But it would be nice if I could share the drafting, querying and traditional publishing process with you. Last time I was doing it, I was 16 and the world has changed so much since then.

The other thing you need to know is that getting this book published is the one thing I have wanted to do since I was 11. The whole shenanigans is in this post: The Secret Story of me and Writing Stories. But basically, this novel is the same story as I wrote when I was 11. And yes, I know that objectively this seems like madness. But deep down, I just know it’s the one. I’ve written others since and will write many more after, but this is the place I need to start in fiction.

Over the past few months I’ve been slowly drafting and redrafting, building it all up from scratch. The plot is almost entirely unchanged – as in, all the same events happen as they did before. What’s different is the way I’m writing it. The original reads more like how I used to write travel journals as a teenager: we did this, then this, this person said this (actually meaning this). The story has been engraved in my mind for so long, that I can simply start afresh with the words.

But now I’m three drafts in, I’ve been going back through the 2008 typed edition, treating it almost like an original historical source. It’s useful to fill in the tiny details that I’ve forgotten: like that book was green and how there were people playing cards in the background of that scene. Other times, I’ve looked at sections in amused disbelief, reading bits that I thought I’d just invented, but were actually there all along.

So I’m definitely doing justice to the source material. I just didn’t want to be bogged down by it – and all the detail – on my first drafts. Because I’m that kind of person who would happily go off on a three page side-track about the monetary system of a city or the origins of a saying – Susanna Clarke’s footnotes in Jonathan Strange and Mr Norrell were a joy to read. But not all writers can get away with it and I don’t think I’m one of them. So I deliberately write within a pre-outlined structure, to keep myself on track. I’ve heard Neil Gaiman talk about writers as either architects or gardeners. Well, I am a walled gardener. (I cannot find the interview but here’s George RR Martin on the same idea.)

My process for this book has been very similar to All the Tors, actually, regardless of genre. I write like I paint, roughing out the shape, adding in the important bits of light and dark, then building up from that. If anyone is interested in hearing more about this – or anything related to writing books – I’ll happily write more about it. Just comment below or drop me an email.

For now, though, know that I’m merrily working on a story very close to my heart and will be sharing the journey with you.

Instructions to My Younger Self