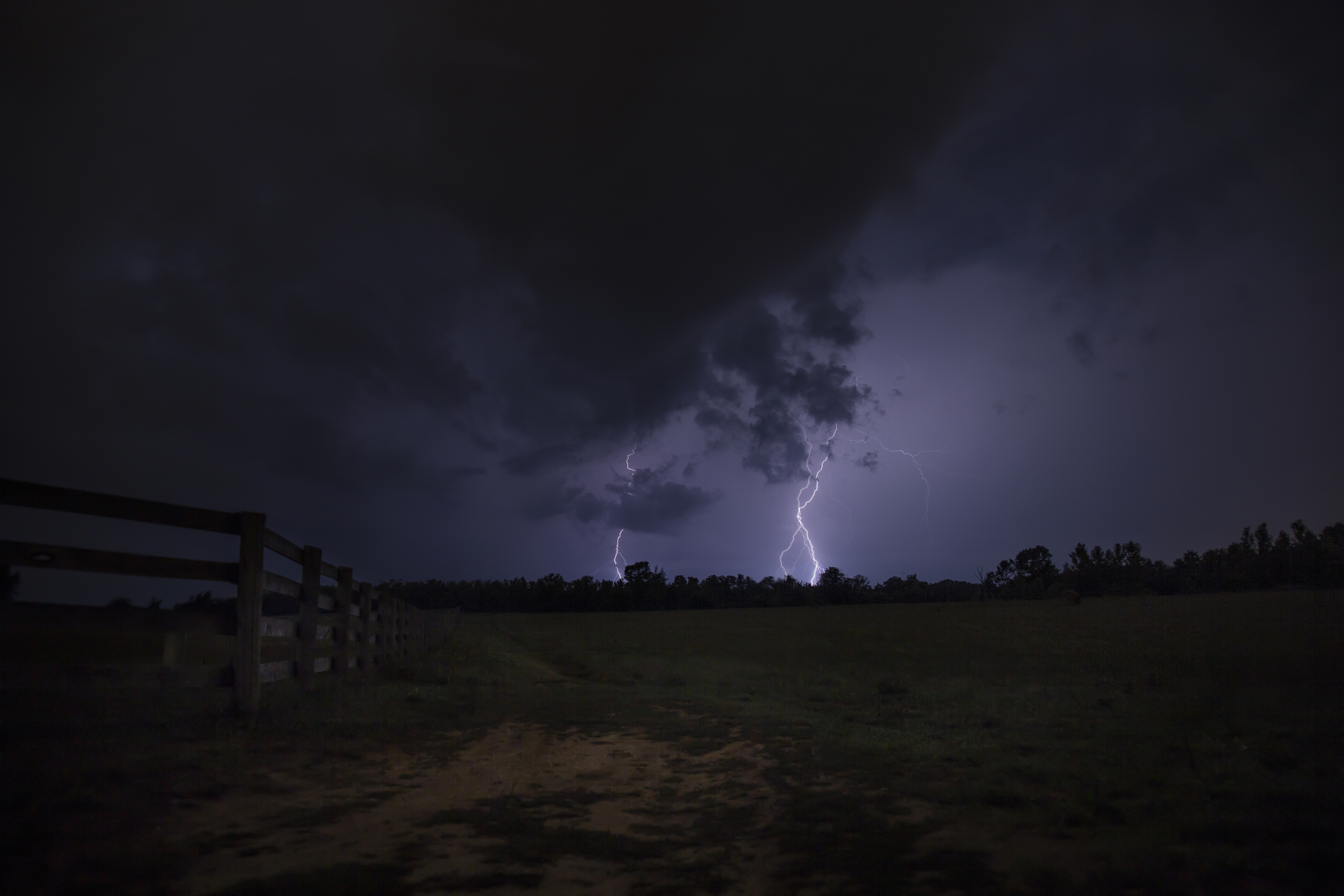 It’s all about to kick off,” said Joe. I’d asked to be woken up.

It was about 1 o’clock in the morning and I’d been expecting it. Before we’d gone to bed, we’d stood at the edge of the campsite looking out towards the horizon. There were a few other campers there too, watching the storm in the distance like a silent movie. And it was silent.

Holland is so flat that we could see right out into the distance, so far away that the sound didn’t make it. This far away, the storm seemed peaceful and beautiful like a fireworks display – never knowing which cloud would light up next.

The sky was black above us. The tiny lights of the Plough made familiar pinpricks of light in the faraway night. Out beyond the town and fields, lurking over the horizon hung a monstrous charcoal cloud. I couldn’t make it out entirely in the dark, but the lightning revealed it in stop motion. Split second flashes illuminated its depth and edges: sometimes backlit like sunlight, sometimes tearing through the sky with thick orange forks. The lights of the little town glimmered as the storm crept up behind it.

“It must be so far away for us not to hear it. Probably will have fizzled out by the time it gets to us.”

The tent shook. Through the vent hole in the tent porch, I saw the thick yellow bolts of light shooting towards the ground. I was glad we’d camped in a corner, in the shelter of two hedges. The wind was ferocious. The trees in the hedge bent and swayed like bamboo under its force. I began counting.

As the storm got closer, the flashes became so bright that I instinctively shut my eyes each time they struck. The thunder echoed like a slow motion gunshot, then others in a grating crescendo like a passing train. It was incredible.

“I think it’s passing,” I whispered across to Joe, who was resolutely wrapped in his sleeping bag.

“Well if it’s going, couldn’t you work out when it’s going to buzz off?” He was still trying to sleep.

I must have fallen asleep again some time after that.

The wind and rain had died down and, when I crawled out of the tent in the morning, everything was still – and still there! The trees must have sheltered us from the brunt of it.

Even more impressively, Joe’s washing was all still pegged to the line.