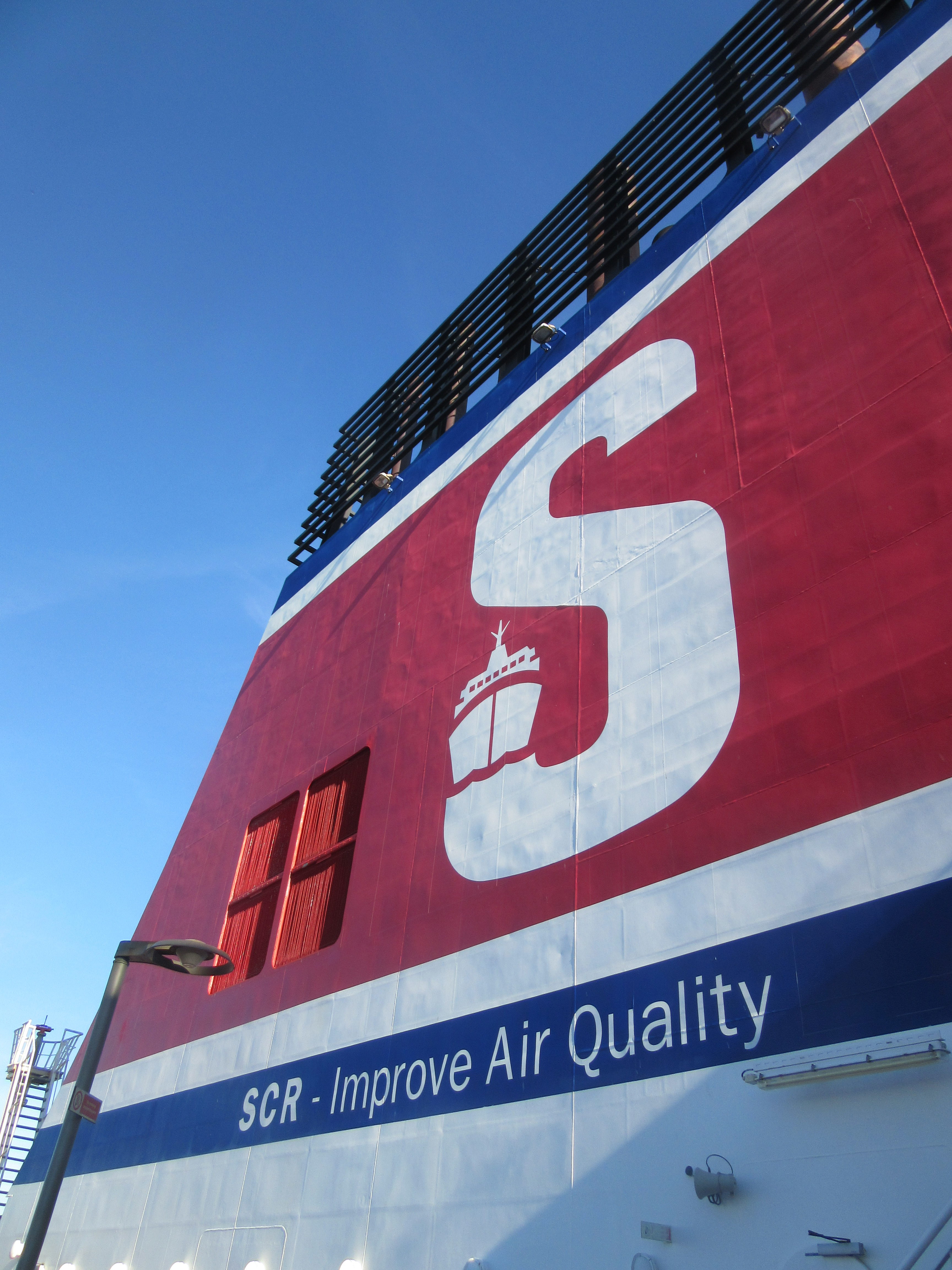 When I first realised we were going to take the ferry, I wanted to camp on the deck. No need to pay for a cabin – what’s the point if you’ve already brought a tent? Unfortunately, the online booking form couldn’t cope with that option (never mind a two person bicycle), so here we were on the day ferry instead.

Not that it stopped me from sleeping in inappropriate places. I was curled up in a stout and squarish porthole window, with a jersey over my head and an air conditioning vent blowing cold air up my back.

Okay, I’ll admit it… Given the odds, I wasn’t having much success sleeping.

I peeked out from under the jersey.

A Dutch man from the next table over had turned his seat around to talk to us. I tried to extract myself from jersey and windowsill as though it was a completely normal place to find an adult human being.

“Where are you going?”

“We don’t know really, we’re making it up as we go along.”

We tell him about our plan to go to Switzerland and then back towards England, taking the ferry at Roscoff. He now knows almost as much about the trip as we do.

He and his wife (who remains silent throughout) are on their way home from a campervan trip in Barnstable. They both work for a big sugar company that gives them 53 days holiday… and extra if you’re over 45! For them, 1 month off is no big deal.

They’re interested in us because their daughter wants to cycle solo to Italy. They’re worried about her safety and want her to go with someone else.

The view is flat and bright: blue sea meeting blue sky, with distant grey ships silhouetted on the misty horizon. It doesn’t change. The ferry is so smooth that you can barely feel it moving.

Eventually, we get our maps of Holland out to check where we’re going this afternoon. We haven’t picked a campsite yet. This stirs Dutch man from his coffee and he gives us advice about campsites. By the time we’re eating lunch, we have a list of the top cycling places in Holland scribbled on the back of a Stone Henge receipt.

“You are going to France?”

“You could cycle along the Loire, with all its castles.”

“And it’ll be mostly flat, so not much work.”

The Dutch man looks at us, completely dead pan, “Or broken.”

To read the rest of this series, as we cycle from Cambridge to Switzerland and back, see Introducing Tandem Tales.