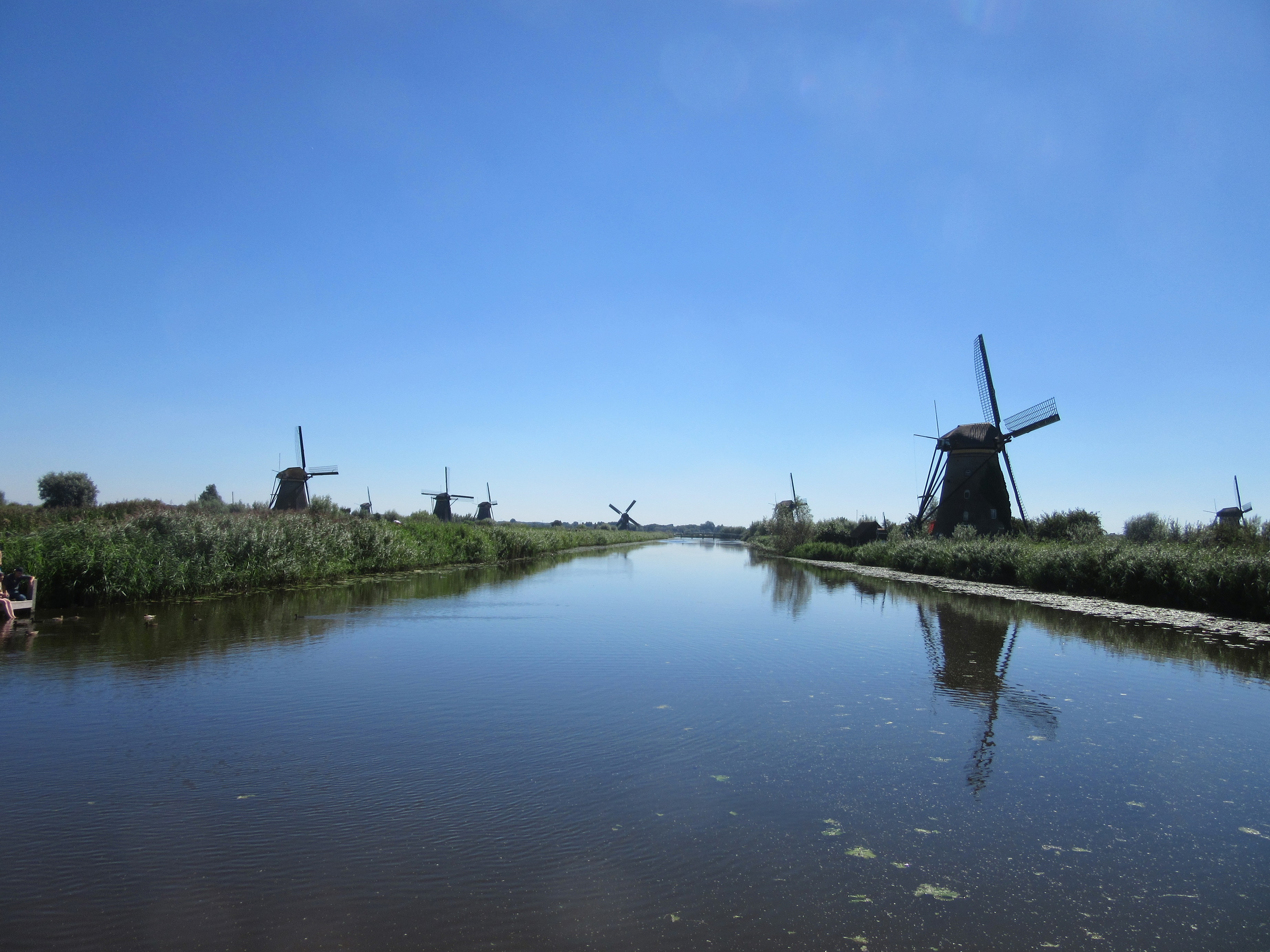 Every night they play the beavers. One, two or three beavers. Between 7:30 and 9. I don’t know, you might want to go see?”

It was not, I’ll be honest, what I’d expected to hear when I asked what we should see in the area. We were in a small garden shed, turned campsite reception desk, with a lady who frowned with the effort of speaking English. Much, I imagined, like I had looked in the French Alps last year… only her English was just about understandable.

By some miracle, we’d managed to escape the huge glass skyscrapers of Rotterdam and happen to cycle past a supermarket. I was pretty apprehensive leaving the tandem locked up on the bike rack outside Aldi, with all our kit still attached to it. The lock was a monster (probably weighing more than the tent), but anyone could just pick up our panniers and go.

Not that we had a choice. We’d tried to take them all into a shop once and only once on our three day trial in Wales. It was like trying to shop wearing a hula skirt, with shot-puts on the end of each string. Pretty awkward around other people and embarrassing when you turn sharp corners.

Still, it makes you feel quite vulnerable when your entire worldly possessions, at least in this country, were on show and unguarded to passers by. Take that and we would have nothing except a bike helmet, a wallet and half a packet of crumbling chocolate digestives. Not much bargaining power.

I found myself glancing anxiously out of the window as we shopped, standing on tiptoes to see over the tills. A quick peek over the soft fruit counter… yep, still there. Around to the cheeses… can’t quite see it… Bread next and what should we have for dinner? Okay, pasta will do, now where’s the bike? Yellow rack pack still in view…

It was all still there when we left the shop, arms full of today’s lunch and dinner. Perhaps it would have been easier if they’d taken something – now we had to fit the food into the panniers!

We realised, with some surprise, that what I’d taken for a bridge on the map was actually a ferry across the river. Clue’s in the ferry symbol, Emily. Holland is so full of waterways (it was, if you believe the story, saved from flooding by a small boy blocking a hole in the dam with his finger). You can’t really avoid crossing water one way or another and I had great memories of the ferries on the Danube cycle route as a teenager. An expensive habit, but a bit of fun once in a while.

A small boat pulled up to the pier, then another pointing in the opposite direction. We approached the first one which, from the signs, we hoped was the right ferry. There was a man on the boat in a short sleeved shirt and navy blue jumper, who I thought looked authoritative behind his round sunglasses.

“Do you speak English?” I asked him.

“Where does this ferry go?”

This was one of the places on our list, scribbled on the back of a Stonehenge receipt by the Dutch man on the Harwich ferry. We got on board.

Later, he came back and spoke to us again, presumably asking us to pay for our ticket.

“Sorry, we don’t speak any Dutch,” I said, politely.

Apparently anyone who wears “serious” cycling kit is probably a German.

I have no idea why I told him this. It’s true, my mother’s side of the family are ethnically Dutch, they spoke Dutch at home and I have some cousins somewhere in Holland. Maybe I thought I’d have some sort of connection with the people here, since I’m genetically more Dutch than anything else. I’m not sure.

One thing that’s always bothered me though is that I could have been bilingual, but instead just ended up with the odd word of Dutch when English doesn’t have a good enough word for it. My mum did try to teach me when I was little but, since I was learning to speak in America, I found it too confusing to differentiate between three languages at once. I feel like I’ve lost some of my heritage.