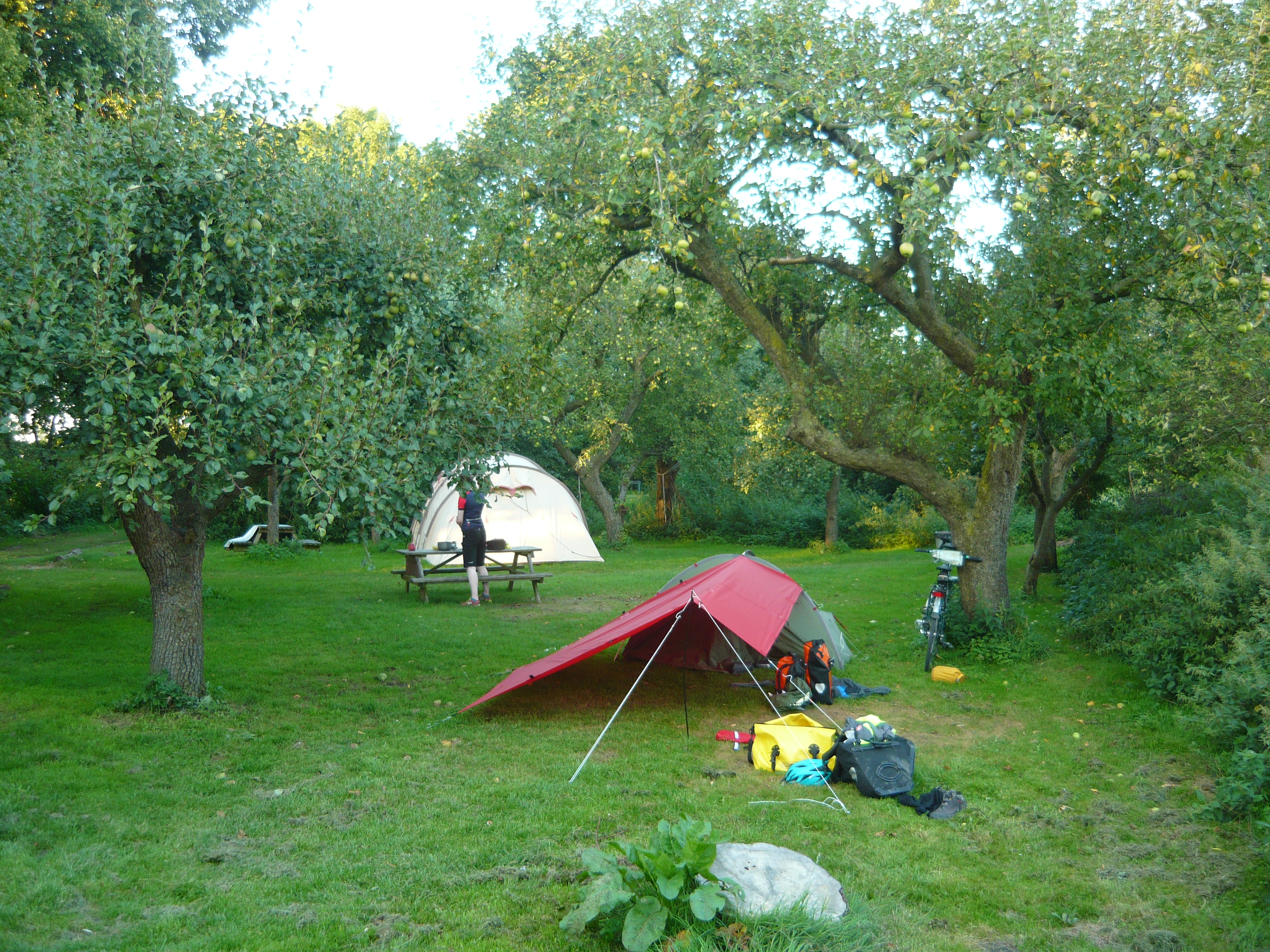 We cycled along the dirt track, through a farm and into a grassy area fringed with trees. Is this a campsite? It wasn’t exactly obvious. But there were tents and a toilet block, so we were probably in the right place. We’d made it – end of day one. Triumphant, we parked the tandem against a fence and headed over to reception.

Except there wasn’t a reception, just a semi-circle of enormous family tents and some people sitting around a fire pit. We stopped.

Neither of us knew Dutch to any degree of usefulness. As if to prove that point, we’d already stopped once today to decipher a road sign using a dictionary downloaded onto Joe’s Kindle… It was a bit like walking into a Welsh pub.

Eventually, we looked awkward enough for someone to come over. She was a blonde, presumably Dutch, lady with wrinkled brown skin from years of sunshine.

Joe doesn’t like speaking English in foreign countries. He’s basically fluent in French and, unsurprisingly, has done most of his non-UK holidaying there. To him, it feels rude to speak English to a local. I am far less discerning.

“Is this your campsite?” I ask the lady.

“Camping? Yes, this is camping.”

“Do you have space?”

“Space for one night and always space for bicycles.”

We pitched our tiny tent in the shade of an apple tree, away from the main circle. I kicked the rotting fruit off the flattest bit, whilst Joe prepared our dinner with the camping stove set up on a picnic bench. It was our last meal from home, so we’d chosen that well known British dish of pesto with animal-shaped pasta.

I may have got a bit excited in the supermarket.

Tonight was about the extent of out pre-trip planning. The man on the ferry had suggested some things, which we thought would do for a general direction. All we really knew was that we were heading for Switzerland. Tomorrow would be full of windmills and water.