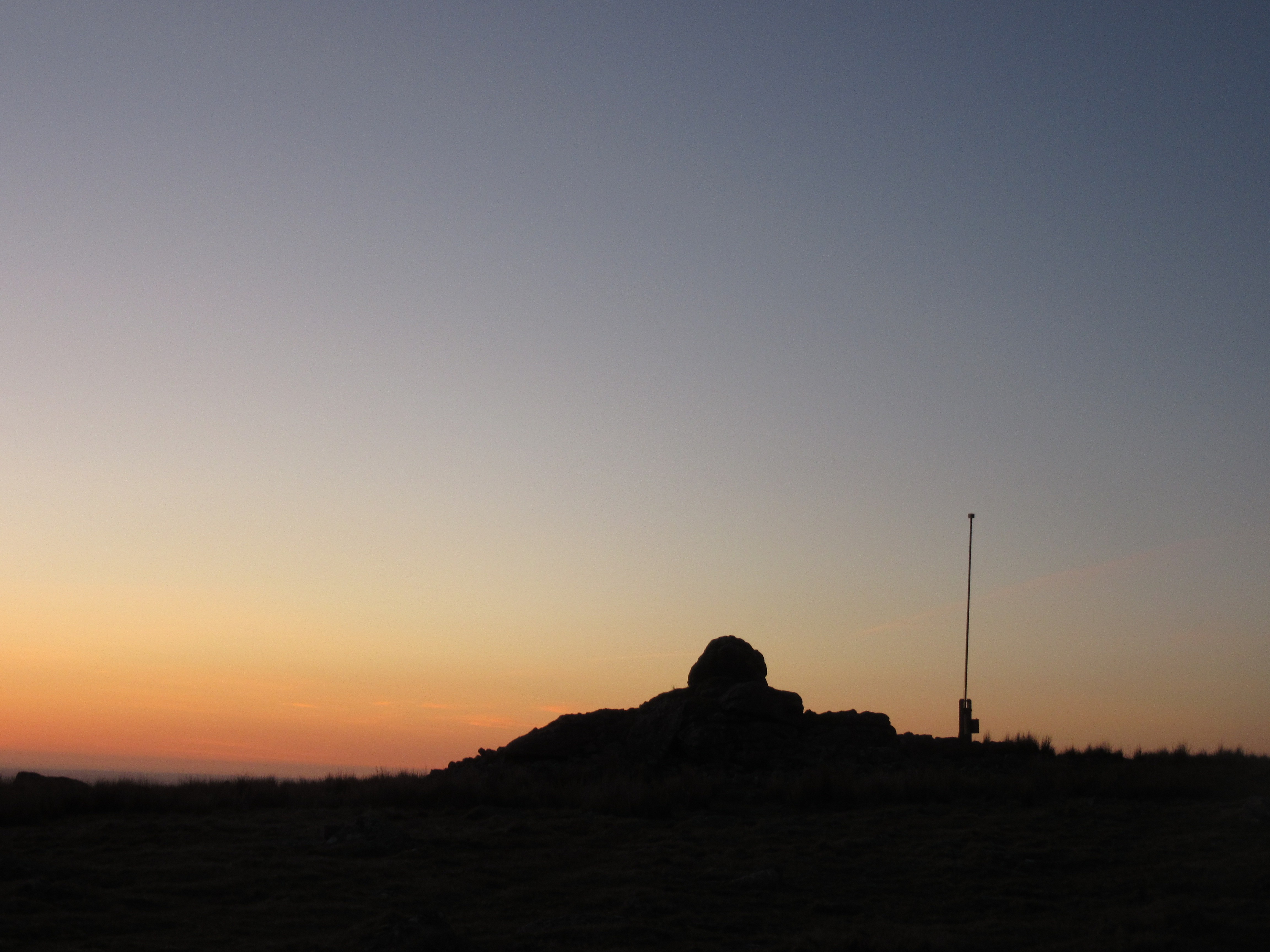 Last night I slept under the stars. At the end of a long sunny day of remote supervision, I snuggled up into my four season sleeping bag and curled up on my Alpkit Numo mat. We’d cooked dinner in front of the sunset, the sat around talking under the stars. An uncountable array of tiny spots lit the deep blue sky.

Then it got cold. We stayed out as long as we could, but the wind was up and sitting around in the dark we were chilling off quickly. Eventually, we retreated into our individual tents (we leaders are very sociable) agreeing that we wouldn’t go to sleep just yet. We were close enough to talk to each other through the canvas.

I took off most of my layers, did a few ‘mountain climbers’ to warm up (it’s pretty hard to do cardio in a tent!), then got comfy. I was just starting to drift off to sleep when the radio crackled loudly in my ear.

There was a reason I’d left it turned on.

We were waiting for contact from one of the teams we’re training. This weekend was their last practice before the final Ten Tors event. For the uninitiated, this is a 35/45/55 mile walk with full kit over two days, on Dartmoor. Our 45 team were running out of steam at the end of the day. We’d moved to higher ground to get a visual and decided to bed down there for safety purposes.

They checked in with us. We’d started later than the event – 8 am – so they had permission to move on. It was gone 10pm at night.

Because Ten Tors has been so much a part of my life and upbringing, I have got very used to the idea of it. I’ve done it four times myself, so that I don’t think twice about teenagers wanting to spend their weekend slogging an enormous rucksack around the moors. It’s just what people do.

But recently, I was listening to a Podcast in which a grown adult mentioned how walking 25 miles a day for two days as a huge undertaking. It was sore.

The four 15 and 16 year olds in our team had reached their last checkpoint for the night. It was pitch black. They had been walking since 8 in the morning. They had been carrying all of their personal kit, two tents, stoves and other team kit. They had walked a grand total of 35 miles already…

…and they didn’t want to stop.

They’d been flagging towards the end of the day. When we spoke to them over the radio, they sounded exhausted.

“We’ll continue on towards next checkpoint…”

Because it’s all downhill, so they thought they may as well.

We told them to let us know when they got into camp but, shamefully, I fell asleep waiting for them. The next thing I knew I was being woken up again by the radio… at 5:13 am.

They were on a mission. They weren’t doing the quickest times, but they were doing a good job. They were steady and persistent and they were not giving up. No way.

In recent years, I’ve fallen prey to an idea that propagates generation after generation: kids just aren’t like they used to be. Sure, lots of them spend way more time on their phones than I ever did. Sure some of them give us back chat and moan and give up easily. They may skip walks because of GCSEs.

But sometimes, they manage to hang on in there when the going gets tough. They learn to walk through the pain, beyond exhaustion and embrace the challenge…

That, is preparation for life.