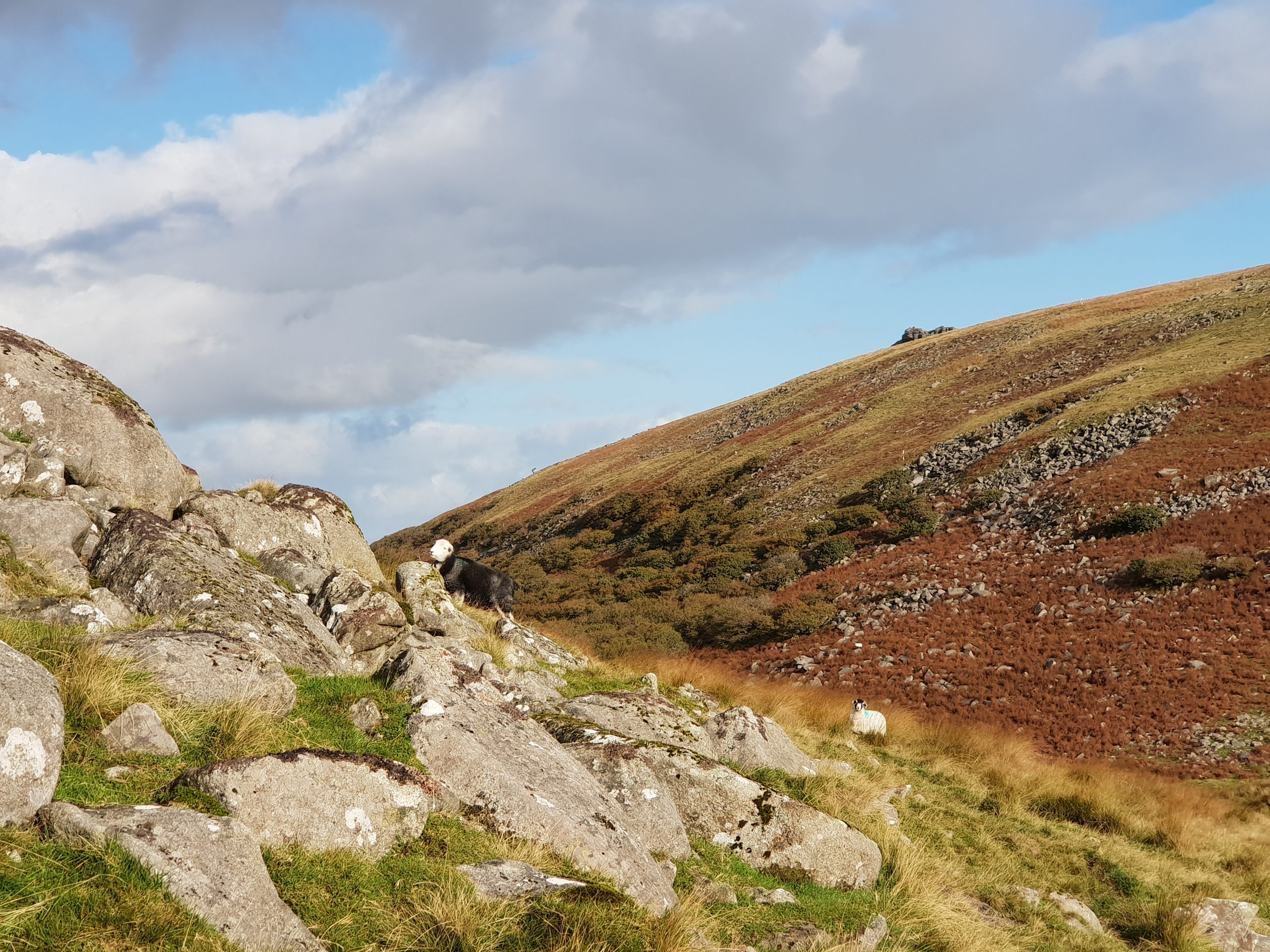 It has been time out of mind since I wrote a straightforward article about going on a walk on Dartmoor. You see, I go for walks on the moor a lot and it doesn’t feel very special. Certainly not worthy of writing anything about, most of the time. I mean, I could, but there’s usually something else to write.

Unless, it’s something unusual. In fact, I think the last time I actually wrote about a day walk on Dartmoor was when I did the Abbots’ Way because I couldn’t be bothered to take a bus and a train to Totnes. That was back in January 2017 – so have a little read and a giggle at how things were back then.

The Dartmoor 600s is, technically, a running challenge. You are meant to tick off the 5 hills on Dartmoor that are over 600m above sea level. I believe you can do them in any order and start anywhere you like. The Dartmoor 600 peaks are Yes Tor, High Willhays, Hangingstone Hill, Whitehorse Hill and Cut Hill. Most of them sit squarely in the firing range, so be sure to check if you’re likely to get shot.

As with many interesting ideas, it was Alex’s idea to try it. Yes, the Famous Alex I cycled down the Rhine with. What’s so interesting is that, honestly, you’d be unlikely to ever go to most of these hills. At least two of them are bog covered lumps in the middle of nowhere. Never mind think to connect them all up. It looked like one exciting, bog wading extravaganza.

Or first stop was Yes Tor, the highest tor on Dartmoor. It was quite a long walk in for us to reach the ridge. The picture makes it look like a tiny little lump!

One of the best – or perhaps strangest – things about the Dartmoor 600s challenge is that there are two sets of very close pairs. From Yes Tor, it’s only a few minutes along the ridgeline to High Willhays.

To get to our next checkpoint, we cut down the hill east and across the bog until we hit the army road. It’s then a simple matter of following this track until you’re almost at the foot of Hangingstone. We were surprised how many people were out and about. Sure, it was a Saturday but the forecast was a bit grim. It started showering around lunchtime.

On top of Hangingstone Hill is a nice big stone hut. I honestly don’t know what it’s for. There are lots of huts like this on the North moor and most of them are Army related or for National Park Rangers. I’ve never seen anyone use one though!

From Hangingstone, it is a small matter of walking basically due south until you reach Whitehorse Hill. It feels rather like the other end of the same hill, to be honest. You’ll have the joy of crossing some of Dartmoor’s wettest bog too. (I’m not being sarcastic here – I love bogs!) Squelch your way through the long grass and peat and puddles. There are two peat pass marker stones on the hill. We figured the second one was more likely the top.

I’m not sure where the name Whitehorse comes from. There’s certainly nothing white or horse-like about the ground (unlike somewhere like at Uffington, say). It seems unlikely someone would have named the hill because they saw a white horse there once. Although stranger things have happened. I quite like the idea that whitehorse was the name of some bog plant or water feature on the hill. Based on zero facts, mind.

And now, for the famous Dartmoor bog. Cut Hill is famously out in the middle of nowhere and notoriously wet. Whatever you do, whichever angle you approach from, you’re going to get wet feet. The Dartmoor 600s really are a very novel challenge in this respect. No one in their right mind would ever have suggested just popping across a massive bog to Cut Hill as part of a nice walk.

We had the full works. The cloud came in. It started raining. We were getting wet from all directions. Ah Dartmoor 🙂

Victorious, we sat on Cut Hill for a little while, eating some second lunch in the pouring rain. Then, food finished and cold setting in, we headed back towards our start point. Compared to the actual five checkpoints, I’d say that the walk in and out made up at least half of the walk. Choose your start point wisely – you may as well enjoy the rest of the moor while you’re out.

Not that this is a challenge review or anything! But it was a nice day out, a fun way to connect some points that you’d never normally connect and a good deal of bog stomping. I don’t think I’d ever been to Whitehorse Hill or that particular bog between it and Cut Hill before. It’s always good to find ways to visit new places in an area you know very well.

Aside from the ring road it is entirely off paths and in the long grass. We were comfortably out and back in a day, but none of us are particularly slow walkers. If you’re up for trying something a bit different on Dartmoor, I’d recommend it!

Leave No Trace – Why Bother?