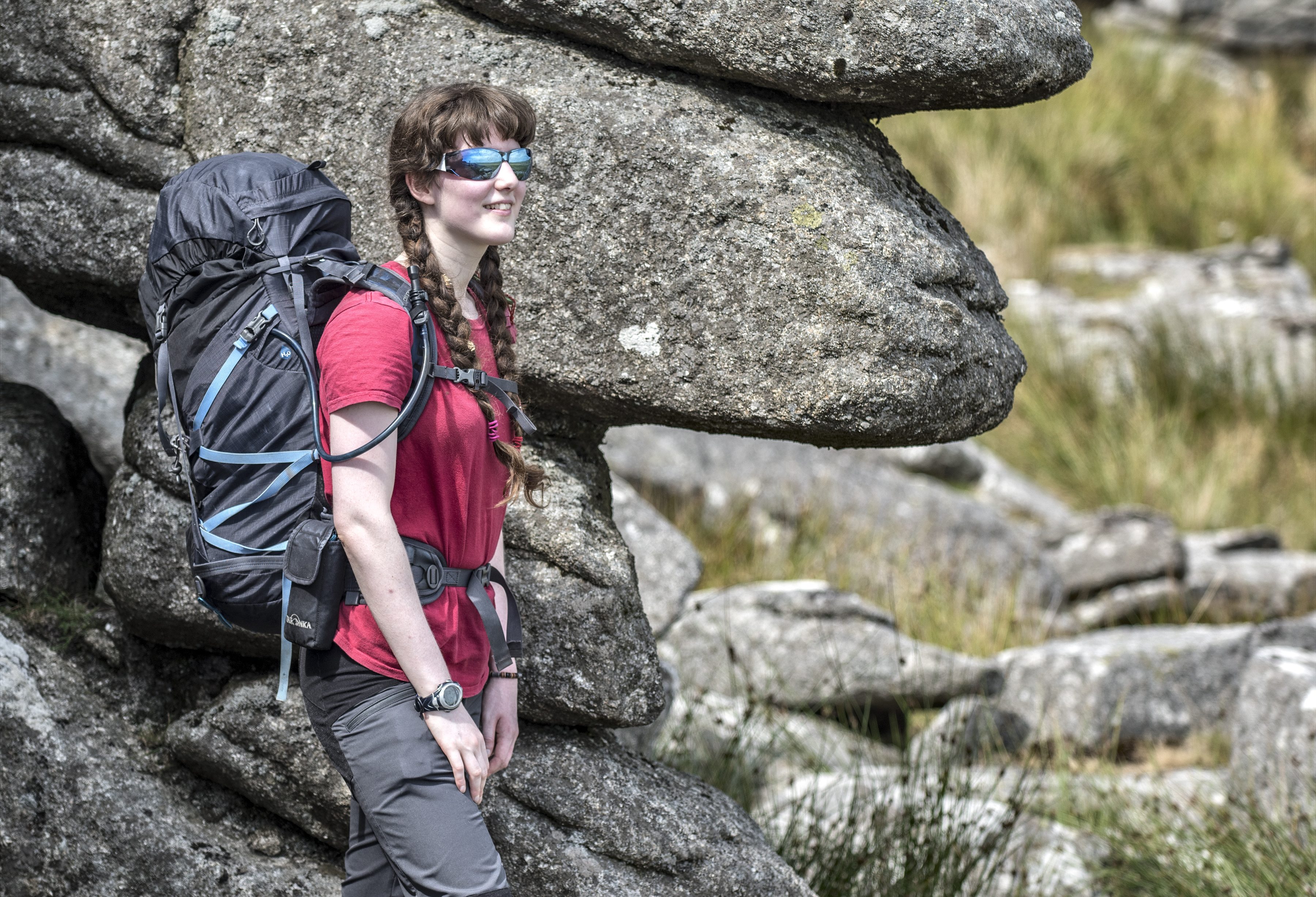 In light of this, it seems a good time to share all the things I’ve been thinking about to plan the expedition. Here are the things you should think about before you go walking on Dartmoor. Some a specific to the moors, others can apply to all wild and remote areas in the UK.

Weather can make a huge difference to your walk or expedition. For example, knowing whether to bring suncream or a 4 season sleeping bag (possibly both!) will dramatically change the comfort of your trip.

For most UK mountainous areas, there is a great website called MWIS which does dedicated mountain forecasts. They tend to be a tad pessimistic, but they do a really good job of translating the weather data into what it will be like to go for a walk. They list chances of cloud free summits and use phrases like “mobility torturous”. Always worth a look before you go.

Sadly, MWIS doesn’t cover Dartmoor. So, we are left to check the Met Office. Try to get the closest town to where you’ll be walking. I tend to look at Princetown for a worst case forecast. However, some places on Dartmoor do have their own dedicated forecast. Duck’s Pool, Yes Tor, Cranmere Pool, Great Kneeset… No idea how they decide what’s worthy of a forecast, but it might be helpful!

Dartmoor has 3 ranges: Okehampton, Wilsworthy and Merrivale. These are still used regularly by the military for live firing practice. The times of live firing are published on the MOD website 6 weeks in advance. Make sure you check before you walk in one of these ranges!

For long term planning, there is a list of guaranteed public access days in each of the ranges. This is released yearly, although it’s worth noting that they always leave August completely free of firing.

If you accidentally forget to check and stray near one of these ranges, it’s easy to tell if live firing is happening. Many of the tors on the edge of the range have a large mast. If there is a red flag flying on the pole, then DO NOT go into the range.

This comes with the territory of being a military practice area for so long. Dartmoor has been used by the MoD for generations, as far back as the Crimean war. There are notches in standing stones that the US soldiers used for target practice in WW2.

This long history has some practical disadvantages today. There is a chance that you might come across some rusted lump of metal which is actually an unexploded munition. The bog and peat absorb impact, the it slowly works its way back up to ground level over the years.

Although rare, it is not out of living memory when some children were playing catch with what turned out to be a WW2 mortar. I was told this story second hand, but I don’t think it was a very happy ending.

If you see something that looks like old metal, don’t touch or approach it. Mark the spot and contact the military authorities (01837 657210) or the police on 999. Better safe than sorry.

For a multi-day expedition, completely on Dartmoor, you are going to have to sleep somewhere! Dartmoor is getting a reputation as the only National Park in the UK where it’s legal to wild camp without asking the land owner. Although this is true, this is not the whole picture at all.

A complete map of where’s it ok to camp is available on Dartmoor National Park’s website.

Of course the normal rules of wild camping also apply. You should be at least 100m from a road and at least 50m from a watercourse. You should be in a small tent, not a huge family tent, and leave absolutely no trace you’ve been there. Just a light depression in the grass where your tent was.

For a long expedition, you’re also going to need something to drink. On Dartmoor, it seems generally safe to drink water from the rivers with appropriate sterilisation. For my 10 day expedition, I’m going to be relying on sterilisation tablets and water from rivers. It’s what I’ve been doing all my life on Dartmoor, but I’m no scientific expert.

People used to say, flippantly, that you only get ill if you drink from a muddy puddle with a dead sheep in it. However, I’ve also watched friends be very ill on expedition possibly because of not tabbing water.

Some good things to consider are:

With that in mind, I would NEVER drink from a Dartmoor leat. Although these are people’s drinking water, they go through a complex filtration and purification process before they come out of a tap. Armed with the mere chlorine tablet, I think I’ll give it a miss.

This kind of falls into 2 main categories: staying clean and using the (absent) toilet.

I’ve been on long expeditions before and you basically just have to accept being a bit dirtier than usual. If you wash in a stream, you are polluting the water course. You can take a wet wipe of several, but then you have to carry them around until you get home. There’s also the question of the “order of wiping” if you’re restricted to 1 wet wipe a day.

I have to confess I’m a bit of a novice to this one. My longest remote camping expedition to date has been my Gold DofE expedition. I didn’t wash at all. I think 4 days is kind of ok…

I went on a 2 week hut-to-hut expedition in Austria and washed somewhat awkwardly using the sink, a towel and locking myself in a toilet cubical… It turns out huts in Austria have communal showers only and I’m just not up for that!

Going to the toilet

So, this one… I think we’re all ok with number 1. Find a bush. For number 2 it’s a bit more of a hassle. You really need to dig a hole (internet tells me the accepted depth is at least 6 inches). Then poo in it and cover your mess. Don’t leave the loo roll in the hole (unless it’s a biodegradable type), either bag it and take it home or burn it. My only concern with the burn it option is the risk of starting fires on a peat-filled and fairly dry moorland.

Obviously, poo hole locations should be away from and downstream of rivers, nowhere near a path and suitably distant from people and things. This is for everyone’s good!

Can you avoid it? For short expeditions, yes. Some guys I know used to swear by eating half a packet of digestive biscuits the night before Ten Tors to completely block themselves up. Or you can go first thing in the morning before you leave and cross your fingers…

There are a few animals on Dartmoor, though it’s certainly not a jungle! Some things to think about are:

Access rights are something people often forget about. You just assume, because it’s a National Park, that you can go anywhere. Not true. Check a map beforehand to see where the Open Access land is. Also look at the rights of way available through private land (e.g. farmer’s fields).

Also bear in mind other users of bridleways. Since mountain biking has become more of a thing on Dartmoor, there are some sections of bridleway that can be quite dangerous to walk on if you’re not expecting to see a bike. I’m thinking particularly of the downhill section just outside of Burrator, which is very narrow and people take fast on a bike.

Think about other events which might be going on too. For example, if 300 runners or 300 cyclists descend on your route that weekend, it might not be quite as fun!

I have talked at length about this elsewhere, but take a map and compass. Know how to use them. Please don’t rely on your phone, or footpath signs, or walking at the big TV mast on North Hess until you reach it…

If something goes badly wrong, call 999 and ask for the Police then Dartmoor Rescue. Leave a plan of where you’re going, particularly if it’s a long expedition, with someone to help Dartmoor Rescue find you if you’re missing. Take an emergency phone with you. Personally I’d go old school over smart to help with battery life. There’s nothing like being in an emergency and being unable to phone for help. There is a chance that Dartmoor Rescue can locate you precisely from your phone using a technology called SARLOC. However, this seems to require a good 4G signal – not something you can rely on!