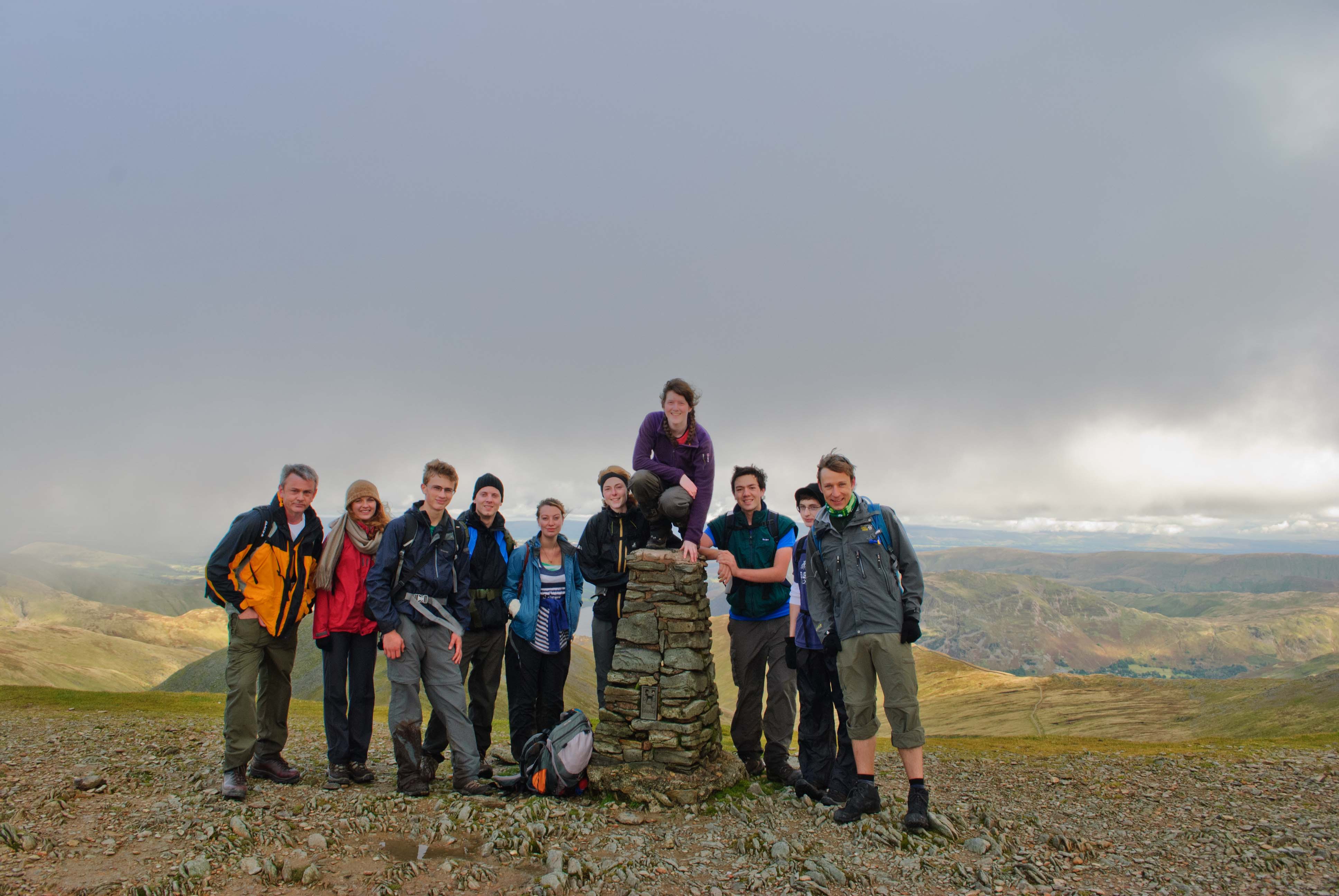 Yesterday we talked about how I first fell in love with Dartmoor – or perhaps got obsessed with it! If you haven’t read it, you should definitely read part 1 first.

Today we’re going to talk about what happened next. I left off the story with me heading off to university in the big bad North (that is, everything east Devon).

I could write a very long post about university. But this is not the place. Put briefly, I really didn’t enjoy it. It was one of the most miserable times in my life and I only really realised that properly once it was over. That said, I made some great friends and had some great experiences that happened because I was at university. I’ve always been more of a diversity girl than a uni-versity.

Part of the good stuff was being part of a hill walking club. In fact I’m pretty sure I used to say to people that I was at university to “climb mountains and bake cake” in second year. No mention of a Maths degree there…

I showed up to the first day walk with DUHWS probably looking a bit keen. It was just about the only club I’d wanted to be a part of (and there were well over 200). A fresher getting on the bus with a 60 litre rucksack probably raised some eyebrows amongst the leaders. But I didn’t own anything else.

We drove to Glenridding for a trip up Helvellyn. At least I’d heard the name before from my parents. It was quite exciting to be far enough north to actually see it. Not, ironically, that I actually did. My first ever trip to the Lake District was, you might say cynically, typical. It was foggy, wet and cut short due to adverse weather conditions. Apparently we went up Fairfield.

Dartmoor is Not Flat

Other than whatever I was taken up in Yosemite, aged 2, that was probably the biggest hill I’d ever walked up. I’m discounting a mountain near Lake Garda here because I’ve no idea how high it was…

The hill climbing wasn’t so much of a shock as the shift in attitude. All my life it had always been about walking further, faster. Hills were just speed bumps. Here it was about higher or “more epic” – whatever that means…

I had a rough time defending Dartmoor from being called flat.

It was a losing game. I still get teased about it by my northern friends because they know it winds me up. Many of them still just don’t get it.

It’s funny looking back on first year and how different this new world of mountaineering was to me. I had never heard the words “tarn” or “crag” before. I had never seen “scree” and got confused by the sheer number of cairns everywhere. There must have been a whole load of bronze age burials on Helvellyn ridge…! Likewise, no one understood what “clitter” or “clapper” or “cist” were.

The Mountains Are Calling

Despite being that weirdo with the 60L rucksack, I found some friends and kept coming back. We went on day walks in the Lakes, Yorkshire Dales, North York Moors, Howgills… every weekend. We had full weekend trips to Snowdonia, awkward corners of the Lake District and Scotland. Then there was a full week away in the summer after exams in the Highlands. Here I learnt the meaning of midge.

The mountains were calling and I was sure as hell going. It was helping to keep me sane. Within a year I was taking a friend’s place on a Mountain Leader Training course (thanks for breaking your ankle Ian!). Soon I had passed DUHWS in house leading assessment and was leading groups on walks. I joined the exec and had been President and Vice President before I graduated. I started doing more stuff in winter. During the summers I got my first taste of the Dolomites and Alps.

A Helicopter In The Paper

One holiday towards the end of third year, my Mum showed me something she’d cut out of the local paper. It was a huge advert from the local Dartmoor Rescue team. I don’t remember what it said, only that they were recruiting… and that there was a large picture of a helicopter.

The advert was looking for people in the near future. I still had a year left a university. But, since I’d never heard of them recruiting before, I dropped the Training Officer an email. He sent me back an application form and said he’d keep me on file, if I let him know when I got back from university.

At the time I was struggling through application forms for internships and graduate jobs. I often tell people I applied to Dartmoor Rescue because the application form was easier than the job applications I was supposed to be doing… But I could answer well and “Yes” to almost everything. It felt like I was on to something.

The Same, But Different

I came home to Dartmoor in 2015. That’s home to live with my parents, no graduate job lined up. But I did have a successful application to join Dartmoor Rescue…

As I started training with the team, I also stepped back into my old Ten Tors group. I’d been coming back and leading with them sporadically through the holidays. But now that I was home for good, I could really commit again. It was like stepping into an old pair of shoes… almost.

The man who led our Ten Tors group was Stuart Brown. He was the chief instigator of all the weirdness I mentioned in yesterday’s post. He was the driving force behind the Plodders and a man we all looked up to and wanted to make proud. A lot of us learnt almost everything we know about Dartmoor from Stu or under his supervision.

The day before my Galois Theory exam in third year, I got a message notification from Facebook. There were over 100 people in the thread, so I assumed it was spam. I scrolled to the top. It wasn’t.

Stu was diagnosed with cancer sometime soon after I went to university. He got it, he had the treatment and got better. I guess it says how out of the loop I was with the Plodders at the time that I didn’t even know he’d been back in hospital. Now he was dead.

No Retreat. No Surrender

I’ve written and deleted this sentence several times now. There’s nothing I can really write that will do justice or really explain what I mean. I wish I’d been able to tell him that I’m in Dartmoor Rescue now and that I’m a Mountain Leader now too. I wish I could tell him that that little girl who fell into the leat on her first night nav exercise, is now helping to pinpoint casualties in the dark at 3 o’clock in the morning. I wish I could tell him that I’m about to walk all the tors on Dartmoor – because I know he’d give me such a grin. It’s the completely tough and bonkers sort of idea he’d love.

He did so much for so many of us. We have a Outdoor Ed teacher who drives a couple of hours down to lead with us some weekends, because Stu taught her how to read a map. Even though I can’t get a grin from him, I’ll be thinking about him and all of my time with the Plodders on the way around All the Tors.

The first post was about one reason for doing this challenge: curiosity and an unusual love of Dartmoor. I guess this post is about another reason: the people. I’m doing this challenge for the people who helped me to grow in the outdoors. For the people who guided me into the person I am today – whether that’s by teaching me to read map symbols or by getting me to crawl through a bog blindfolded, or wake up at 4:30am and try to do up my frozen laces.

Maybe I’m trying to give back somehow. These people made a mark. Some of them were inspiring figures, who I wanted to be like. Others facilitated harsh lessons and helped shape mindsets and attitudes. I still lead with the Plodders even though Ten Tors has almost changed beyond recognition. I help to teach navigation because, a long time ago, someone taught me… and it’s changed my life.