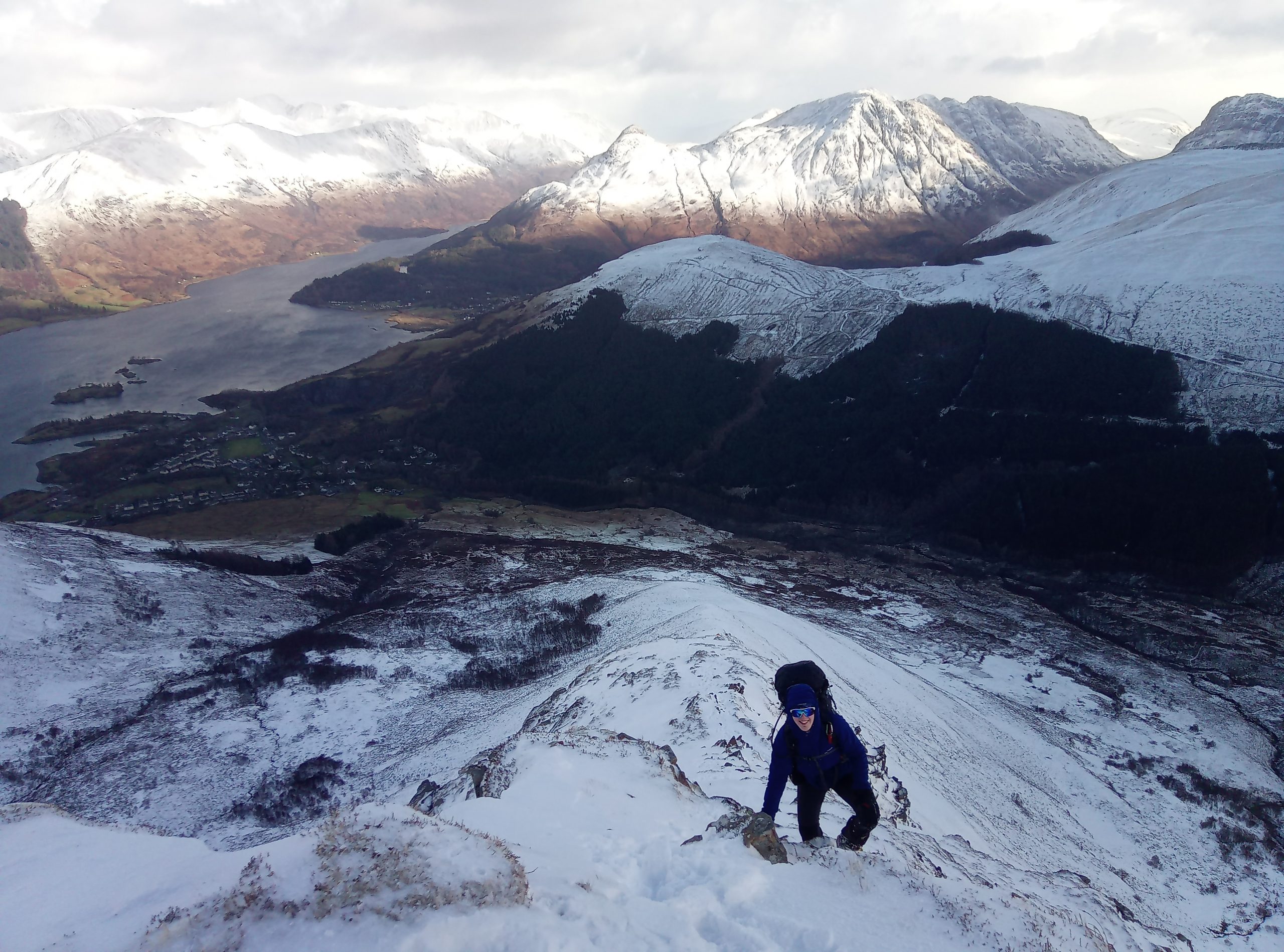 Well, it has been a while. In fact, I feel like I’ve just blinked at the New Year and it’s already the end of February. Not that I haven’t done anything – there’s been a heck load of stuff happening in these past 2 months. So much so that today is the first time I’ve been able to pause for breath, take stock and pick up a pencil. So what’s been happening?

First and biggest is I’ve moved out of my parents’ house. It’s almost 5 years since I graduated from university and came home jobless. Much has happened in these 5 years (including everything on this blog!) and I’ve finally found myself in a situation where I can move out. It’s sad to leave my childhood bedroom and family home behind, but I have lots of plans for the new place. For a start, there will be great storage and drying rooms! There is also a tiny room with only bookshelves in it that makes me inordinately happy. I’ve wanted a “library” since I was small and now it’s finally happened.

On the subject of books, I’ve been doing a fair bit of reading in a genre I’ve never read much of before: mountaineering. I devoured Touching the Void in a couple of days, after picking it up at a charity shop in Keswick. There aren’t many charity shops that you can count on having a mountains section! Plus I’ve started No Picnic on Mount Kenya which I’m finding surprisingly relatable for a story about prisoners of war. I guess fundamentally we all run to the mountains for the same sort of reasons – theirs more literal than most.

I Made a Movie

The other thing that seems fairly big is me finally finishing the All the Tors movie that I promised. I said I’d do one and almost 2 years later it has finally seen the light of day. Not that I needed 2 years to do it, simply the impetus and inspiration to start. Thanks to the Sheffield Adventure Film Festival for providing that deadline.

I didn’t make the selection for ShAFF, but they suggested I enter the BMC Women in Adventure Film Competition instead. So I did. Cutting it down to under 10 minutes was a great exercise in itself. Done. Then, as part of the process, the BMC released it on their YouTube channel. People watched it.

Personally, I always find it a bit scary putting art out there into the world. By art I mean something that reflects me and me feelings, rather than my thoughts (or at least I think that’s my distinction…). In particular anything that has a large slice of my emotions in it. For some reason it makes me feel far more vulnerable than, say, walking 300km alone. I remember my first photography exhibition, in year 10 or 11, feeling like I’d taken my heart and stuck it on the wall for people to walk by and examine and criticise.

If you’ve been hanging around here for long enough, you’ll know that All the Tors was a very personal journey and I’ve tried really hard to capture and explain that in the film. Sure, I walked a really long way in horrendous weather, but it meant so much more to me than that. I had to start at the beginning and I think it seems to have worked.

And, although I won’t be winning any prizes for most views, over 2000 people have seen it. Two thousand! People I’ve never met and probably never will, people who did Ten Tors as kids, people who’re doing Ten Tors now and the scariest bit: my friends. I have made a stranger cry and – although I don’t wish to make anyone cry – I feel like perhaps that should be a marker of effectiveness of art that I’ve never thought of before. There are a few books that have left me crying at the end and that author has managed to make me feel something strong enough to make me cry. That’s very powerful.

Anyway, before I go off on even more of a tangent, I must have done something right for BBC Radio Devon to call me up for an interview about it. Not that I could make it, staying in a bunkhouse in the Lakes with no signal. Still it’s the thought that counts, right?

What else ? Well I’ve spent some time in the North, hunting for winter QMDs. The weather was pretty miserable, but the trip was great, actually. There was no snow in the Lakes for the time I was there and Scotland was piling snow back on when I arrived. So much so that it was hard to do anything. Never before have I seen 100mph winds and lightning on the forecast, but there it was.

Incidentally, I’ve joined as an Ambassador for MWIS (the Mountain Weather Information Service). If you’ve never heard of them, you should definitely check out their forecasts.

We had some good days though. A stunner of a hike out to Pillar from Honister and back over Great Gable. Gorgeous day, with Brocken spectres and cloud inversion to top it off. In fact, I should make more of a big deal about this. I WENT TO PILLAR! After our failed Lakes End to End, you’ll understand why that’s a big deal for me.

We did Ben Nevis in similar conditions, but with lots of snow and no cloud inversion. You could see for miles and miles. There was a very informative avalanche lecture in the Clachaig Inn (he had me with the analogy of dragons). We also did a day on Schoolhouse Ridge above Ballachulish and the Munro nearby. That was definitely a QMD!

If anything I’ve learnt that this is going to be a very slow process. Unless I go live up in the Highlands for a month, I’m going to be prey to the weather conditions. Since I haven’t even done the training course, I might have enough days to cobble together an application. It would just be really nice to have lots under my belt before I start. We’ll see how patient I can be!

Sooooo… this time last year (ish) I said something about fitness. But it was just way too vague. I did some things and I still have my Tentacling map going. Interjection: you should check out this guy who was far more successful in London. Oh and I cycled back from the Rhine and all that… But it was all very haphazard and directionless, like always.

During our poor weather days up in Scotland, much indoor climbing was done. It was here I discovered that yes, I still cannot do a pull up. Although, mysteriously, I can do it with both hands on the same hold. Sport science is not really something I’ve ever learnt much about, so I thought I’d get a book about it (Training for New Alpinism). So far it has been very interesting… and it so happens to have a fool-proof guide to being able to do pull-ups. Maybe it’s time to ask the landlady if I can put a pull up bar on the stairs…!

Either way, I’m going to give something more structured a shot this year. We’ll see how it goes. Naively, I think that ultra marathons don’t sound that hard. I mean it’s not like I can run continuously for 5k even, but something about the speeds and distances makes me think it’s almost walkable. And I know I can walk with a heavy pack for a very long time. Sure, I must be missing something, but I’m prepared to learn the hard way.

I’m in awe of the fact that this year even came. Not in a pessimistic way, just that growing up 2020 goals were always the really long-term, very far away ones. Now we’re here. Existential crises aside, I have high hopes for what 2020 will bring.

Towards the end of 2019, I was going through a process of elimination. That’s not axing everything I love, but streamlining my life so I can get where I want to be. Sometimes that means saying no to things that are alright but not awesome. Life has felt very different now that I enjoy my day job and I’ve been able to draw back from being that person who does everything. 2020 is going to be all about focus.

In terms of adventures, I promised myself I wouldn’t go away every month of 2020. Last year was great, but it was a bit full on. So I’ve gone away every month except January so far… There will be MBA trips (at least 2), plus I’m plotting something for the summer that will involve lots of mountains. It’s a secret at the moment, but I’ll tell you once some things are confirmed!

Oh and of course I’m resolving to tick some fairly big things off my do-before-I-die list. Because 2020 was a long way away once and I still haven’t done those things on the list. Better get started or they might never get done. That’s all kind of part of the “focus”.

Phew, well I think that’s enough of an update for now! In the meantime, please do drop something in the comments about the first bit of your 2020, or what plans you have for it. There are getting to be quite a lot of you now and I’d love to hear some of your stories and get to know you a bit better.

P.S. I’m getting increasingly less regular on the blog and social because of work. If you’d like to stay up to date, I’m thinking of doing emails. Otherwise, all the pretty pictures are going on Instagram.

The One that Got Away…