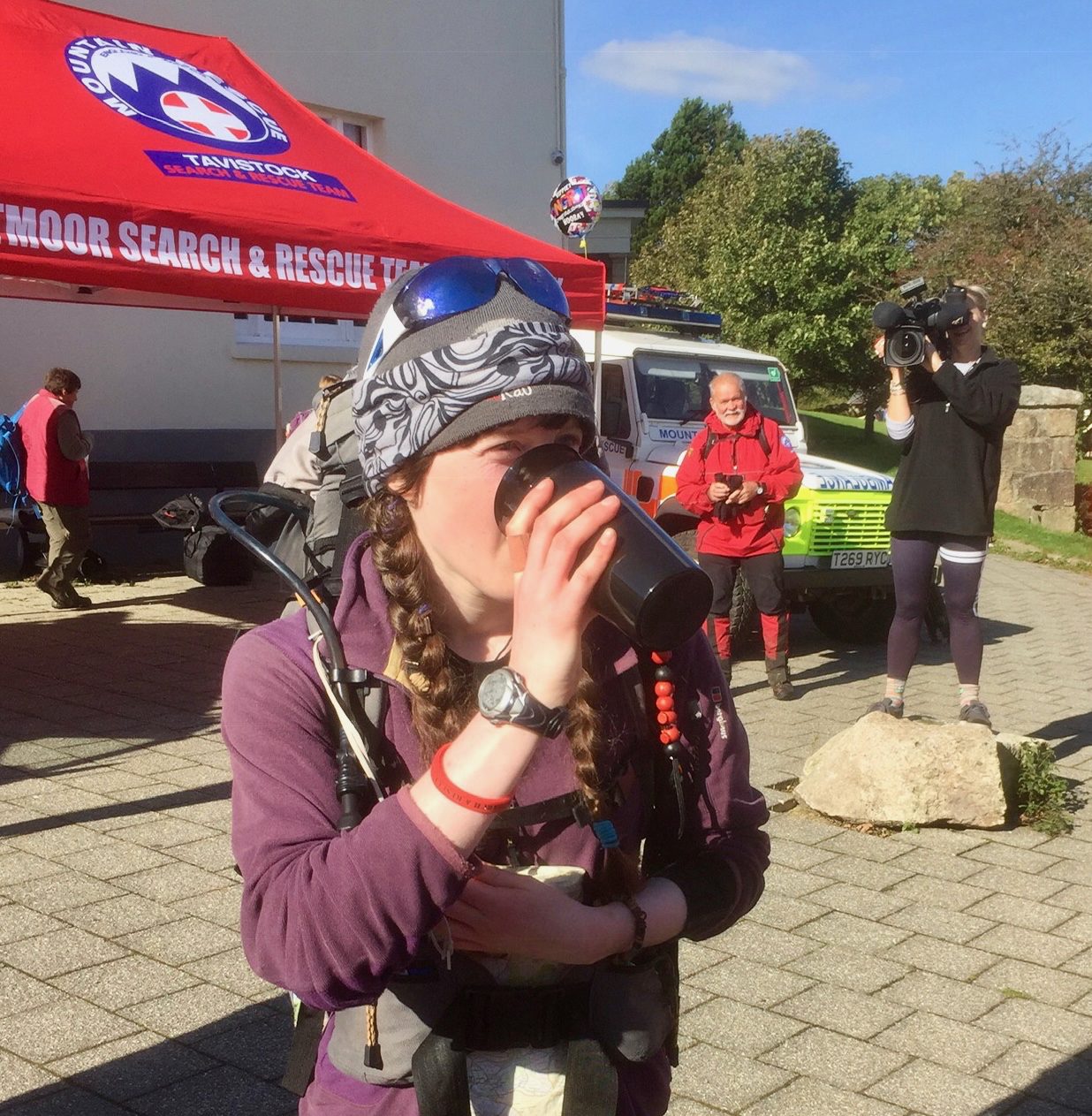 Should I raise money for charity? That’s a big question for adventurers. Having recently finished my first (and quite possibly last) adventure where I fundraise for charity, here are my thoughts on the good, the bad and the ugly.

This year I set off on my first ever fundraising adventure. That is, an adventure where I was hoping to raise money for charity at the same time.

I don’t think I’ve ever tried to raise money for charity like that ever before. (Edit: just remembered that we did a Sponsored Spell at primary school, where Spell stands for Spelling Test…) I’ve always found it a bit awkward asking people to support things like that. Why would anyone want to give me money on a fundraising page?

1. Doing it Anyway, May as Well

The thing is, I was always going to try to walk all the tors on Dartmoor in one go. As soon as I’d mentioned it to a friend in the pub (and she’d said I’d break myself) I knew it would happen. But like anything we mean to do someday, it helps to have and excuse to do it now.

Being in Dartmoor Rescue and having our 50th anniversary align with my 25th birthday helped to give the challenge a deadline. I needed an excuse to make it happen now. My attitude was that I was going to do it anyway, so I may as well make something of it.

2. Easier to Get Publicity

A story is important. “I picked a random charity in the hope it would bring more media coverage to my challenge” is not, in my opinion, a good idea. True, people will be more willing to help you and share your story if you’re seen as altruistic.

Related to this: bring the charity on board to publicise your challenge. This was a tip given to me by Nikki Love. Having a charity shouting about your adventure makes your fundraising a whole lot more effective for them. Work together.

When I was at university, I signed up to go to Peru with the Charities Committee. This involved a 5 week trip in the summer, featuring a mix of adventure travel and volunteering.

I didn’t get a place in the end. I watched the girl who interviewed me write down the opposite of what I’d said on the paper in front of me.

Shame I was too much of a scared fresher to point it out there and then.

However, I probably dodged a bullet. I had quite enough on in first year without having to raise ~£3000! Some of my friends persisted and spent hours on bake sales, raffles, quizzes… to reach the total. I’m not sure they ever got there entirely.

The reason I include this story about Peru is that the fundraising money was not just going to charity. Certainly some of it was and certainly people would be doing volunteering, but some of that money was also paying for the flights.

I think you have to be really careful with that. Make it very explicit on the donation page where the money’s going. People will feel differently about donating straight to a charity vs paying for you to have a great adventure.

Make a big distinction between fundraising to go on the trip and fundraising money direct for the charity.

2. “Actually I’m not doing it for charity”

The other thing that drives me nuts about the rise of charity challenges is that people assume you must be doing your adventure for charity. Cue conversation with random passer by:

“Oh wow that sounds amazing, which charity are you supporting?”

“Errr, none actually, I’m just doing it because I want to.”

Me: feels really selfish and carries on with journey.

It’s not a particularly bad problem really, but I’m a huge advocate of adventure for adventure’s sake. Sure you can do it for charity, or have your social media followers chase you around the country – if you want. But if you just want to get up and go, just go. Don’t feel like you have to do it for a reason. If you want to go, that is enough.

Going on an adventure is actually very simple. Pick up a bag and a mode of transport and leave. Everything else is self inflicted.

You don’t really have to plan to death, or have a huge content scheduling plan or sponsorship agreements or…

You also don’t have to be supporting a charity.

But if you are supporting a charity, all of a sudden you feel obliged to do things on the side of the adventure. For example, on the morning of the last day of All the Tors, I phoned into BBC Radio Devon at 7:30am. My phone had almost run out of battery, so I’d said no at least once.

In the end, someone from Dartmoor Rescue came out and found me to give me a spare phone for the interview.

The same for the grand finale. If it had just been me and my adventure, I would have walked into Princetown on Monday afternoon. Quiet and unnoticed. Instead I ended up camping 2 tors from the finish at 3pm on Monday, because we had a big media finish planned at 10am Tuesday.

2. Dealing with the Target

It’s almost 1 month since I finished All the Tors. I set myself a target of raising £5000 to go towards new waterproofs for Dartmoor Search and Rescue Tavistock. At the time of writing, I’ve raised almost £1700. On one hand, that’s epic – and I’m incredibly grateful to everyone who’s donated.

On the other hand, that’s nowhere near my target. That’s about as much as we raise standing outside a supermarket for the whole weekend (instead of slogging around Dartmoor for 10 days).

I also hate not making targets. Although the adventure’s over, I still feel like I have to keep pushing to reach that illusive £5000. A target I never thought I’d reach anyway, but thought I may as well try! Now I feel like I’ve failed if I don’t.

Can I Crowdfund for my Adventure?