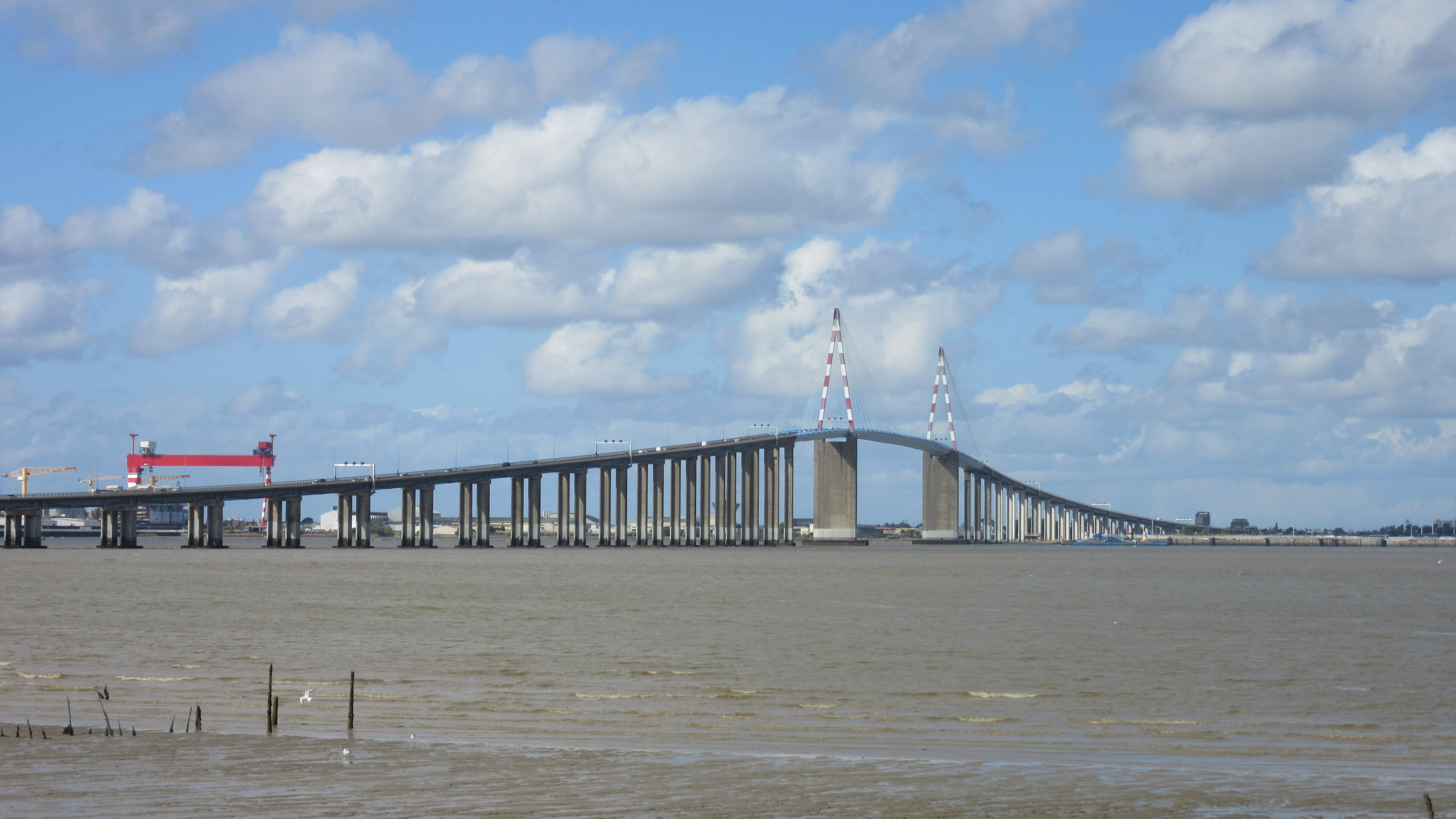 The Bridge of Saint Nazaire spans the estuary where the Loire meets the Atlantic. If you’ve cycled the whole of the Loire, it seems like the perfect finish: an impressive bridge next to the sea. It’s a colossal 3356m long (yep, that’s over 3 kilometres of bridge), with a significant amount of uphill on the way. From a distance, it looks rather like a tame sort of rollercoaster.

Fact: You can cycle over the bridge at Saint Nazaire.

There is even a bike path. I have cycled over it. But the internet seems to be full of people telling you not to and here’s why.

What to Consider About Crossing

If you’re cycling over the bridge on a windy day, you’re being buffeted from one side, forcing you randomly out of the tiny cycle lane, with a queue of angry drivers behind you. Maybe.

During my time cycling in Europe, I noticed that actually most drivers will give you a lot of room when overtaking. The two times we were cut up the closest were British drivers. Thanks guys. Other reviews talk about having to be a seriously experienced cyclist to get across, but if you’ve made it the whole length of the Loire, you’ll probably be fine. I might think twice about doing it with young children, or people with a nervous disposition, but if you’re comfortable cycling on a road with traffic, it’ll be okay.

Do be sensible about the weather conditions. If it’s very windy, it’s probably not a good idea. Don’t forget that the first half of the bridge is uphill, which means you’ll be on the breaks for the last 1.5km. It’s not a good place to loose control of the bike.

My Experience of Cycling the Bridge

When I cycled across the bridge at Saint Nazaire on a tandem, it was gusting 50mph. How did I manage it? Simple. They shut the lane whilst I was going over. This is actually quite common for large groups of cyclists on an organised trip or event. They shut the bridge for the Tour de France in 2011. They also shut it for a group of ladies who’d beaten breast cancer and cycled the length of the Loire to prove it. We were lucky enough to meet them on our trip and see them finish at the end. With the extra room and the space to stop at the top, it was a wonderful end to the Loire cycle route.

Then there’s always a bus or a ferry.

Have you ever cycled across the bridge at Saint Nazaire? What was your experience like?