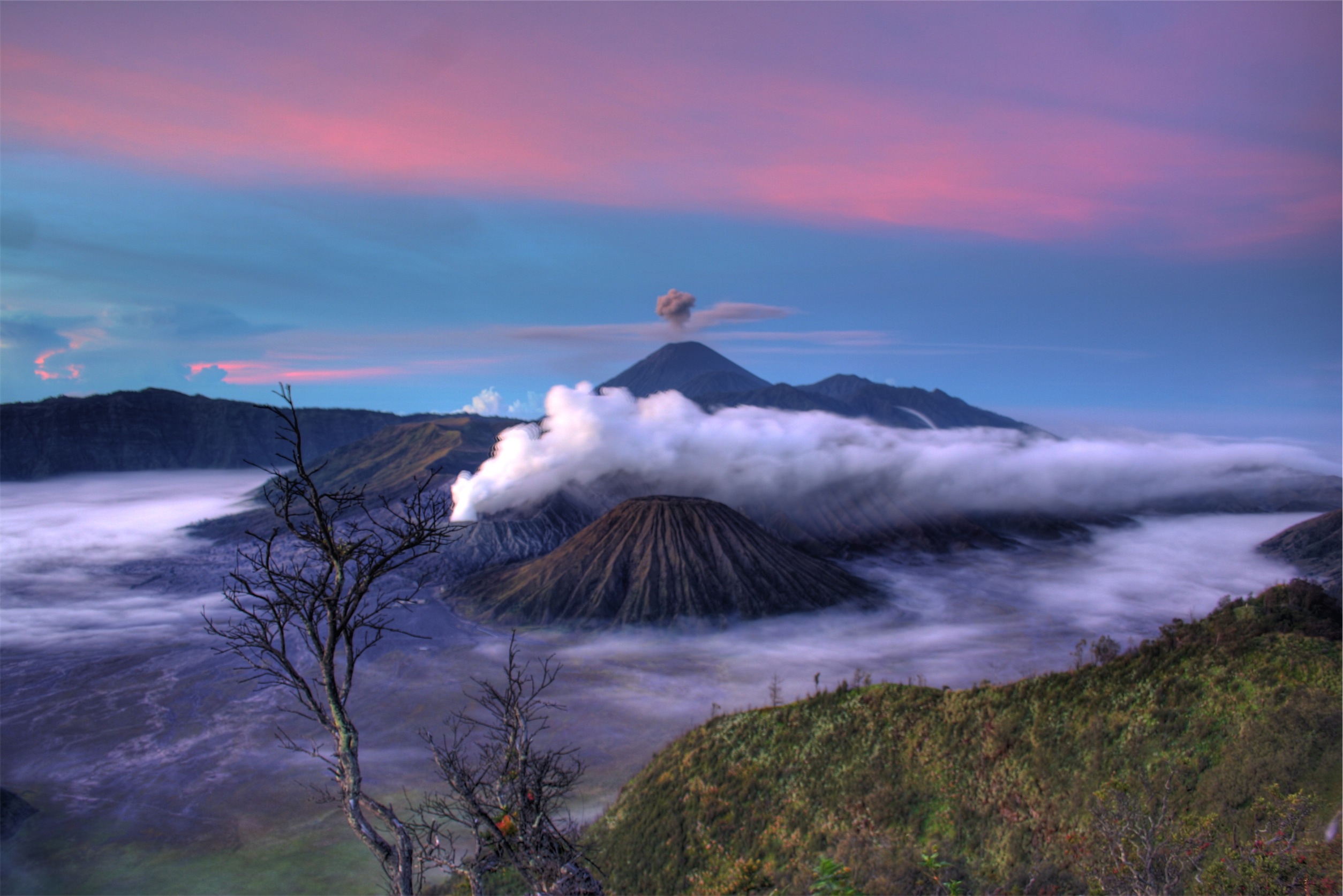 Just over two years ago I came up with a crafty idea. I thought, why not set myself the ambitious quest to climb 40 volcanoes by the age of 40 – a feat that needed to be achieved in a five-and-a-half-year time frame?

It was a bold, daring plan, borne out of a fascination of lava and plate tectonics… and the itchy-feet desire to make more of my life and challenge myself. I’d just quit my pharmaceutical journalism job of five years to go freelance and I needed a new purpose. I chose adventure.

When I conjured up the Kat’s Hot Peaks Adventure challenge, I was overcome with excitement. Google took me to exotic places with looming cone-shaped peaks. Some were in hard-to-reach corners of the globe, others breathed fire, while others still were mighty beasts capped with snow. Before long I had my dream list of 40 volcanoes. It was going to be awesome.

Initially – being the novice that I was – I just expected I would put one foot in front of the other and climb 40 volcanoes just like that. Easy peasy, lemon squeezy.

But it turns out there is a bit more to it. There’s prep work, logistics to work out, piggy banks to fill, and fitness regimes to take on.

After two years, I’ve now climbed seven volcanoes. Technically the number should be more by this point in time but the quest got off to a slow start as I became overwhelmed with the challenge I took on and self-doubt set in. But the beauty of hindsight is learning from the journey.

Here are my tips on how to have your own volcano adventure (without making my mistakes).

My 40 volcanoes list was extravagant – very extravagant. My itinerary had me traipsing off to Russia, Indonesia, Central America, the Caribbean, and Japan, to name just a few of the destinations. But as I soon found out after a bit of research, ticking off each volcano wasn’t as easy as just jumping on a plane to location X and then swanning up a volcano and being back in time for dinner (seriously what was I thinking!).

My first stumbling block came with Tenerife’s Mt Teide, located in the gloriously tropical Canary Islands. To climb this 3,718m high volcano, it turns out that one needs a permit, and at the time of my research, that permit to climb is only for the specific day you select. Likewise, Mt Ararat in Turkey also requires a climbing permit. While permits shouldn’t stop you from embarking on a volcano adventure, it is an additional bit of red tape (and cost and time) that should be taken into account.

Thankfully, not all volcanoes require a permit. But there are other logistical factors to be considered when choosing your volcano. For instance, consider the best time of year for climbing. The volcanoes in Iceland, for example, are best climbed from mid-July to August when there is less snow, and weather conditions are more favourable.

Also take into account how accessible the volcano is. When I climbed Nevis Peak on the Caribbean Island Nevis it required a flight to St Kitts, a taxi to the port, a boat to Nevis, and a taxi to the volcano. There are volcanoes that are more demanding than this.

Make Sure Your Fitness is Up to Scratch

Climbing Gran Cratere on the island Vulcano off the coast of Sicily was hard going – and it was only 390m high! It was about 35 degrees Celsius, there was no shade and I was feeling very unfit. My belief that I could just stroll up a volcano was very much tested. The take home message is volcanoes are steep – Mt Ngauruhoe in New Zealand, for instance, has a steepness angle of 30°. You need to be relatively fit otherwise it just isn’t enjoyable.

Also factor in the altitude of the volcano. Mt Etna, in Sicily – Europe’s tallest active volcano – is 3,350m high, for instance. The air starts to thin at around an altitude of 2,500m so anything higher that than is putting additional strain on your body as you try to suck in as much oxygen as possible. Everybody responds to altitude differently, and being fit doesn’t actually mean you will respond any better.

When I climbed Mt Etna – the first time I’d climbed to this height – I experienced a very rapid heartbeat, I was out of breath, dizzy, lightheaded and a cough developed the higher I got. Many taller volcanoes, such as Kilimanjaro at 5,895m, will require acclimatisation to make the going easier. If you haven’t climbed to height before it’s good to do a bit of research to know what you might be in for.

Be Safe and Have the Right Kit

Dormant (sleeping) and extinct volcanoes are pretty straight forward but active volcanoes, although exhilarating, can be scary and you need to consider safety precautions. On Mt Etna, we were encouraged to wear face masks because of the toxic sulphur gas, while on both Mt Etna and Stromboli, off the north coast of Sicily, we had to wear helmets in case of flying rocks. We were told a harrowing story while on Stromboli about some guy who decided to camp out on the crater rim. In the middle of the night the volcano erupted and he was caught in a shower of lava. His sleeping mat barely lived to tell the tale and is now an exhibit at the island’s museum. Active volcanoes are not to be under estimated. Do your research and have the right travel insurance.

But it’s not just what comes out of a volcano that can be dangerous. On the day I wanted to attempt Mt Ngauruhoe in New Zealand, I was advised not to. This was because it was too windy and I wouldn’t be able to hear rocks rolling down the slopes, which might hit me on the head. Furthermore, the cloud was very low and visibility wasn’t good – not ideal volcano-climbing conditions. Always consider the weather before setting out.

In addition, have the right kit – for example, it can be cold at the top of a volcano because of the altitude (especially if it’s not particularly active) and, in the case of snow or ice, you’ll need crampons for your boots.

There are many volcanoes around the world that don’t require a tour guide but also many that do. And some volcanoes have the option of either or. This is something to investigate. Of course, there are both benefits and disadvantages of tour guides but in the interests of your safety do take this into account. When climbing Nevis Peak, one girl in our party rushed off on the descent complaining we were going too slow. She wasn’t waiting for us at the end and the guide had to go back into the jungle-covered slopes to find her.

I went into my quest blissfully ignorant but after a bit of research I soon became overwhelmed by all the unknowns I was about to face, leading to self-doubt and excuses quickly entering the scene. I wasn’t fit enough, skilled enough, experienced enough, brave enough to climb these volcanoes, I thought. But this is just the negative voice in your head – like any physical challenge there is also a mental challenge you should overcome.

The important point is that conquering the mental challenge is half the battle to conquering the physical one. Recognise when your self-doubt rises up and excuses start to be made. Break the challenge down to baby steps to make it less overwhelming and celebrate each step as you achieve it, recognising the progress that you’re making. And most importantly, keep going. With each step, you are closer to achieving that goal.

This volcano is easy to get to. Jump on a flight to Naples and join up with a day tour either from Naples or the new town of Pompei. The bus will take you halfway up the volcano meaning you only have to walk up 860m of steep path to get to the top. And no special kit required. At the top, you are greeted with a spectacular view over the Gulf of Naples, while you get the buzz of being on an active volcano, staring down into the crater and watching steam issue from vents. Many day tours also include ticket deals for entering the buried towns of Pompeii and Herculaneum so you get the added bonus of culture and history as well.

Katrina Megget is an adventure travel & health journalist, with a passion for long-distance walking & fighting self-doubt. To read more about her challenge of climbing 40 volcanoes by age 40, check out her blog or follow on Twitter.