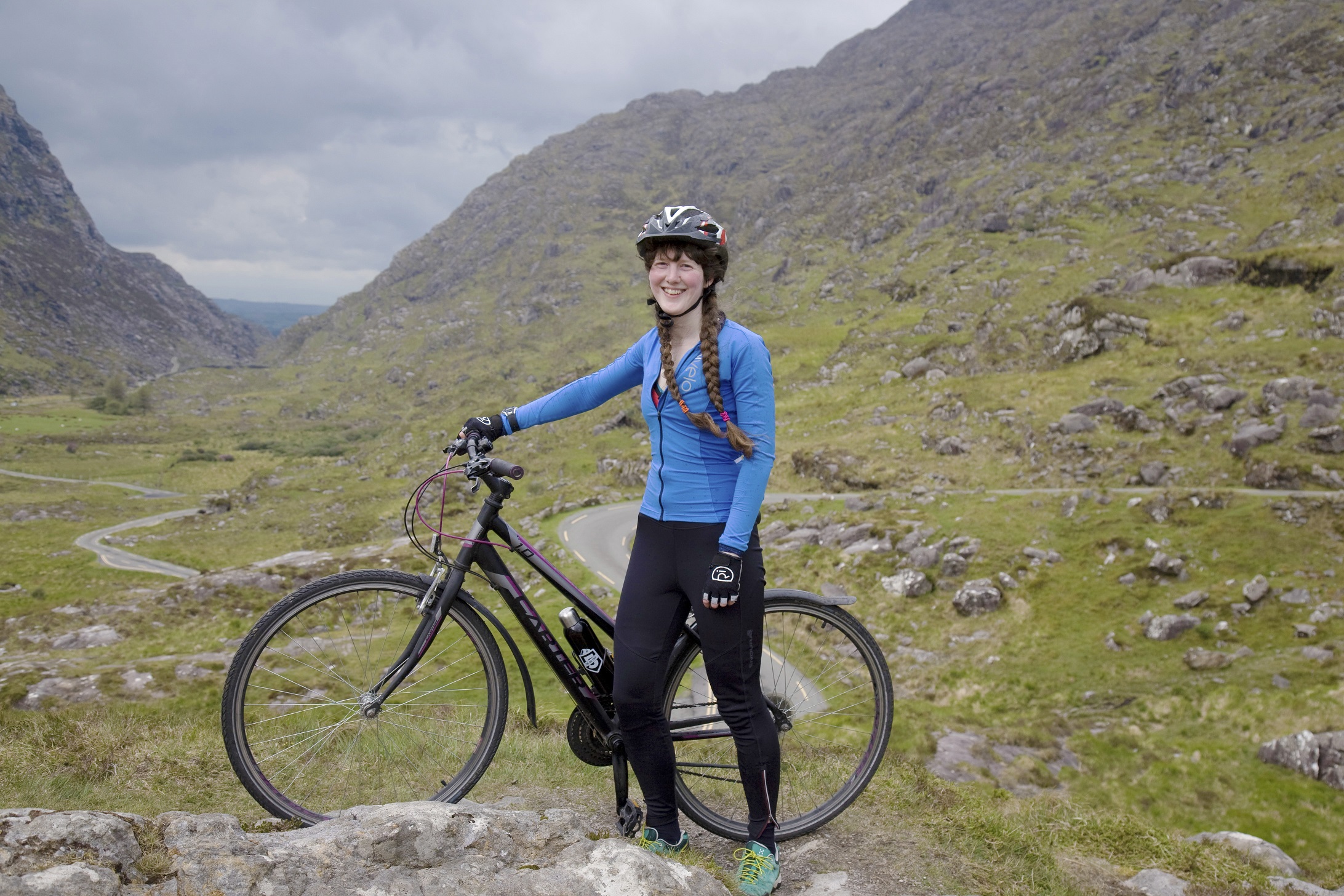 Last week, Alex and I met up for a quick review session of our plans for the Rhine Source to Sea cycle. It was a lovely sunny day and I walked over to her house because she’s back from Switzerland at the moment. We’ve been planning everything on a shared Google spreadsheet. There are tabs for the route, our kit list and money. Most discussion has taken place in Facebook Messenger.

I say this to shatter any beliefs about adventure planning. Although I’d love to get some enormous maps spread over floors and tables, this hasn’t happened to me yet. It’s usually through the wonders of Skype, Messenger and Spreadsheets. How incredibly modern…

If you haven’t read the last Rhine post, read it now: 2019 Adventure Announcement!

Let me come clean with you here: Alex planned the lot. She said she would and I’ve been incredibly impressed with her spreadsheet skills! We now have a day by day itinerary based off which campsites are available and the cycle touring rule of thumb – that’s 60km per day. I know that’s not much and most days we’re doing much more than this, it’s just a helpful starting point.

Now that we have this route card, however, we’ve decided we’d rather not book the campsites ahead of time. Why? Because you never know what’s going to happen. It was something we’ve discussed quite a bit. On one hand, if you book you never have the soul destroying experience of every campsite turning you away. On the other hand, having a strict schedule can be equally stressful. Plus you can’t break out of it and go faster once you’ve booked.

We’ve decided to take our chances. Alex pointed out that it is the summer, so high season for campsites. She’s right too that I’ve never done cycle touring camping in high season. But the idea of being stuck into a rigid route card really didn’t appeal to either of us. We’ll book the first night at the source, near Andermatt, and leave the rest to chance.

Making cheeky comments is always dangerous in adventure planning. Someone might take you seriously. On our list of potential options to get home from the finish we had:

So I cheekily added, in orange writing “Cycle?? ;)”. To which Alex replied in blue, “Haha ok :D”. As it stands, we are hoping to take the Hoek van Holland to Harwich ferry and cycle home from Harwich to Devon.

This may or may not happen, depending on the speed we take out the Rhine. It’s mostly my fault for changing jobs and not having enough holiday to do the full route (more on this later!). So we’ll see. We’re going to book a flexible ferry and keeping our options open.

“Where actually is the source of the Rhine?” I asked, “Is it in Andermatt?”

A very dangerous question. It turns out that Euro Velo 15 starts in Andermatt. But, according to Wikipedia, “Lake Toma… is generally regarded as the source of the Rhine”. Ah, okay, where’s that?

Turns out that Lake Toma is roughly a 2 hour cycle out of the center of Andermatt. There is no road up to it, but it can be accessed on foot. As this revelation sunk in, we looked at eachother.

“Ahhh… we’re going to have to go to the lake now aren’t we?” said Alex.

Too right. So, ladies and gents, we’re going to try to get ourselves to the very source of the Rhine. Even if it means we have to carry our bikes to it. Oh heck, what have we done…!

Last time the big question was about getting my bike over to Switzerland. Well, guess what? It still is… I’m still very uneasy about flying with my bike. Not so much the actual flying bit, but the getting it right and being able to arrive at the start of our tour with a bike I can ride!

I realise I’ve been putting off making a decision, so after applying my method of getting to the bottom of things I know what the problem is. To put it nicely, my bike is a ragged old workhorse. I’m not concerned about breaking it though. What I’m worried about is having it either rejected by the airline, or being unable to reassemble it in Switzerland. The other decision I need to make is: would it be easier/cheaper/better to get a bike out in Switzerland? The devil you know or the devil you don’t?

This past week I’ve been trying to decide if my bike is good enough to survive the trip. By which I mean, I’ve been cycling everywhere I might normally drive to see what’s up. Answer:

Basically Emily, you need to fix these problems, or find out how much it would cost to fix. Your alternative is to get a nice reliable touring bike that will hopefully last you forever (and have disc brakes and a front rack and quick release wheels and….). Yah. Sort it out girl, you need to book your flight.

I’ve been cycling a fair few times before now, but that doesn’t mean there isn’t room to tweak or improve the kit. If you’re interested in what I take, here’s my Complete Bicycle Touring Gear List and Irish 3 Peaks Packing List – Cycling and Hiking.

If I’ve learnt anything, it’s that you can get away with far less than you think. Plus I need to keep in mind what I can take on the plane in terms of liquids and sharps. Anyway, the things I am looking at are:

Part of me is uncomfortable talking about this side of things. But I feel like I need to, to be 100% honest with you guys. I had great plans for trying to get sponsorship. But it’s not been going very successfully really. This is almost completely due to a lack of time on my part. This game takes a lot of time to play.

On the off chance that anyone knows anyone, I’d love to work with a water filtration or reusable water bottle company. Mostly because I have this crazy idea for taking a bottle of water from the source and then cycling it all the way to the sea. Plus the Rhine is one of the most polluted rivers in terms of microplastic, so there’s got to be some awareness campaign we can do around that… Heck, we could even compare water samples from the top to the bottom.

Get in touch with me here if you think this is epic. I won’t hold my breath, but I may cross all my toes!

Soooo I think that’s all for the Rhine so far. I’ll be doing more regular posts about it the closer we get to A-day (adventure day). But hopefully this will give a really candid insight into what goes into planning an adventure. As ever if you have any questions about anything, please please give me a shout. I’m more than happy to help.

I feel like you should also know that I meant to have a completely different post going live today. If you follow me on Twitter, you’ll know I did a big request for names of women who walk or run solo. Well heck is it taking a long time to go through! I will create this supreme list, but it is taking me so long! Thanks for your patience 🙂

P.S. I also mentioned a change of job and I’m very excited to tell you all about it. Just not quite yet…