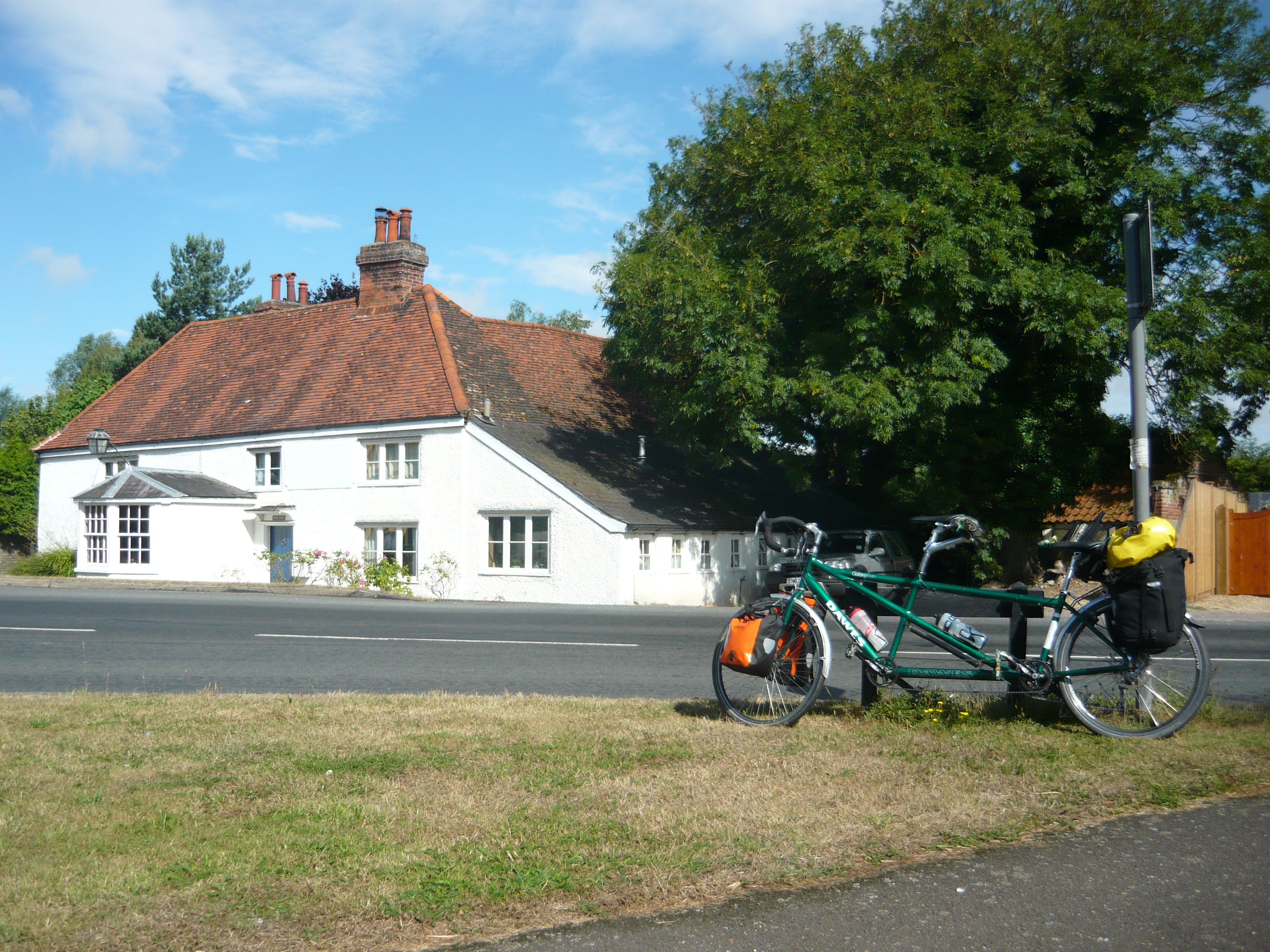 I dropped the bike. The fully loaded tandem wrenched itself out of my hands as I ran, somewhat tragically, after it into the carpark. Several people in the campsite stopped to look as it hit the floor with a bang. The strong, independent female inside me died of embarrassment.

Joe picked the bike up. I was too shocked to say anything. I’d asked if I could push it on my own for once. He’d checked I was okay, because it was pretty heavy with all of our stuff on it. I’d said I’d be fine. I didn’t check that I had my hands in the right place to use the drop handlebar brakes. Why do people make campsites on slopes anyway?

“It didn’t hit the car,” I said again, for the third time.

The car was actually an enormous black van, complete with bumper bars and stickers. It looked so tough that if the bike had hit it, I’m pretty sure it would have bounced straight back up again.

“Is it alright?” I asked Joe, quietly.

He looked at the back wheel again, “I think it fell on the bags. It looks alright.”

The rest of the campsite had gone back about its business.

“Can you hold it for a minute while I go and pay?”

I nodded, took it, held the back brake on like usual and stared angrily at the floor. I was angry at myself. Why didn’t I just check? Now it looks like there’s a reason I never get to steer it. Imagine if I’d broken the bike before we even got on the ferry. What a way to start.

We’d been cycling for 2 days already but, as far as I was concerned, today was the start of the trip. Today, we were going to step off the ferry into Holland – assuming I didn’t manage to sabotage everything before then. So far, it had all been going swimmingly. But this was the bit we’d actually planned.

We left Cambridge mid afternoon on 20th August. Joe’s brother had very kindly put us up for the night – and taken us out punting that morning. I’d never been to Cambridge before and it was all very surreal (never mind packed with tourists). With very little ceremony, we came back, shoved the last bits into our panniers and left.

It was hot and sunny cycling through the enormous fields of Sussex. I come from a place where almost everyone farms sheep, so the acres of crop were fascinating. Everything was going smoothly, I was navigating off OS maps strapped to my handlebars – a pretty new innovation for us. There were stops for icecream and cake, just like usual.

This morning, I glared straight through the map as we pushed hard along the main road to Harwich, getting swept along with the traffic. I hate being stupid, but as we arrived in the ferry port, I completely forgot about being angry. After three days, we’d made it to the start of our adventure.

BOOKED: The Cycle Touring Adventure of a Lifetime