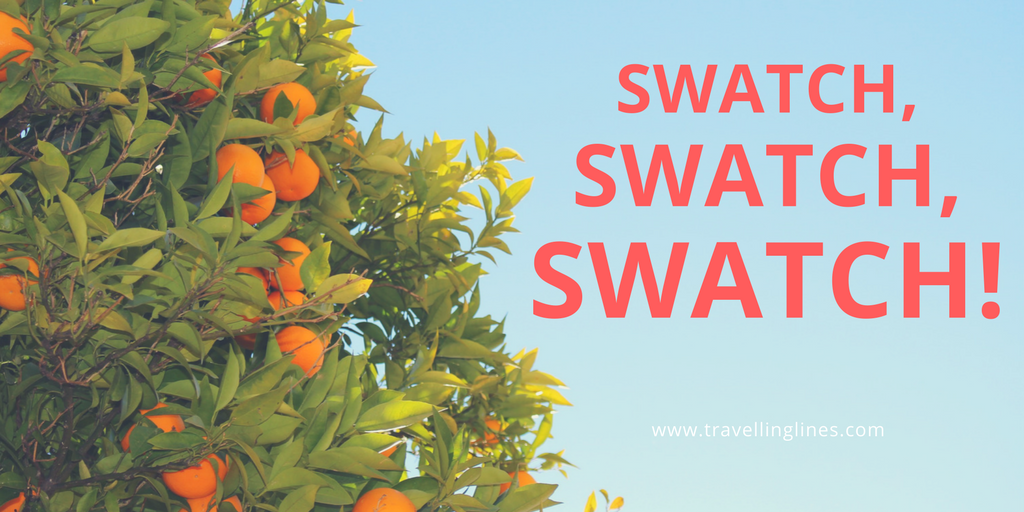 My bedroom floor is covered in knitting needles and yarn. Covered. It’s so bad, I’m too embarrassed to take a picture of it…

… all neatly (read haphazardly) arranged on top of the remnants of a book-binding project and a pile of outdoor gear.

I feel like this is a good analogy for my life at the moment.

Confession: before I started designing, I never swatched.

Apologies to all of the knitters who fainted just then.

I was one of those lucky people who managed to knit to tension, by complete chance, in every project I did. Maybe it was fluke, but it worked just fine for me.

Especially considering I almost never knitted anything in the suggested yarn.

So why have I started swatching now?

Well, as a designer, it helps to see what your knitting might turn out like before you commit yourself to a whole garment. You don’t really know what size your pattern will come out, or how it will look until you’ve tried it in yarn.

Although, saying that, I sometimes still don’t bother for my own patterns.

I have a very visual brain, and if I have a good enough idea of a garment in my head, I just go for it.

At the risk of causing any more no-swatch-anguish, let me explain why my room’s a yarny mess.

It seems that several knitting magazines have their autumn submission deadlines around about now. At the moment, I’m pretty darn unemployed, so I’m swatching my socks off in the hope that one of my submissions will get picked.

I have been successful with magazine submissions before, so fingers crossed.

But, for those of you who’ve never tried, or even thought about it, let me explain.

The two key parts of every magazine submission are the swatch and the sketch. The sketch gives the editor an idea of what this garment you’re trying to describe actually looks like on a person.

The swatch allows them to see what your pattern would look like in yarn. It doesn’t have to be the right yarn, it just has to be kind of similar. Or have similar properties to the one you’d like to use.

I spent the end of last week swatching for a deadline.

That one’s done, and now I’ve got another two coming at  the end of this week. But I’m off to get my Gold DofE Award on Thursday (at last!) so I have to get a move on.

Which is why, of course, I’ve decided to blog about it, instead of doing something useful.

Extreme Adventure… Knitting? Knitters Like You’ve Never Seen Them Before