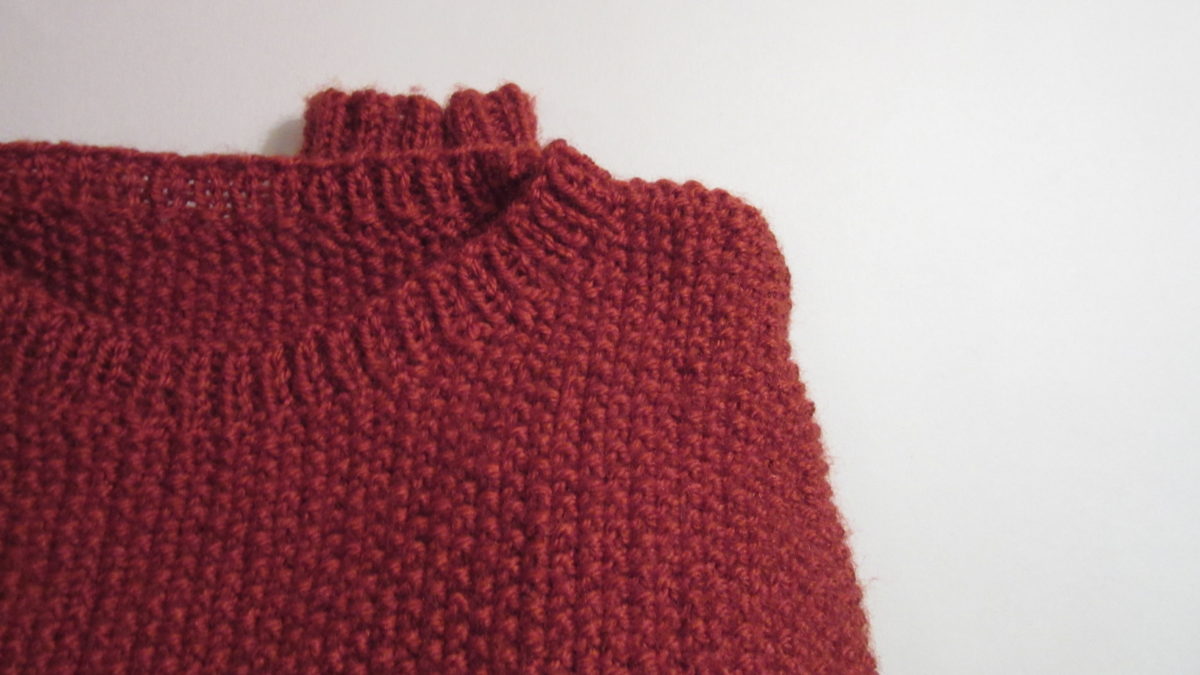 Alright guys, it’s time to come clean. As you might have guessed from my prolonged absence I’ve had a fairly eventful New Year. But, before I tell you about it, I need to tell you the truth. I didn’t finish my Christmas knitting on time.

It’s shameful really and I didn’t want to post until I could say, “Look guys I’ve finished it!”. Now for story time…

So what actually happened?

Well, Mum’s cowl was finished with fine with many days to spare. Uneventful. I’ll do a post on it when I can pin her down for a photo! That jumper, on the other hand, was a nightmare.

If you remember in my last post, I was something like halfway through the first side of a jumper. Six days before Christmas. I quickly gave up any hope of posting it for Christmas, but I was meant to be seeing the recipient in the New Year. That gave me a few days more leeway.

All other presents ready, I spent hour upon hour knitting that jumper. It got to the stage where I knew I could knit one row of the body in 6 minutes. I simply couldn’t knit fast enough.

Not one to give up, I spent Christmas Eve knitting like it was a uni revision session. Knit from breakfast to lunch, knit from lunch until dinner, knit from dinner until bed. Remember to get up and make a hot drink every now and again. I got in about 8 hours.

By Christmas Day, I had done both sides of the body and started on the first sleeve.

Into the New Year then…

I was leaving for a New Year meet up in Snowdonia on the 27th December. The plan was to deliver the jumper upon arrival. There were 5 hours of knitting time available on the train, which took me to about the arm hole on the sleeve.

Train knitting aside: I find it hilarious knitting on a train. Some people are very interested or even concerned about what you’re knitting – the conductor on one train told me to finish my row before handing over my ticket in case I dropped a stitch!

Anyway, long story cut short, I arrived at my final station with an unfinished and unassembled jumper. It rain A LOT while we were in Snowdonia, so I had even more time to knit, but I still couldn’t do it.

But I did finish it!

When I finally gave in, I was so sick of moss stitch that I couldn’t pick the jumper up for a week. I finished yesterday after a redesign of the sleeves (and lengthening, again!) so it’ll be in the post soon.

Instead of retyping everything, the link to the Ravelry project is here. The finished dimensions are man-sized, but I kind of had to try it on… You can see why I got so frustrated with the sleeves. Look how long they are!

Since I really have no clue about posing, I have treated you to two familiar looks styled off social media. Above is the my take on the Maniac Pose and below is the Fifteen-year-old-on-Instagram Pose. Aren’t you spoilt.

Apologies for the tip in the background. My bedroom has been turned into a studio at the moment for my Learn to Knit course. The same reason why my camera was accidentally left on 16:9 aspect ratio for these photos. Ooops.

So was it worth knitting?

I guess we’ll just have to see. My biggest concern at the moment is that it might not actually fit over his head… I’ll be getting it back in the post next week for adjusting 🙁

If it’s a real disaster, I guess I could just unpick the lot and start again…

5 Signs that Your E-Course is Driving You Crazy