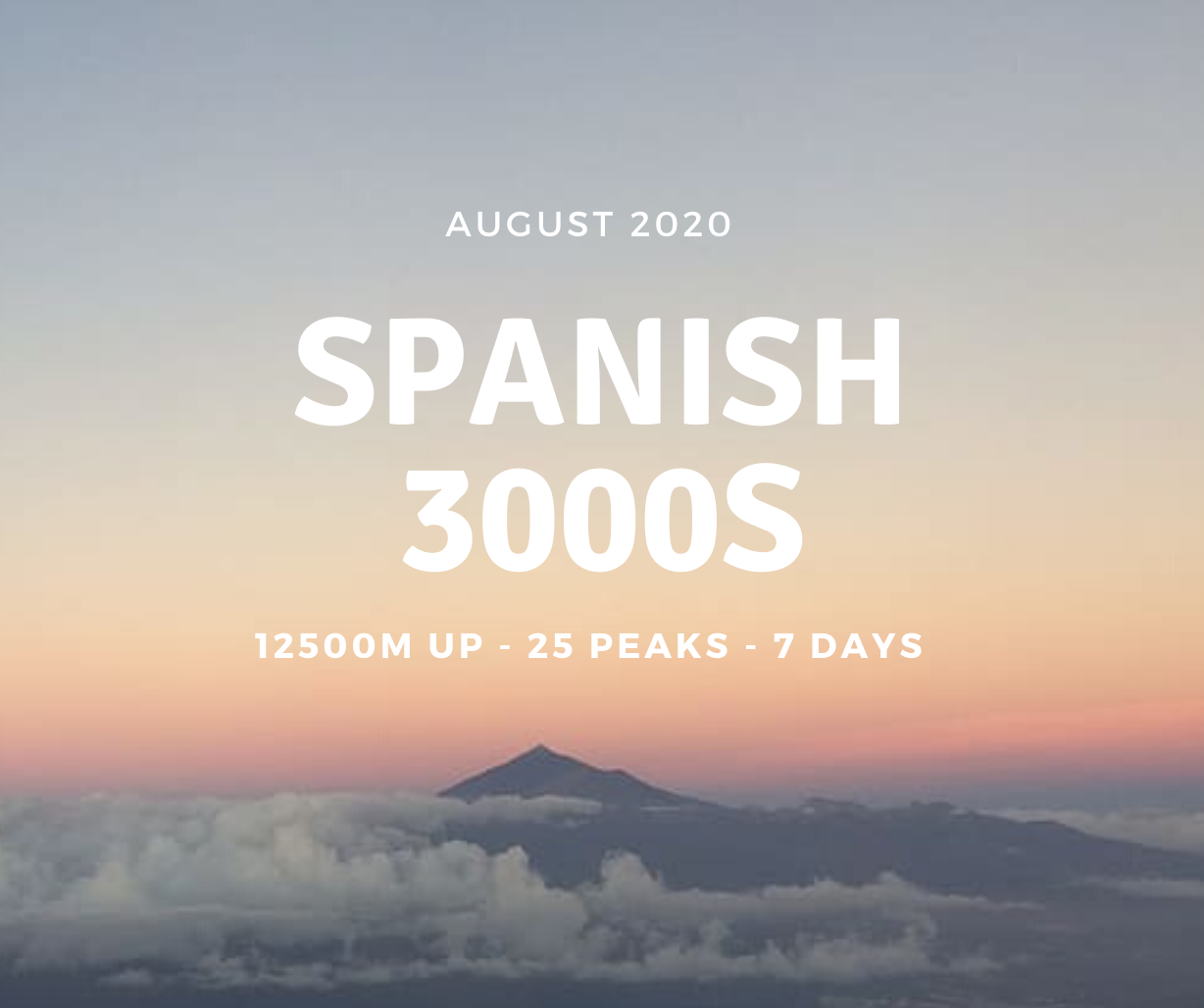 Climbing 13 peaks in the Sierra Nevada range, all over 3000m, in a week solo and unsupported. See the blog post links at the bottom of this page for the story of how the expedition changed.

My first ever trip abroad without my family was to Andalucía in Spain with my school. They didn’t normally do Year 10 Spanish trips, but my class teacher really liked us and knew he was leaving soon, so he made it happen. This is the man whose parting words in assembly were, “Follow your dreams, no matter what those dreams are… if you believe, you’ll get there.”

We went in March, it was wet. But I’ve got photos from the trip with snowy peaks in the distance. I thought nothing of them until I was on the hunt for a 2020 summer project: something high but not too technical. Finding companions for these sort of trips is tough and I didn’t want to overstretch myself solo. That’s when I came across the Sierra Nevadas of Spain. They’re south enough to be mostly snow-free in summer. They’re off the beaten path, so nicely wild and empty even in summer. Plus they’ve got a high density of 3000m peaks, including Mulhacen – the highest in Spain, which could nicely scratch my peak bagging itch. Perfect.

Digging deeper, I discovered something called the Integral: doing all 3000m peaks in one swoop. But I wanted to spend a good week in the mountains, but most people seemed to do it in 5 days or less. Not enough of a challenge. That’s when the minimum ascent rule came in. It would stop me from doing the bog-standard route but still get to enjoy the Sierras.

Then, I discovered that, technically, Tenerife also counts as Spain and has a 3000m peak on it. “Hmm...” I though, “I wonder if…” So that’s how the challenge was born.

No, not the Disney movie, although high-fives to Merida. When I was climbing Triglav last October, so many people I met said, “Wow, you’re so brave doing this on your own.” Or variations upon: “Aren’t you scared?” “Where are your friends?” It simply hadn’t occurred to me that it might seem brave to be alone. I mean, why would it? Sure, there are risks associated with being solo, but I felt like I had that covered. I wanted to go, I had the skills and so I went. Brave had nothing to do with it.

How are you preparing?

Honestly, I’m trying to remain active during the lockdown. I walk or cycle instead of drive. There will be a lot of descent in this challenge, so I’m trying to stop my knees pointing inwards when I step downhill (strength exercises). Otherwise, I’m dusting off my Spanish GCSE and trying to learn as much about the area as possible. I’ll be going off the already-not-particularly-beaten path, so any local knowledge is very helpful. The other big decisions are cooking (as I’ll probably go hand luggage only) and water carrying/purification.

This is the list of intended peaks. The peaks I actually climbed on the expedition, that counted towards the Guinness World Record, are in bold.

This section will contain any media coverage of the trip. If you’d like to receive press releases from me, click here.