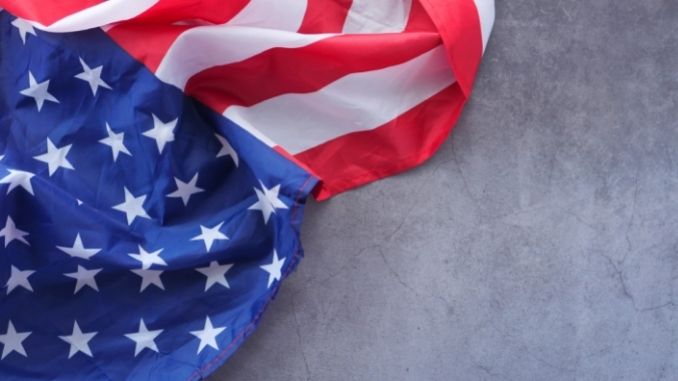 I am American. I was born in Silicon Valley in the 90s and left before my third birthday. I have never been back. Growing up, I loved the number of songs about Californian girls because I knew that, secretly, they were about me. (Now imagine 6 year old Emily bouncing around the kitchen to the Beach Boys.) If we’d stayed, I felt certain I would have been a surfer dude – although I have zero ability to tan and lost the blonde bob not long after moving to the UK. More likely I’d be doing what I do now, just in Yosemite or Joshua Tree. But it makes me smile to think of the Californian girl I might have been.

You, like so many of my childhood friends, might be thinking, “But wait – you’re not American. Sure you were born in the States, but your parents aren’t American and you’ve spent almost all of your life elsewhere. You’re just a person who happened to be born in California.” And you’d think that was true. I’d been told all my life that I was American and I used to like to whip it out in dull moments to surprise people. Generally to complete disbelief. But, like Captain Jack Sparrow without a ship, I’d insist that I really was American. Even with no classic signs of American-ness and especially when people told me I wasn’t. Having a quirky background was fun. I knew I had a social security number somewhere and had a passport once, but it didn’t really mean anything tangible.

And then, like Davy Jones requesting his hundred souls, I discovered what calling myself an American all these years actually meant. Sometime around my first post-uni job, I discovered two things. Firstly that I was unequivocally an American citizen. As the US government puts it, it’s my birth right – regardless of whether I have a valid passport or live anywhere nearby. Secondly that the US government taxes their citizens on their worldwide income, internationally, regardless of any other residencies or citizenships. What the actual hell?

Do I have to pay tax? I haven’t yet. There is a roughly $100,000 threshold yearly on foreign earned income. But I do have to file tax returns in the US yearly, regardless, and send them details of the maximum balance in each of my bank accounts every year. It also makes getting some UK bank accounts impossible and dramatically complicates all sorts of things that should be straightforward, like pensions and selling a house. All this for a government department that still works on fax machines.

You’re probably thinking, “That sounds like an awful lot of effort for a country you have almost no ties with. Just renounce your citizenship, problem solved.” Au contraire Snape-a-doodle. Nothing is so simple when the US is involved. It is possible, theoretically, to renounce. But only if you’re 100% up to date with tax filings, have an interview at the embassy and do more paperwork. Oh and we’d like two grand for the privilege, please. Once you’ve made the choice to renounce, it can’t be undone. But don’t worry, because you can’t actually get an interview for the foreseeable thanks to a Covid backlog. So, at least for now, we’re all stuck with it.

This therapy session (read: rant) isn’t quite over yet, but let’s bring it back to something more normal for an adventure blog. Given that I’m stuck with this thing for the foreseeable and still kind of like having a quirky dual citizenship, in spite of everything, I had an idea. The most sensible thing to do would be to go to the States again, for the first time since I was 2 year old. Go back, experience it and see if I feel American. If I don’t like it, I try to renounce as soon as I can. If I like it then the horrendous form filing becomes slightly more worthwhile.

And what better a way to experience the US and meet people than to do a classic long distance trail? If I can’t find nice people who like mountains and sleeping under the stars there, the kind of American that I might just be, then where will I! Of course, even that isn’t simple. I can’t spend more than 30 days in the US without triggering a different set of tax forms to file (and a whole world of admin pain). So that’s the Great Trails off the list: they’re simply too long. I had thought that a walk across California would make the most sense to get a full flavour of the state I was born in – the full Pacific Coast Trail is a bit too mainstream. But there just won’t be time for that.

Secondly, I can’t actually arrive in America without a US passport. Despite being a Brit, I can’t just get a tourist visa. All US citizens have to enter on a US passport. Unfortunately mine expired when I was two. “No problem,” I hear you cry, “just get a new one!” And I shall. But in classic hoop jumping style, I have to book an appointment at the embassy in London and also bring two photos of myself from every year since the last passport expired. To prove it’s still me. Regardless of whether I have a British passport to prove it’s me. Ah America.

Here then, is the plan. I am somehow going to get my US passport renewed and fly to California. Then, I shall walk the John Muir Trail (also part of the PCT) across California. People tend to do it southbound, starting in Yosemite and crossing the Sierra Nevada range until the final peak of Mount Whitney. But, personally, I’d rather do it northbound: finishing in Yosemite – a place I’ve heard stories about all my life. My parents used to escape there often at weekend. They say I used to make snow teddies in the shadow of El Cap.

Some research revealed that northbound is possible, even if all the guides are written in the opposite direction. And anyway, it’s very in keeping with my character to want to do it backwards. There’s also something very appropriate about doing a trail named after another dual national.

Then as for when… I’m turning 30 in 2023. It seems like a momentous year, the kind to go back and investigate my roots. And then I thought: heck, why not turn 30 in America? Back to where I started, 30 years later. Plus, if I’m trying to experience what the US is like, I may as well take in Independence Day while I’m at it. So there we are: JMT northbound in July 2023.

The planning for this is going to be big. Not just because of all the US passport faff, but also permits and timings. So, since I’ve basically decided it’s a go-er (as in, I’ve committed) I thought I’d bring you along for the ride.

Want to read more like this? How about some of my other big adventures or some adventure stories? Or join my Adventure Squad newsletter to hear about my adventures as their happening. If you’re new to the blog (hello!) you might want to start here first. I’m a female adventurer based in the UK.

Walking the Abbots’ Way: Tavistock to Buckfastleigh (and a little further…)